The level Canopy Chaos is a starting level of the game and is filled with obstacles, enemies and funny birds. Just make sure to follow the instructions mentioned below to get all of the KONG letters in the first try:
Kong Letter #1:
Getting the first KONG letter is not very hard. As the level starts, you will learn how to grab the vines, right after that, you will see a turtle that will be pacing back and forth. Stomp him and then continue forward. Keep practicing your vine grabbing technique while you are going to the right and soon you will come across the first KONG letter that is K. The K letter will be rotating in sync with the giant gear so you need to time your jump if you want to grab it perfectly. 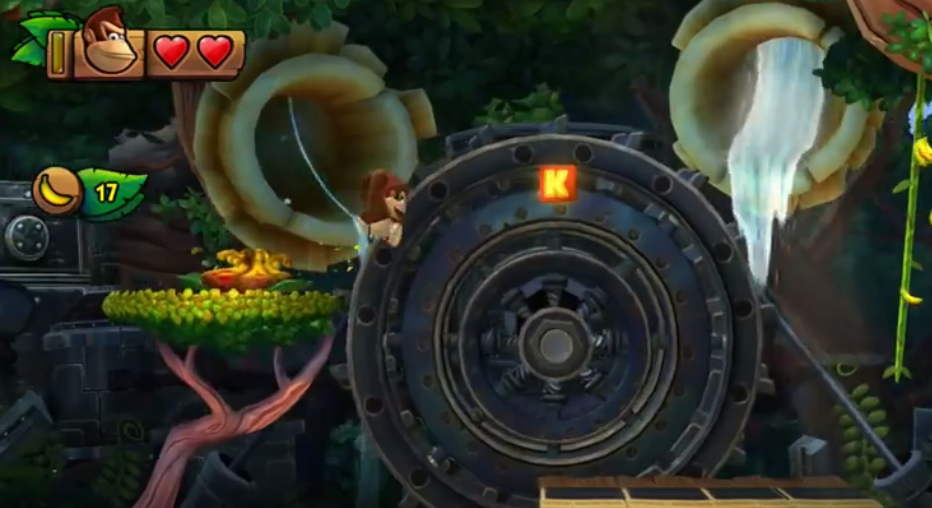 Kong Letter #2:
Now after you have collected the first KONG letter, go forward by jumping over and you will come across a CK barrel. Smash the barrel and you will get the Cranky Kong which will hop on your back. Now you can use the pogo jump ability of Cranky Kong that makes you invincible to the spikes if your jump if well timed. Continue going to the right and then up the path. Soon on your way up, you will see the second letter of KONG that is O. But the letter O will be guarded by the penguin that shoots a fish arrow. Take out that penguin and then you will be able to get the letter. 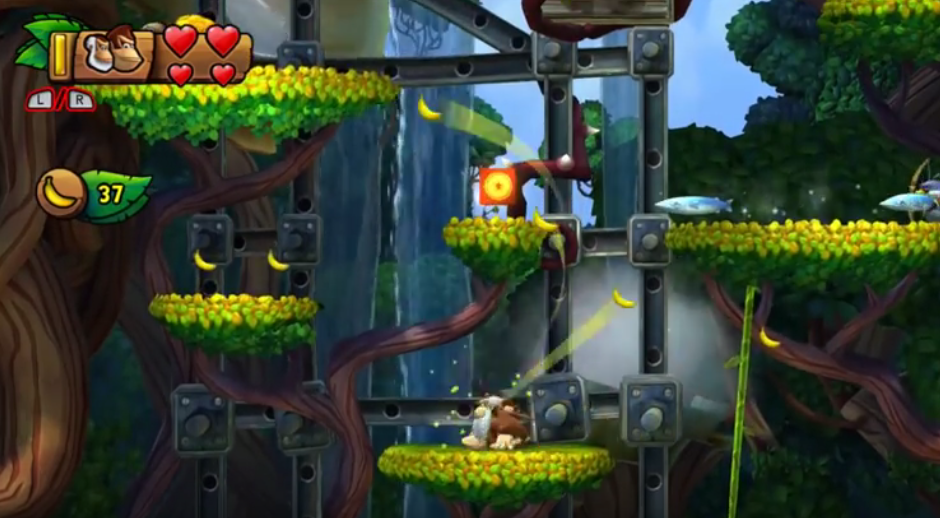 Kong Letter #3:
After getting the second KONG letter, keep going forward and you will come across the checkpoint pig. If you have lost the Cranky Kong, you can get him from the second barrel that is just ahead. Once you have the Cranky Kong, bounce and roll jump your way across the spiky platforms. Soon, you will reach four vines that will have some bugs hovering around. Grab the vines while making sure to avoid the enemies and between the third and the fourth vine, you will see N that is the third KONG letter. Jump promptly to grab the third KONG letter. 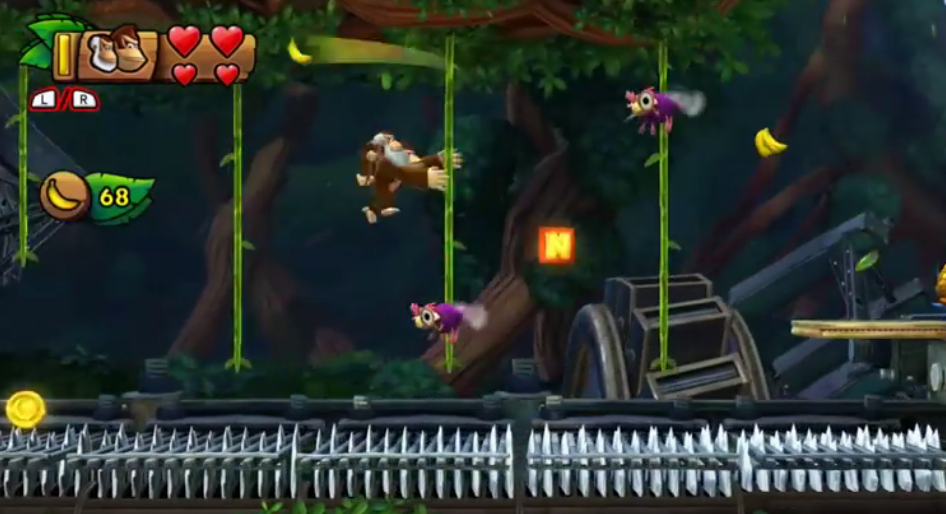 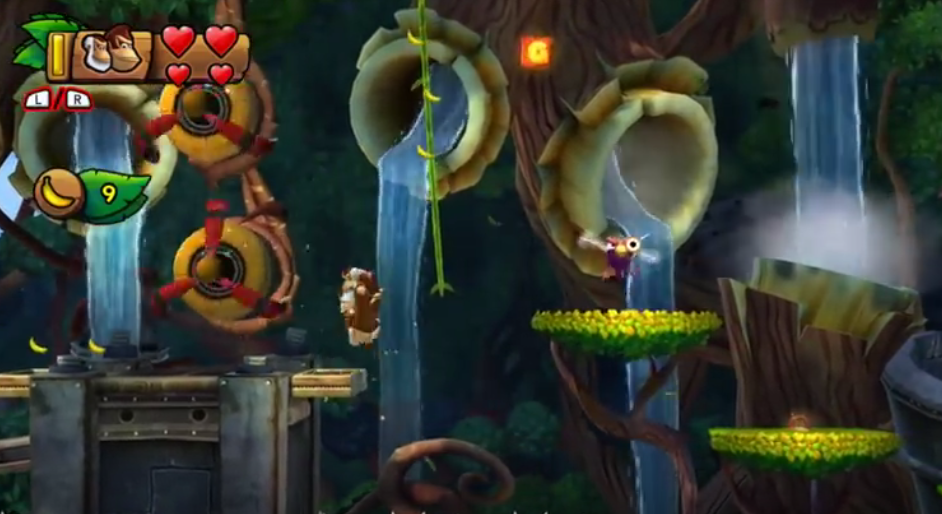 The level is a bit hard especially if you are just starting out the game but it will get easier as you move forward and learn the mechanism of the game. Just make sure to follow all of the instructions mentioned above and you will be able to get all four KONG letters before the end of this level. 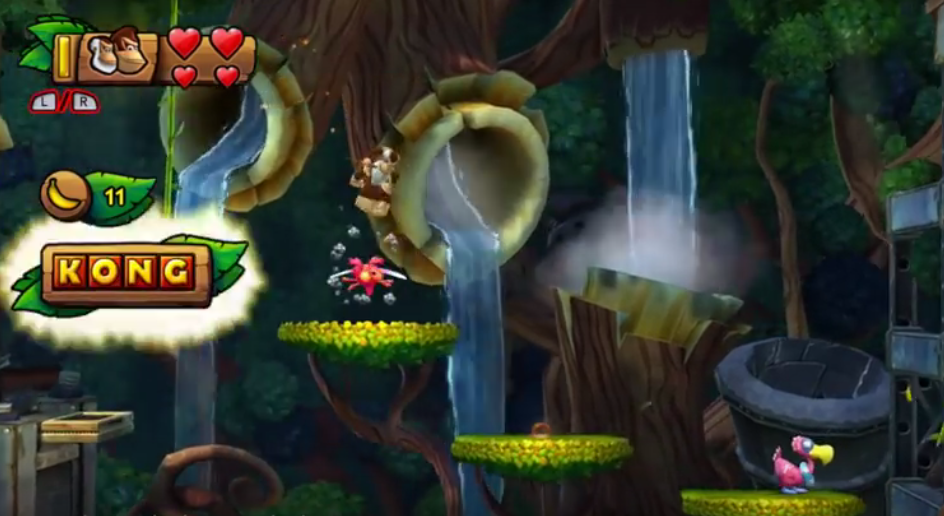