Donkey Kong has a lot of exciting levels and among them, one of the best is Frost Folly. The level has a lot of difficult and fun obstacles and the collectables also spawn at difficult places but that’s where most of the fun lies. If you are finding it difficult to get all the KONG letters in the Frost Folly then follow this guide:
Kong Letter #1:
To get the first letter of KONG, just keep playing the game as you spawn and soon, you will come across a swinging vine and there will be a yellow plant nearby. Just after that plant, there will be a platform. Go to that platform and you will see the first letter that is “K” floating in the air to the right of the platform. There will also be a helmeted penguin patrolling on that platform. Defeat that penguin and then Jump from that platform to the second platform below to get the first letter. 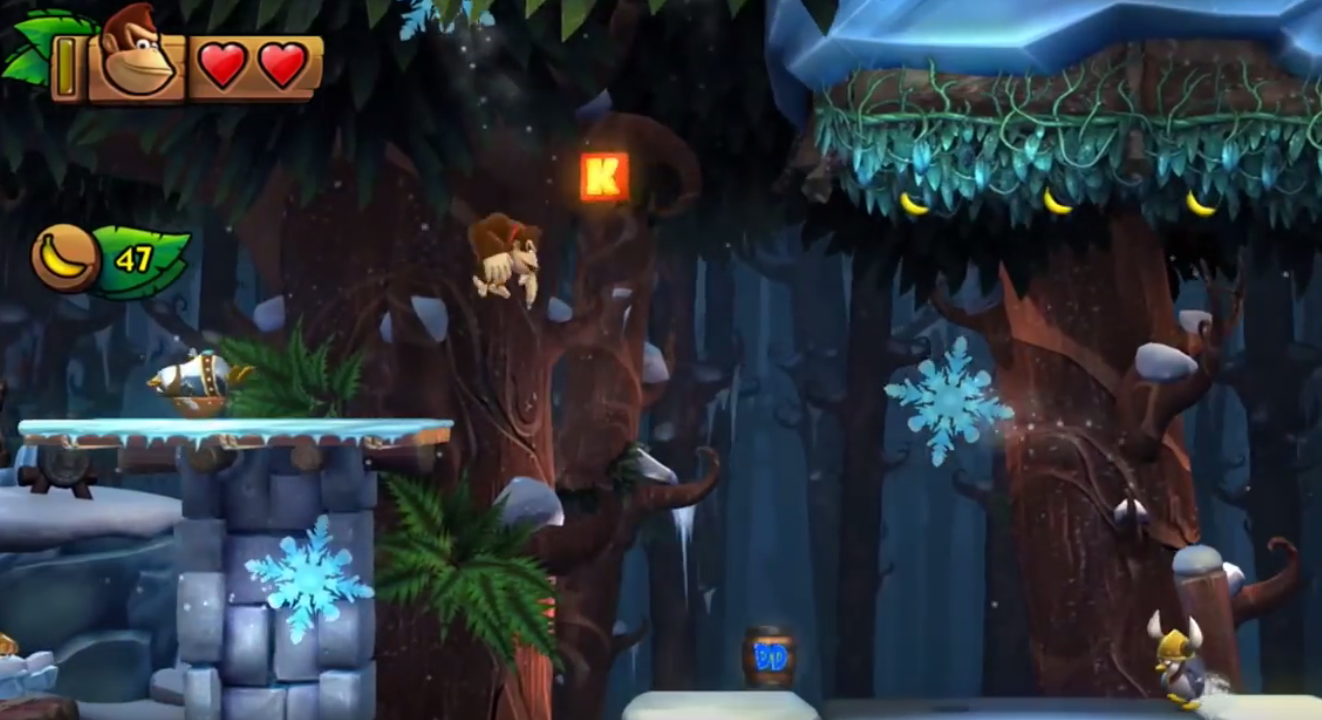 Kong Letter #2:
After getting the first letter, keep playing the game for a while until you see a big grassy wheel. Now what you need to do is to cling to the right side of that big grassy wheel. As soon as you land on that wheel, it is going to move, so make sure that you move in the opposite direction of the wheel so that you stay at the right side of the wheel. This way, you will easily collect the O letter that spawns at the end point where the wheel will go. After getting the second letter, jump to the platform above you before the wheel rolls off into the abyss.

Kong Letter #3:
After playing the game for a while, you will come across the checkpoint pig, after that checkpoint, there will be three vertical vines that will be hanging from the tree. Just after those vertical vines, you will find the third KONG letter floating in the air between the spring platform covered in grass and the blast barrel. Jump from the spring platform timely so that you can easily grab the “N” letter and then you will go directly into the blast barrel. 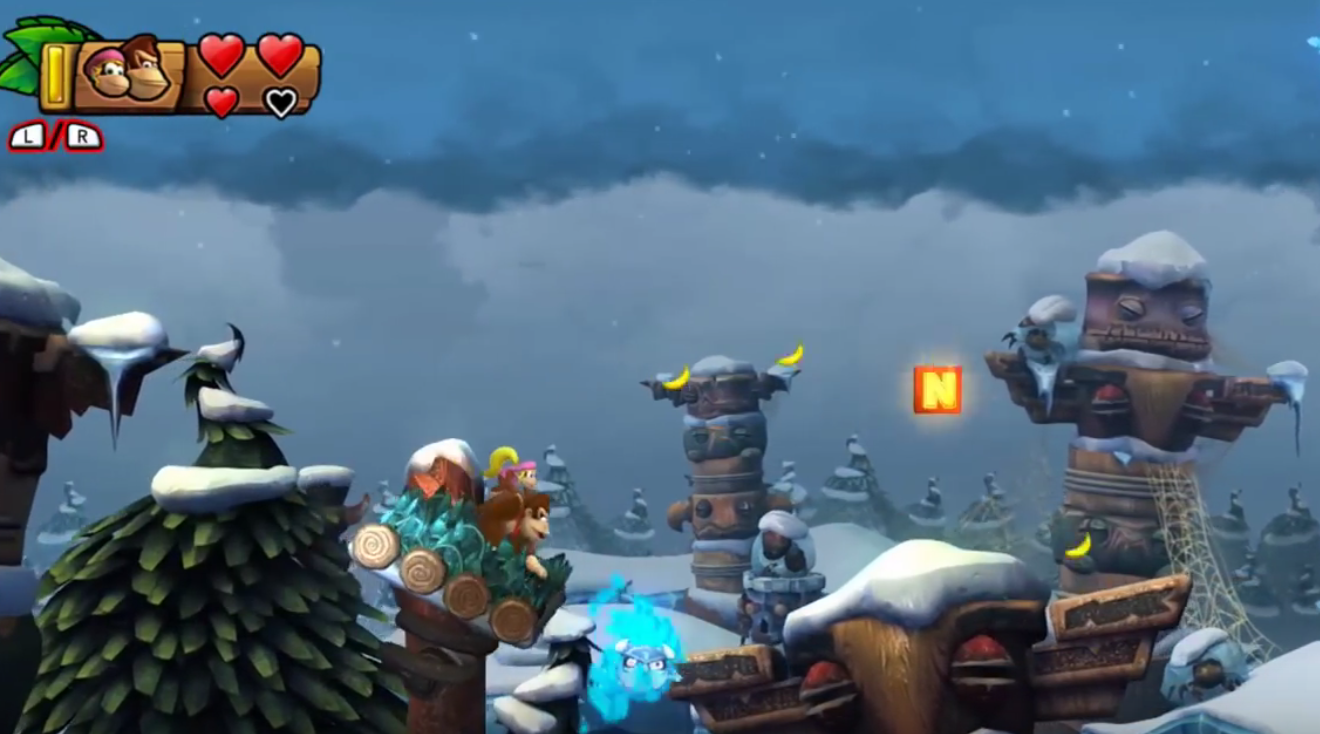 Kong Letter #4:
Soon you will find another checkpoint pig, just after that you will come across a very big enemy with double ended mace. Defeat him by rolling into him as soon as he raises his weapon. After that enemy go a bit further to the right and you will see the final letter of KONG floating beneath the platform where giant snowflakes spawn. To get the last KONG letter, go under the platform by doing a roll jump. Soon after that ride the big grassy wheel towards the slot machine and you will clear the level as well. 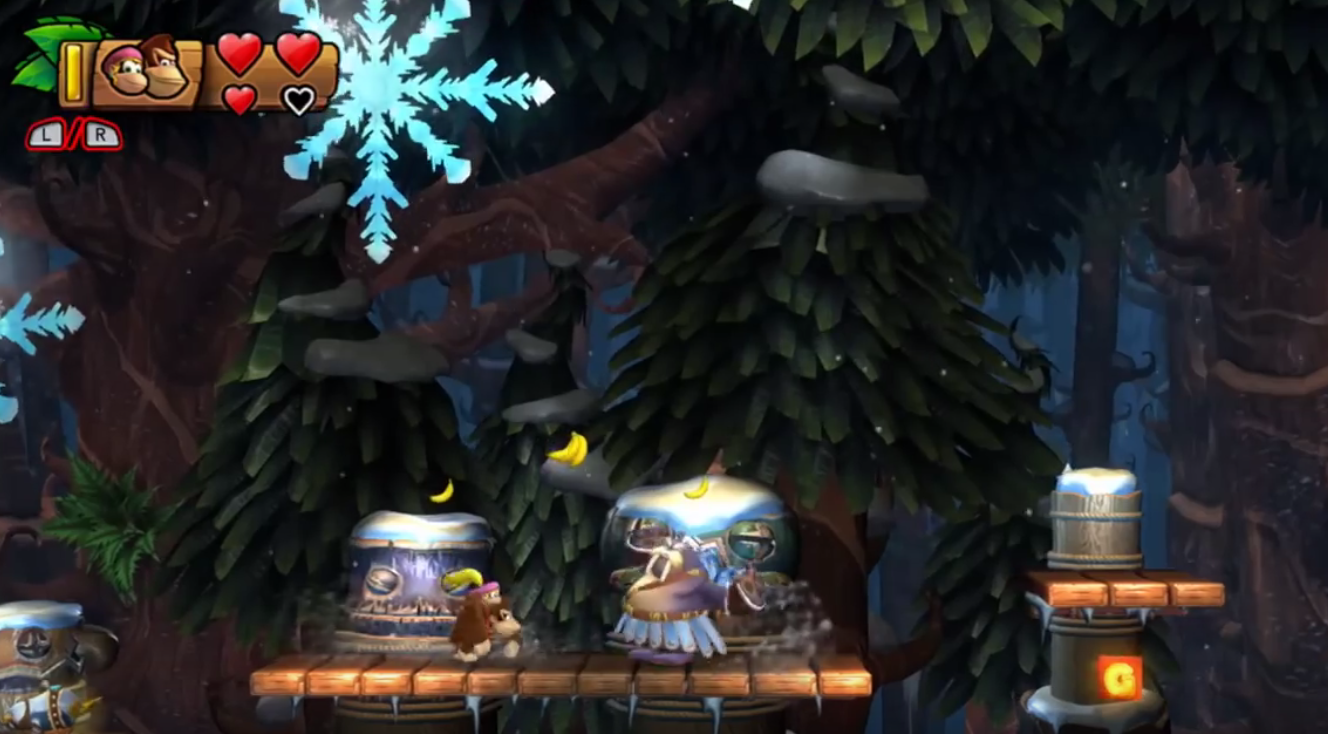 Follow closely each step of this guide and you will be able to collect all the KONG letters. Just be careful while playing this level as it has a lot of difficult obstacles. 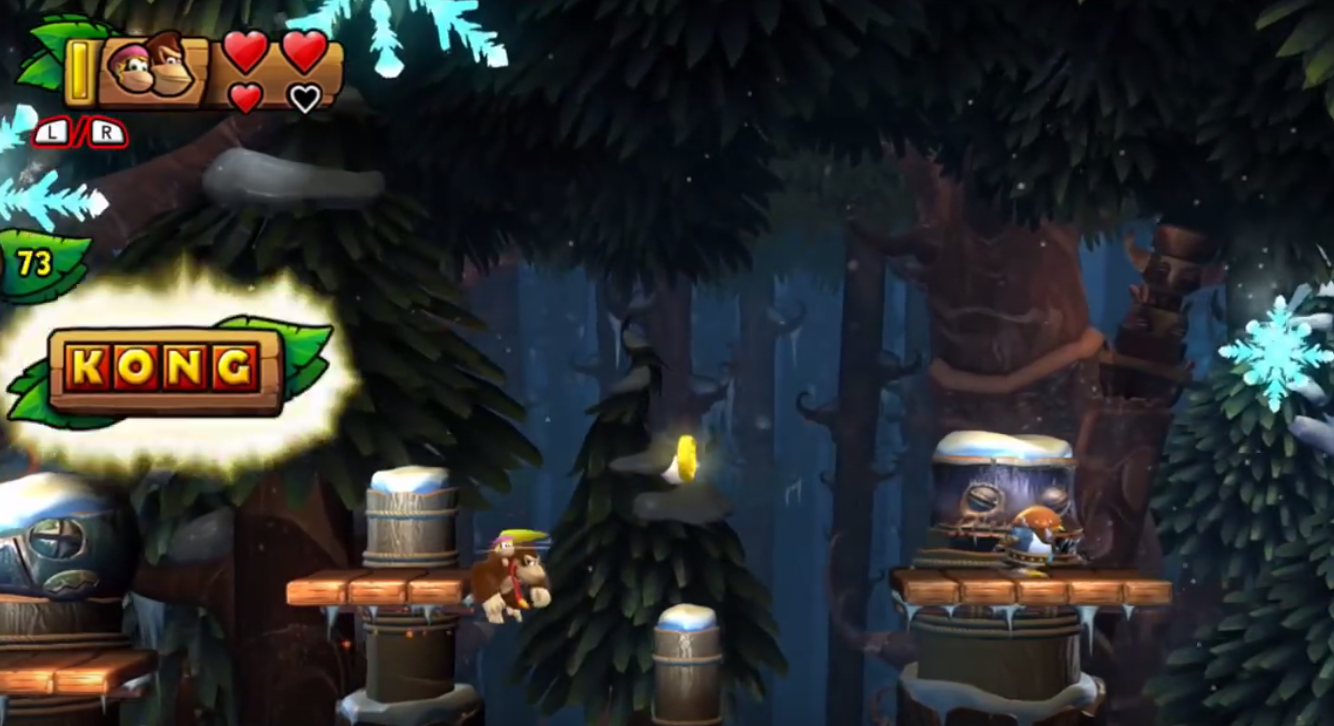