The Homecoming Hijinks is indeed a tough level to clear with the spikes and crumbling structure you need to be quick and careful. And in all of that danger, finding the KONG letters can be a daunting thing to do. Therefore, with the help of this guide to finding all KONG letters, it will be easy for you to collect them all. So let’s get started:
Kong Letter #1:
Unlike the other levels, this level will not give you the first KONG letter at the start. You will have to keep playing the game until you reach the first checkpoint. As soon as you reach there, just go a little further and you will see an owl. What you need to do is to defeat the own by a rolling jump. Get a rolling jump to own and then you need to reach the first KONG letter by bouncing off the owl. So use the own to get to the first letter by bouncing off him. 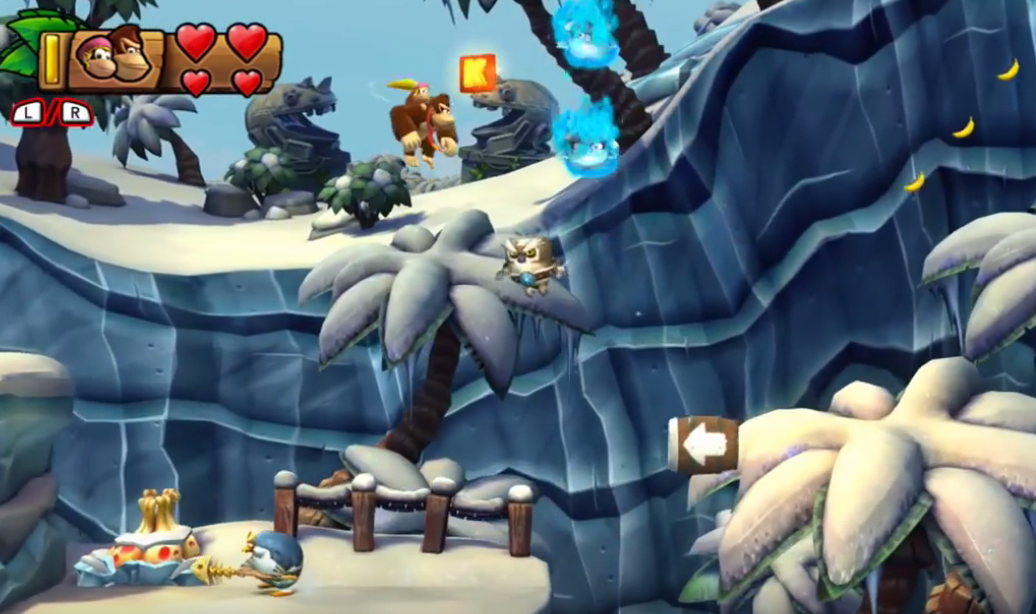 Kong Letter #2:
After getting the first letter, continue to the right side and you will pass through a tunnel that has a spike-lined ceiling. At the end of the tunnel, jump and grab the grassy wall. Now quickly climb the wall and you will see that the letter “O” is on the other side of that wall. The only thing between you and the letter will be an owl. Jump on the own, bop him and let yourself fall on the letter “O.” Once you have collected the letter, you will fall in the blast barrel; the barrel will then shoot you in the air, just bank right so you can land on the platform. Just make sure to dodge the penguin archer on the right who is firing at you. 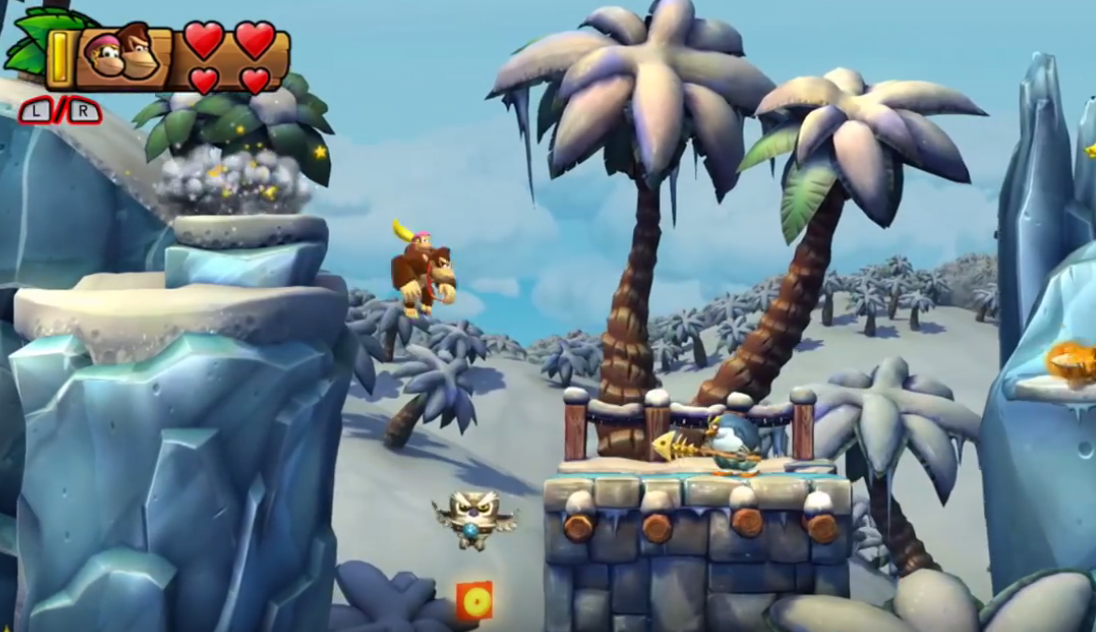 Kong Letter #3:
Keep on playing the game until you reach the second checkpoint pig where you will find a tubby bunny, just past him; there is a blast barrel. The barrel will shoot you to crumbling icy ledge. Just roll along that ledge and then jump towards the platform that is below the letter “N.” Once you are on the platform, quickly jump upwards and get the third KONG letter. Be sure to do this quickly because the ledge will collapse as well. 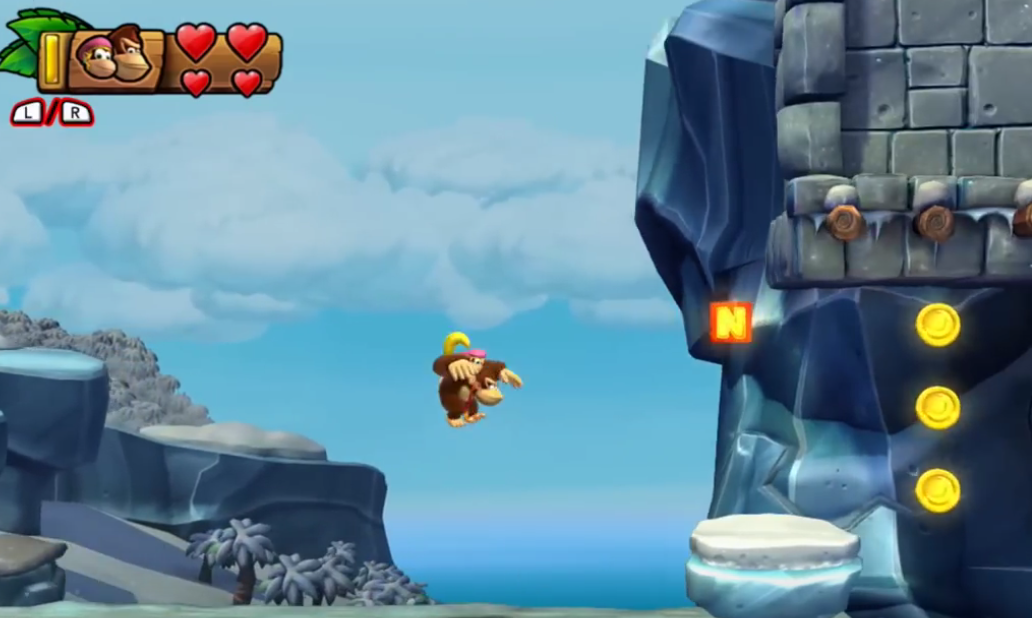 Kong Letter #4:
Just past that, you will come across the icy walls. Quickly climb on to the wall by hopping back and forth between the grassy areas. Now once you reach the top, you will see a platform above you. Get on that platform as the wall you are holding will also give away. There, you will see a flaming own, and just above the flaming own, you will see the last KONG letter. Roll jump towards it and get the final letter the “G.” 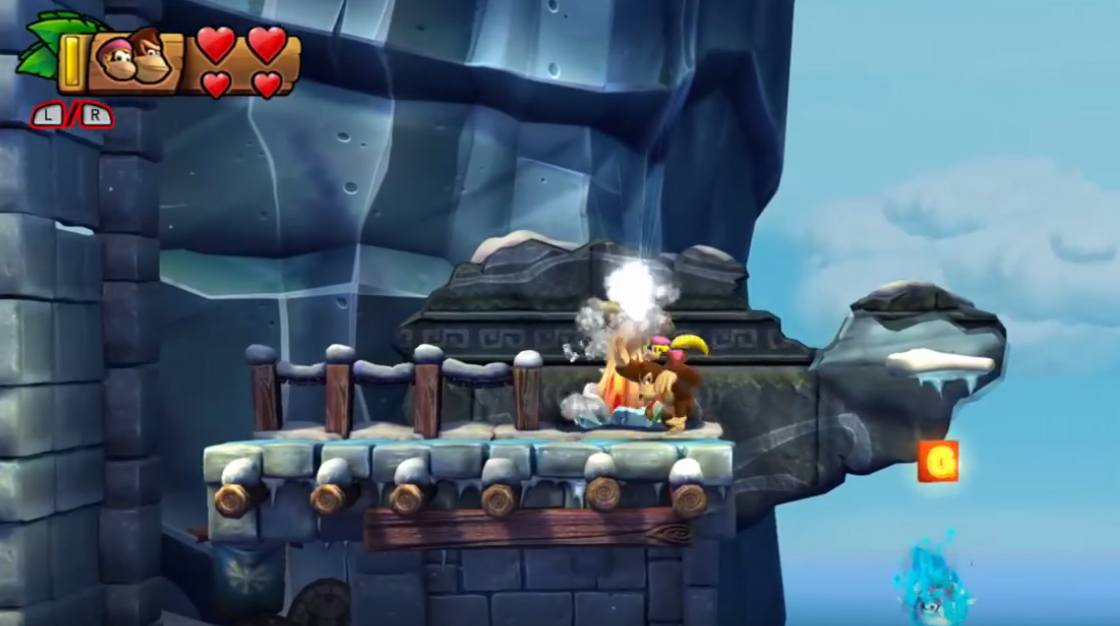 This is it; this information is enough to help you get all of the KONG letters. Just be careful as most of the structures in this level give away after a few seconds. 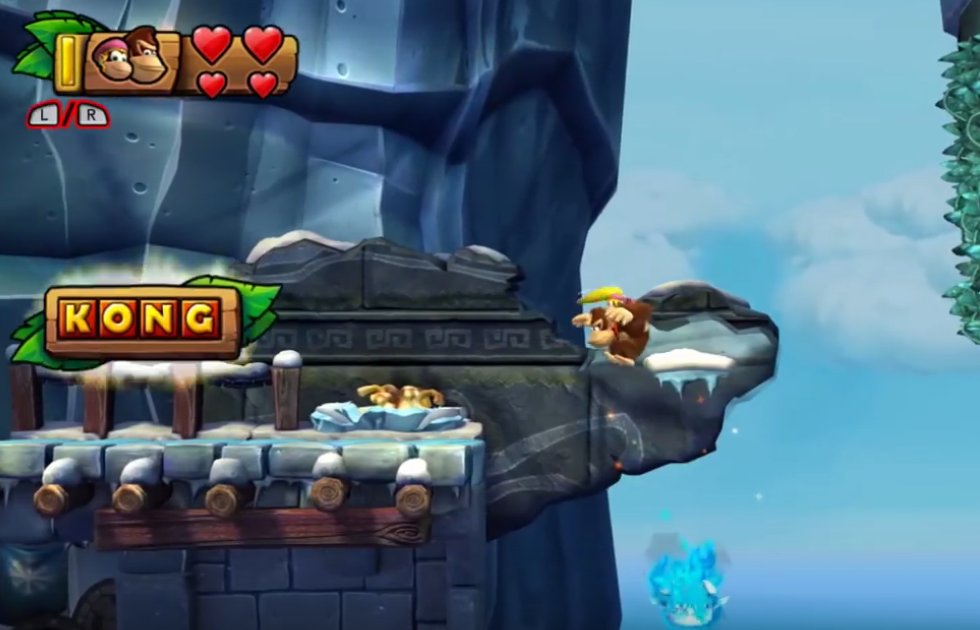