Seashore War as the name suggests is based on the sea and large boats. You will have to fight your way to the end of the level with flaming owls, penguins and walruses. Now if you want to collect the KONG letters on your way as well, then this guide will help you in doing so. So let’s jump right in:
Kong Letter #1:
Just like all other levels where the KONG letters and puzzle pieces are easy to get, this one is the same. The first letter that is “K” is pretty easy to acquire. All you have to do is bounce off. Let me tell you how you can get to the first letter. When you spawn in the game, just keep going to the right side and soon you will see a penguin archer. Bounce off the ammo of penguin archer and you will be able to reach the first letter of KONG. 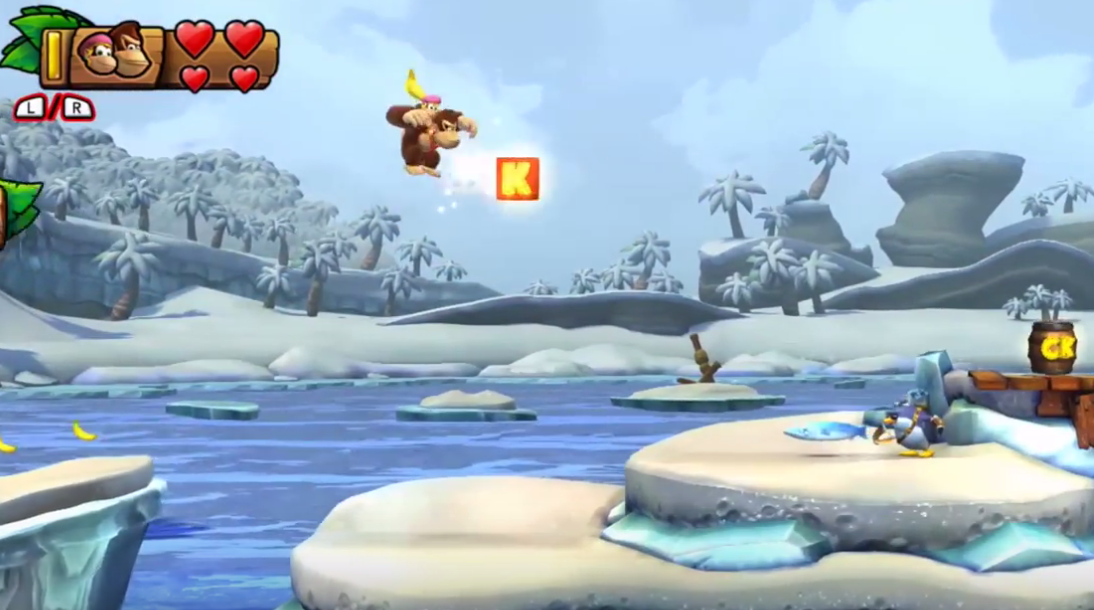 Kong Letter #2:
Keep playing the game after you have collected the first KONG letter. And soon, you will come across a large ship. Go to the right of the ship and you will see the second KONG letter that is “O” in the circle of four flames engulfed owls. Now you need to loft the boat by using its plug and then drop downwards to the deck. Once you do that, the rest is simple. Just hop over one of the four flaming owls and grab the letter “O.” This is as simple as that. 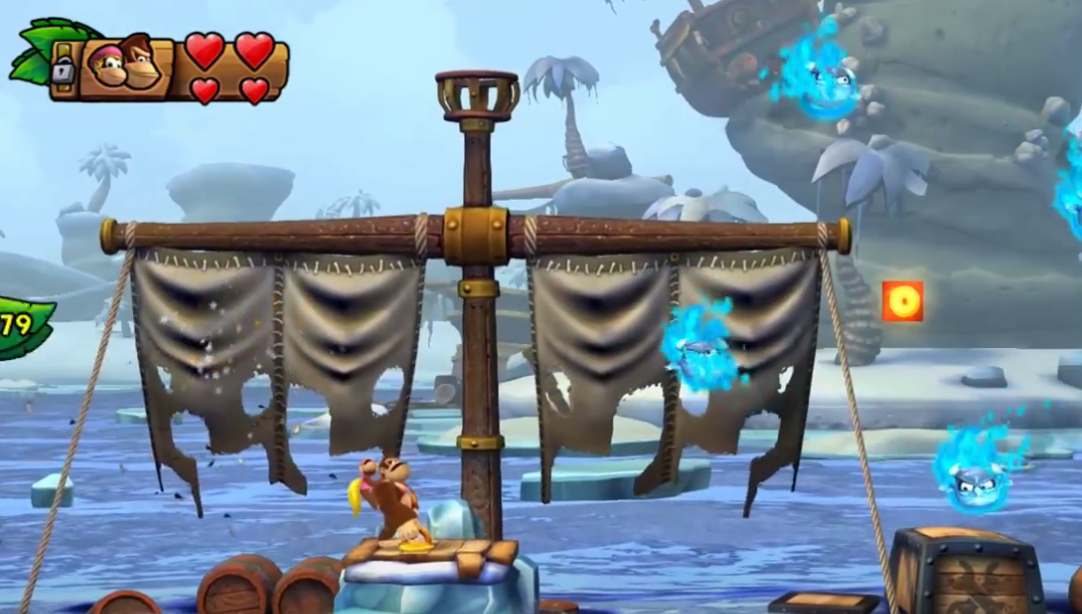 Kong Letter #3:
Soon after you have gotten the second letter, you will encounter a bunny who will be standing on a small iceberg with a bunch of bananas. Cross that and go a bit further and you will see the letter “N.” There will be a vine there as well. Now what you need to do is just to grab the vine and then swing towards the third KONG letter to grab it. Now keep one thing in mind, there is a flame engulfed own before the Letter, just make sure to avoid it. 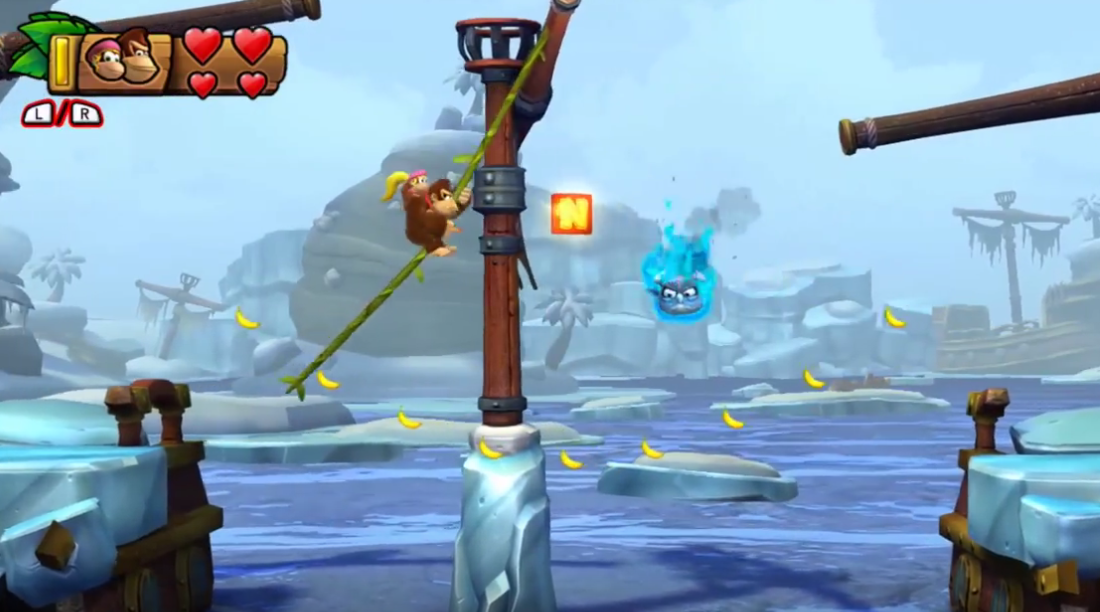 Kong Letter #4:
Just after the third letter, you will be faced with a tough fish chucking walrus. Defeat that walrus by using the watermelon bomb. Then move forward and you will come across a flame spitting owl. Kill that owl and then lift the ship by using its plug. Once done, you will then be able to grab the final letter that is G. So go ahead and grab the letter but make sure to do it quickly because the ship will sink back into the water and you should not be on it when it does. 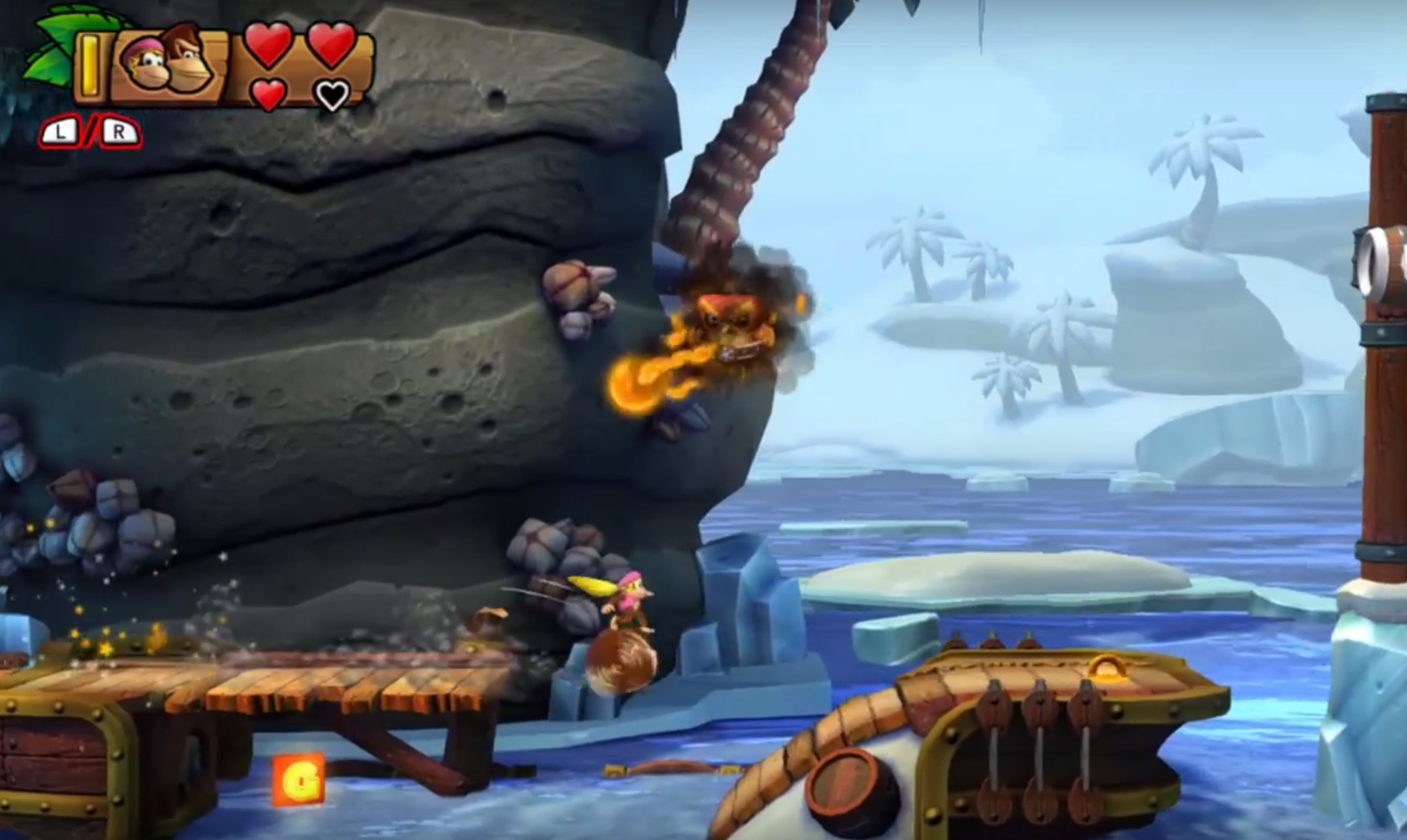 This is it; this is how you are going to get all the KONG letters. Just follow the instructions carefully, there is no rocket science involved, each and every step is clear, just follow them and you will have all letters in no time. 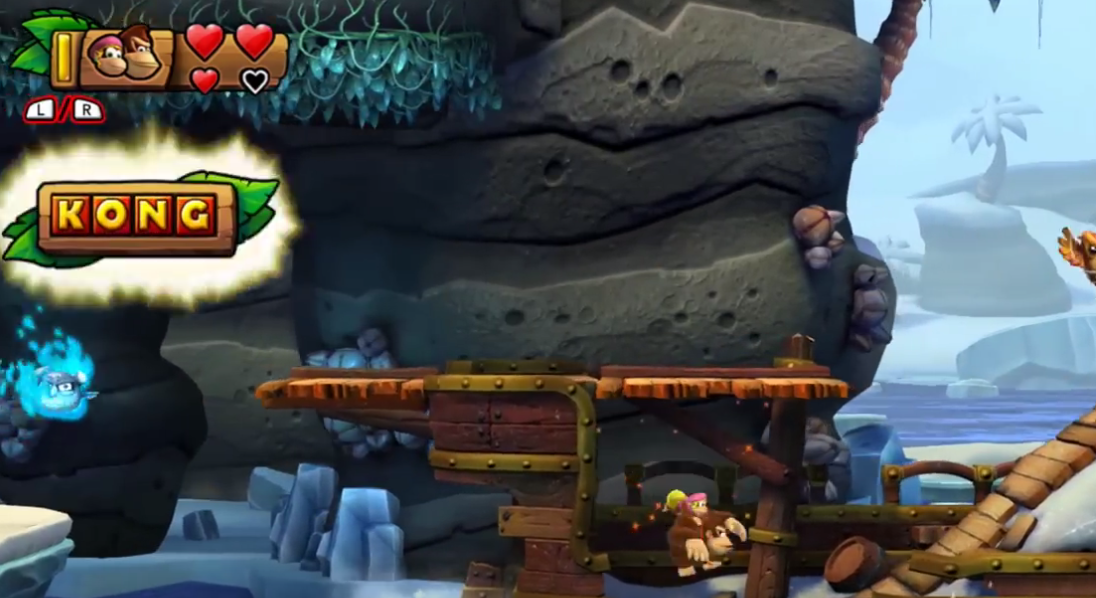