The boss of Lost Mangroves is the first boss that you will face. He is not hard but not easy as well. This is a guide to help you fight and finish the boss that is called as Big Top Bop. So without further ado, let’s get started:
Phase#1:
In the first phase, you will notice that the arena has turned into a shape of the halfpipe. This is because this boss slides back and forth in order to attack you. Also, you can inflict a huge deal of damage this way. As soon as he slides down, jump and land on his back. You need to have perfect timing as jumping too soon can inflict damage on you and jumping too late will make you miss landing on him. 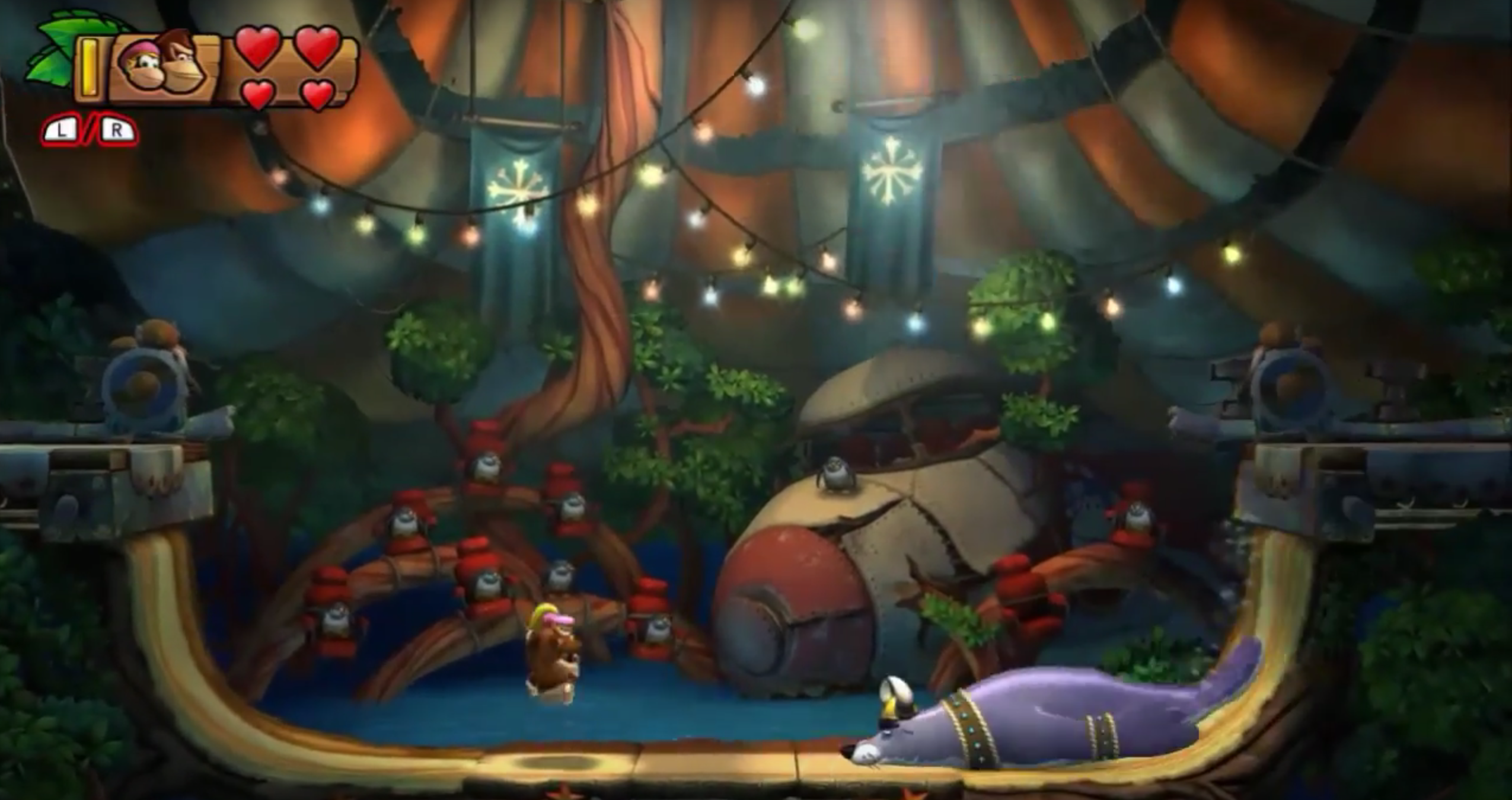 Once you have successfully hit him, he will go into the water and will then toss an enemy fish at you. These fish will chase you, so dodge and stomp them. Once you have eliminated the fish, the boss will again start to slide. Now, do as you did the last time and land on his back. And this time, he will again jump into the water, but he will throw a sea urchin at you.
You cannot defeat sea urchin so keep dodging it, and it will go back to water. Once the boss starts sliding again, hit him again and this third time will start the 2nd phase of this battle.
Phase#2:
In this phase, the seal will throw a new attack into the mix. This time, instead of sliding sideways, the seal will roll at you. You need to dodge this attack as he is invincible. Now keep dodging and waiting until he goes back to sliding and then you can stomp on his back. This time, when he will jump in the water, enemy penguins will attack and no more fishes.

These penguins will jump out of the water and will try to ground pound you. You need to dodge the penguins until the seal comes at you for a ground pound but fortunately, his landing will not be smooth, and he will be stunned for a few seconds. This is your chance; you need to hit him again.
The seal will again try to do rolling attacks; you again need to dodge the rolling attacks. Once he comes back to the sliding routine, stomp on his back and after taking the damage, the final phase will start.

Phase#3:
You have made him angry and now he will summon penguins at the start of this 3rd phase. The Penguins will slide down and attack you, just land on the heads of penguins and keep on doing this until he runs out of penguins. After that, he will have to slide down and then you can continue damaging him by stomping on his back.

Again, he will go into the water and will throw purple fish and sea urchin at you. You can defeat the purple fish by hitting them three times. Keep killing and dodging these amphibians until the boss returns to the half pipe. He will again try to do a ground pound and he will have a better form this time.
Just dodge him and wait until he messes up. He will again summon penguins, defeat them until he comes back to the half pipes. Land on his back one final time and he will die.
This is it, this seal who wears a Vikings helmet will definitely give you a tough time, just have patience and keep on fighting, follow the guide and you will win.