The boss of Sea Breeze Cove is a puffer fish. Meaning that he will suck in air and will blow out the air to attack you, dodge his attacks. Pay attention and follow the instructions below to defeat him in the first try:
Phase 1:
The boss starts the battle by sucking in air to get larger. You need to swim against the current in order to avoid touching him. When he stops, he will then exhale. Now you need to swim against this current in order to avoid being pushed in the spiky wall. After this puff, the fish will start spinning around. To attach him, time the dash in his backside (the area with white color and without any spikes.)
He will again repeat the suction process, avoid it and when this time he exhales, some small fish foes will come towards you. Dash the middle foe straight towards the boss. He will be rotated enough to take damage from the fish projectile. Now the puffer fish will swim back and forth without the spikes, dash into the back to land the third attack.

Phase 2:
Before the fish delivers another suck and blow attack, he will do a barrel roll at you. Dodge him and then prepare to dodge the urchins. This time he will use sea urchins when he blows out. Avoid sea urchins and then wait for him, he will start ramming the walls in diagonal pattern. Now position yourself and hit his backside again.
Just after the first hit of 2nd phase, the fish will start to spin around. You need to move quickly so you can land another hit easily. But if you miss, he will initiate another wave of enemies. The final attacks of this phase are similar to the first wave. So hit the green fish back at the puffer fish to enter phase three. 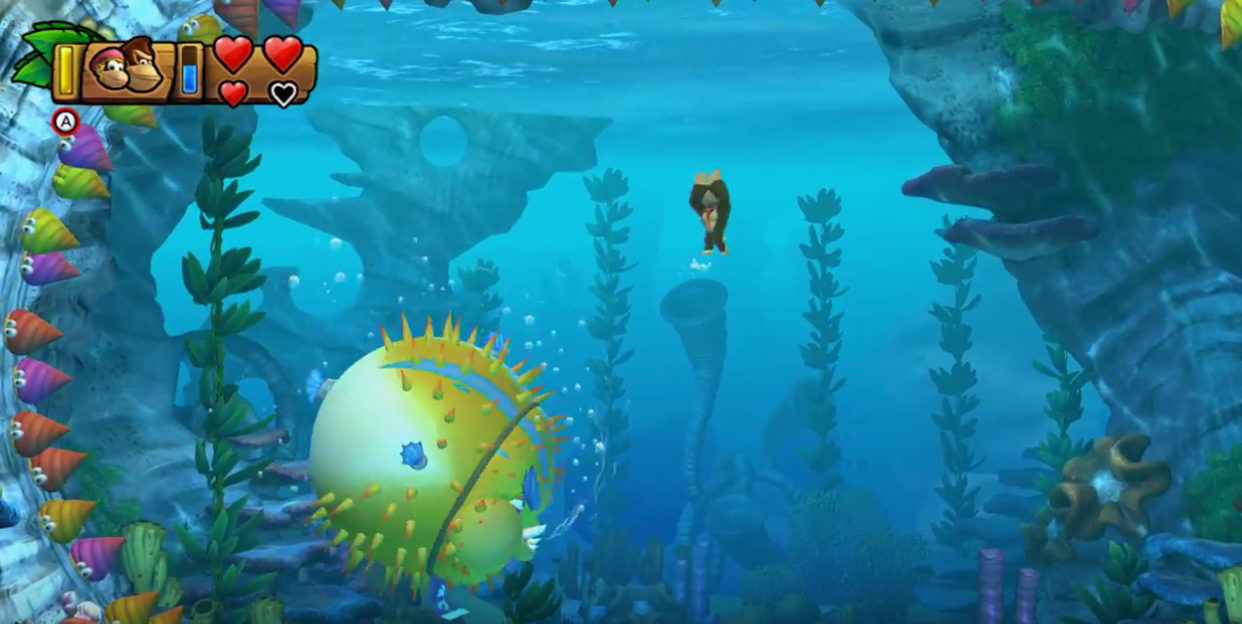 Phase 3:
This time, instead of sucking and blowing out the air, the puffer fish will get puffed up and will start to swim around, you need to swim around to avoid his gigantic body. Soon, he will be tired and will exhale; then he will start to slam the walls again. So just like before, you need to line up yourself and then hit his back as soon as you get the chance but watch out for the seashells that are falling.

Once again, the fish will start to spin around, and you will have the perfect chance to land as the second hit, but make sure to be quick. The fish will puff up another time, and send enemies towards you, dodge the wave and then send back the green fish with a dash attack. Once the fish hits him, the boss will be defeated. 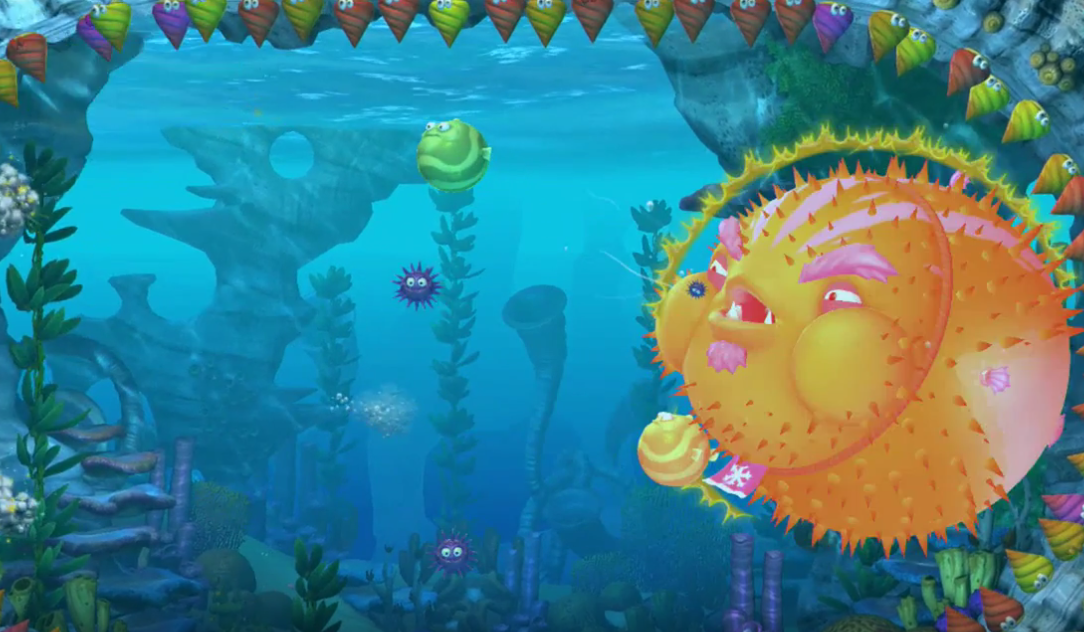 This is the whole method of defeating the puffer fish boss of Sea Breeze Cove. You need to follow all steps carefully and make sure you avoid his attacks as much as possible.