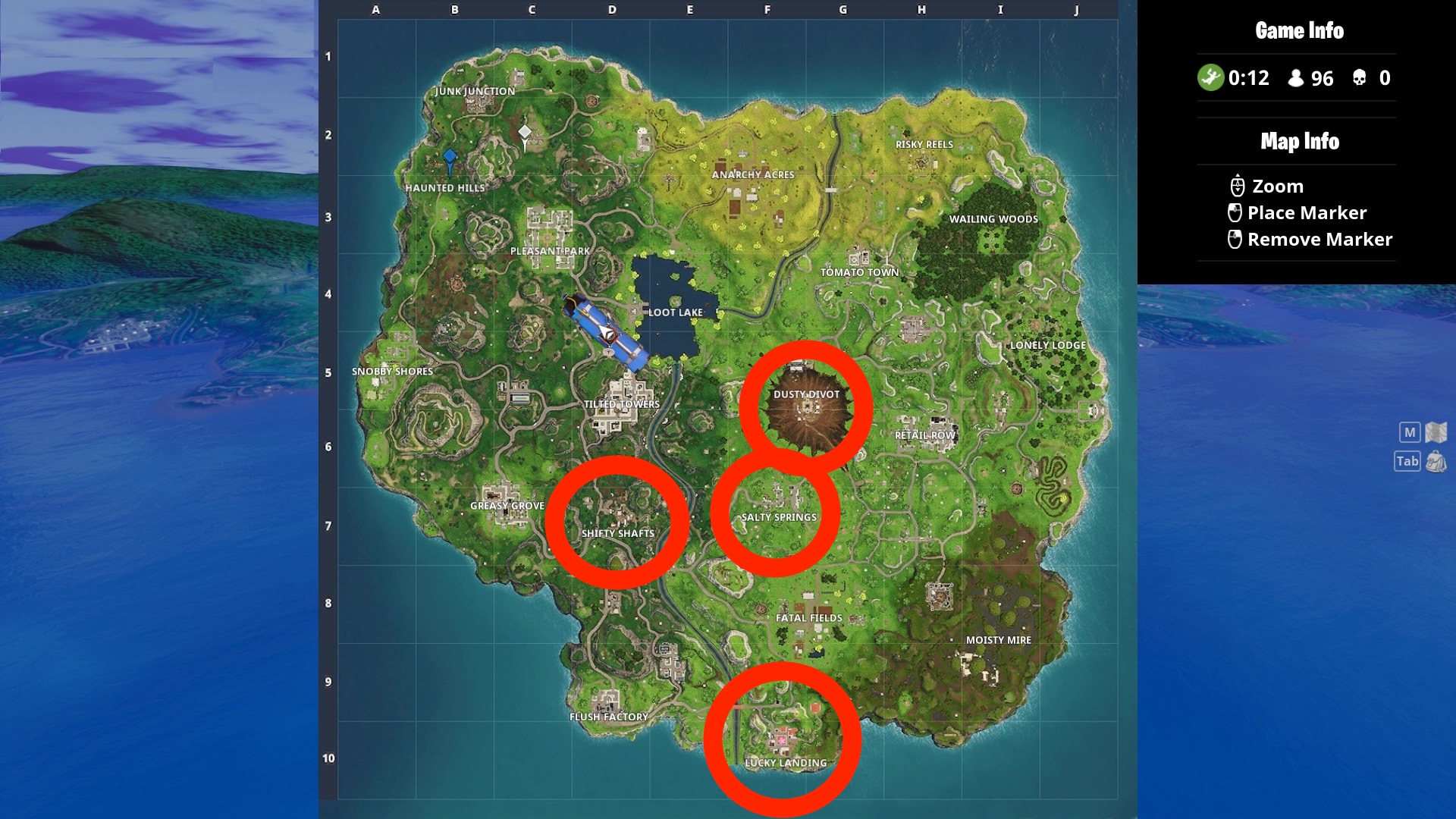 Shifty Shafts:
The place has recently been updated in the season 4 and now it has an underground area where there is a green screen. You can find a decent amount of loot there and maybe some weapons as well. The reason that it is one of the best locations for combat is that a lot of players land there. Also, the area has some houses with second floors so you can not only get a decent cover there, but you can also take out enemies from the windows of second floors without them knowing. 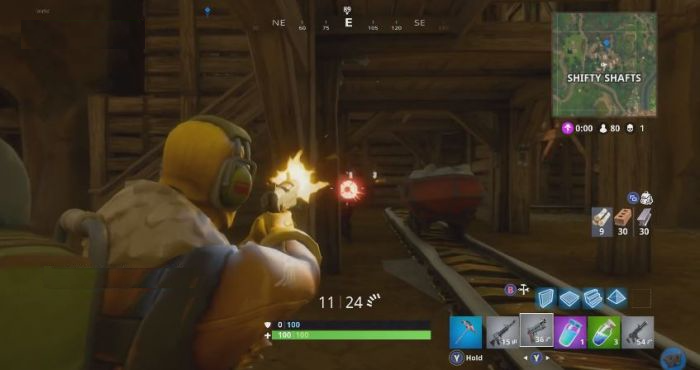 Salty Springs:
Salty Springs has been reckoned as one of the best places to land at. The light blue house in salty springs has an underground area where you can find a lot of loot and weapons as well. The whole area is equipped with a lot of good loot and the reason that it is in this list of best combat locations is that you will get a lot of kills in salty springs. Its houses will provide you with cover while the chests and weapons will help you gear up and take out enemies. 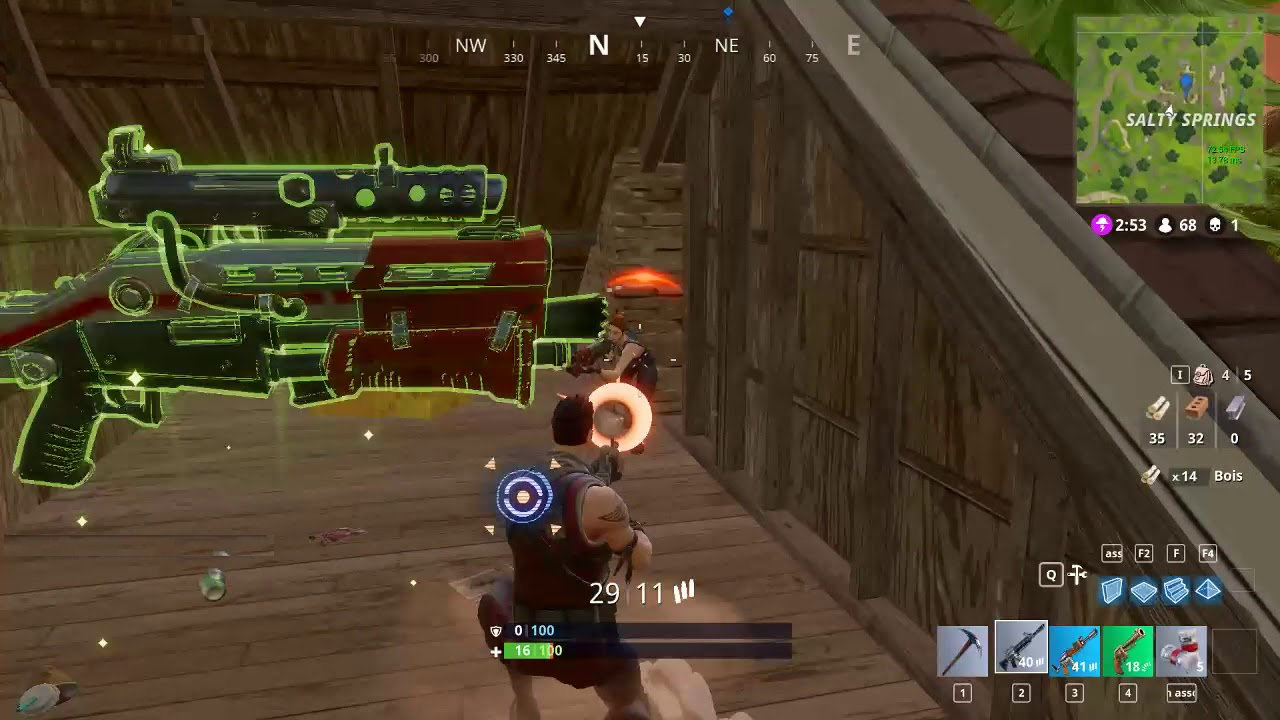 Lucky Landing:
Another amazing place to be landing at. The area has a giant pink tree in the center that can be seen from the bus. Now if you are landing in the Lucky Landing, make sure to land on the towers as the towers usually have weapons that you can use to take out other enemies before they get a chance to gear up. You can expect 2 to 3 players on average at Lucky Landing but the main reason of it being one of the best combat locations is that you can find weapons easily if you land at towers or shrines. 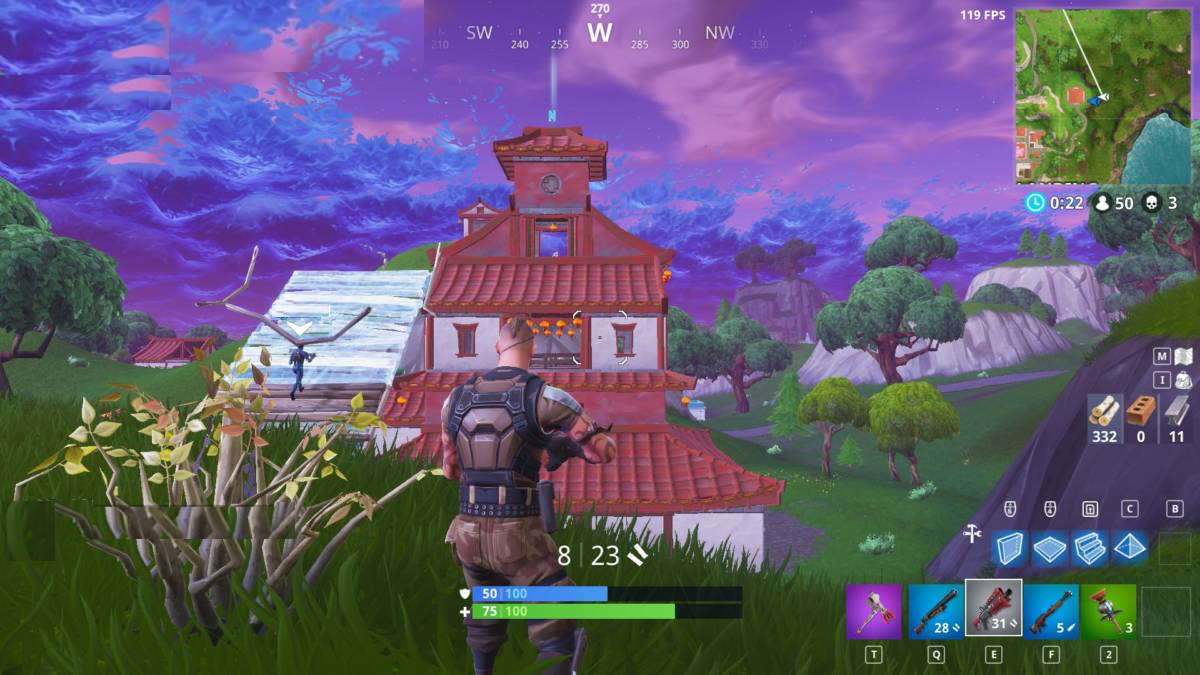 Dusty Divot:
The area was formerly known as Dusty Depot and it has some amazing loot. You will find the chests and weapons in the science facilities that are at the center of the crater. Furthermore, a lot of players land there so it is also a place where you will get some decent action. Just make sure to take cover behind the containers or buildings in the center to be safe from the enemies around the area. 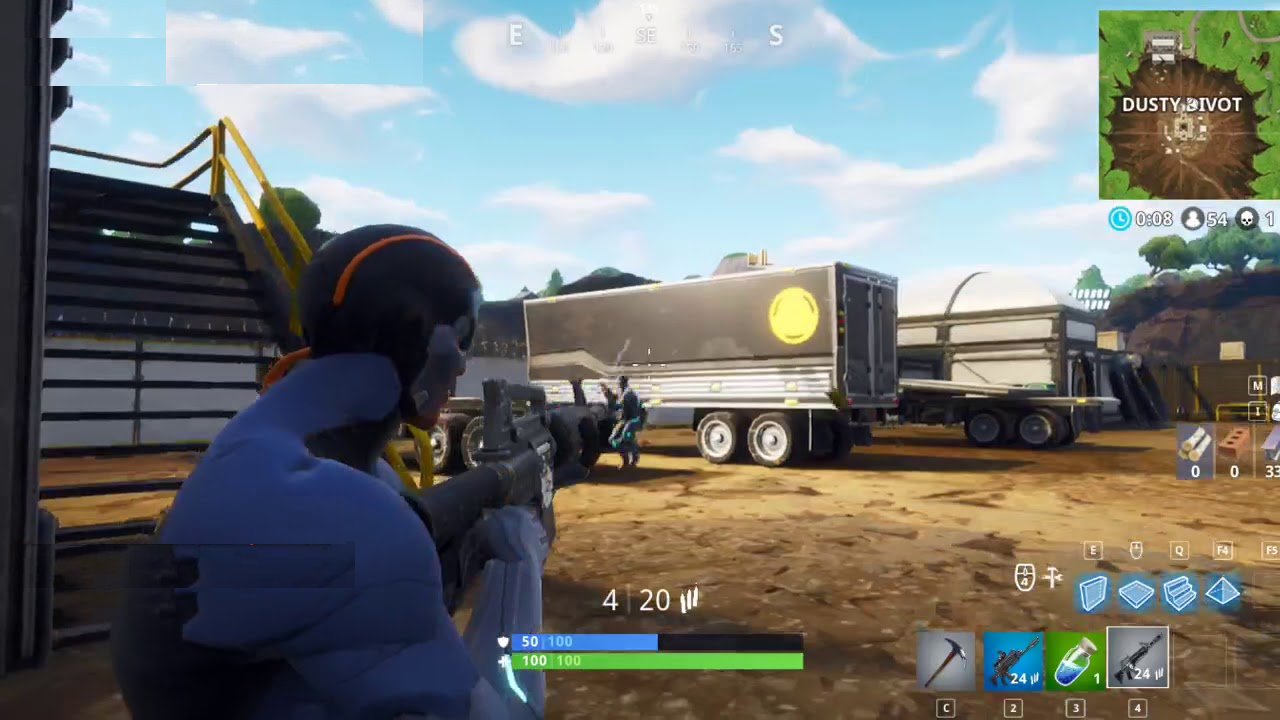 These areas are indeed some of the best combat locations in season 4 and you will find a lot of action and weapons to participate in that action. Make sure to land in these areas as early as possible to secure the guns and start killing.
M
metsopulosj
View all 136 featured items
Previous Next
You must log in or register to reply here.
Share:
Facebook Twitter Reddit Tumblr WhatsApp Email Link