God of War - How to Beat Eir

Defeating Eir is easy. The trick to defeating this Valkyrie is identifying and responding to her attacks. You will need to anticipate her movement and try to respond accordingly. The combat aspect of God of War is based on responding to an attack. Eir is by far the easiest of the Valkyries, but you will still need to be familiar with all of Kratos's basic moves to defeat her. 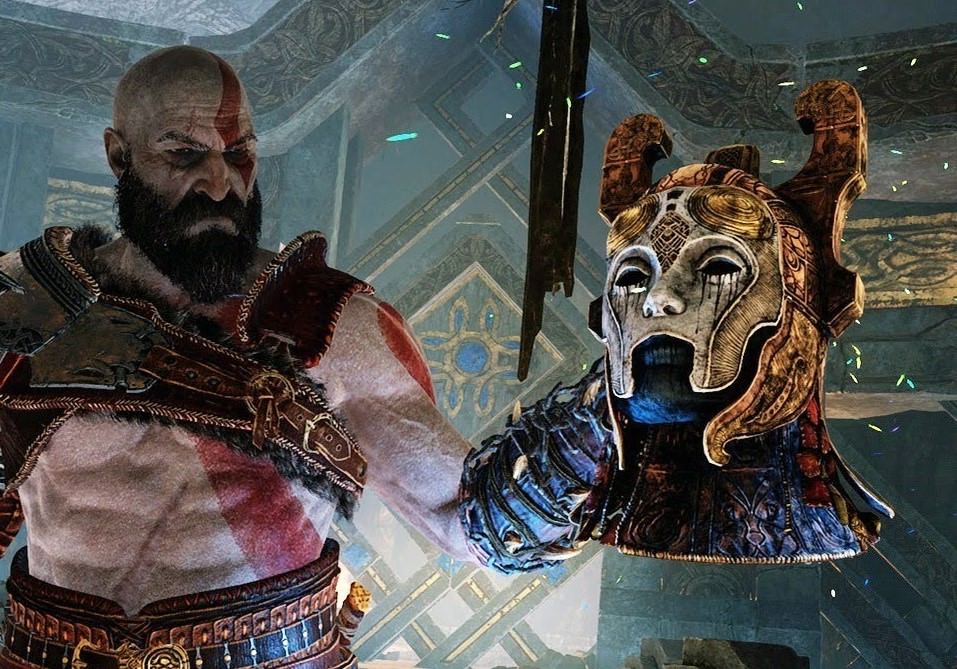 Walkthrough
Eir has a couple of attacks, which she does after jumping up and hovering. Here’s how to counter each of them. 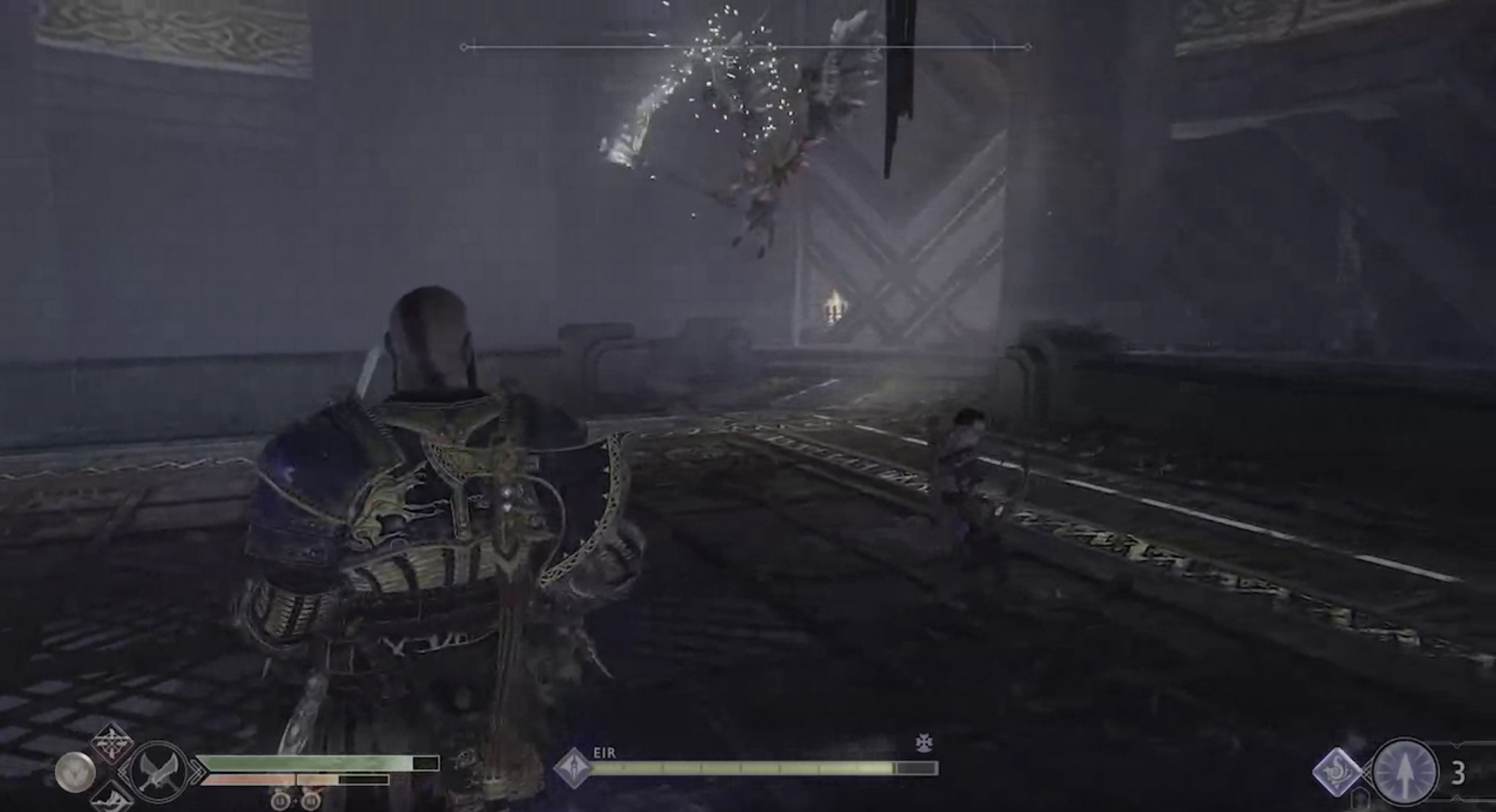 From the air, she’ll dash toward Kratos, attacking with her scythe. You can parry this attack and follow up with an attack of your own. Look for the telltale yellow circle that indicates this incoming attack. Always remember arrows are your best friends. You can also block this attack and knock her back to the ground with arrows. Whenever she takes to the sky, try to hit her with arrows to keep her grounded instead.

AIR EXPLOSION
Eir jumps into the air, twirls her staff and creates a giant, deadly explosion. Attack her with arrows whenever she takes to the air, and this will save you from this attack.

Eir launches several attacks from the ground. Here’s how to deal with each of them.

SLIDE TO STAB
Eir will slide across the floor to close the distance between her and Kratos, ending the slide with an unblockable stab. Dodge to the side to avoid it. Let her come to you, instead of charging into her. 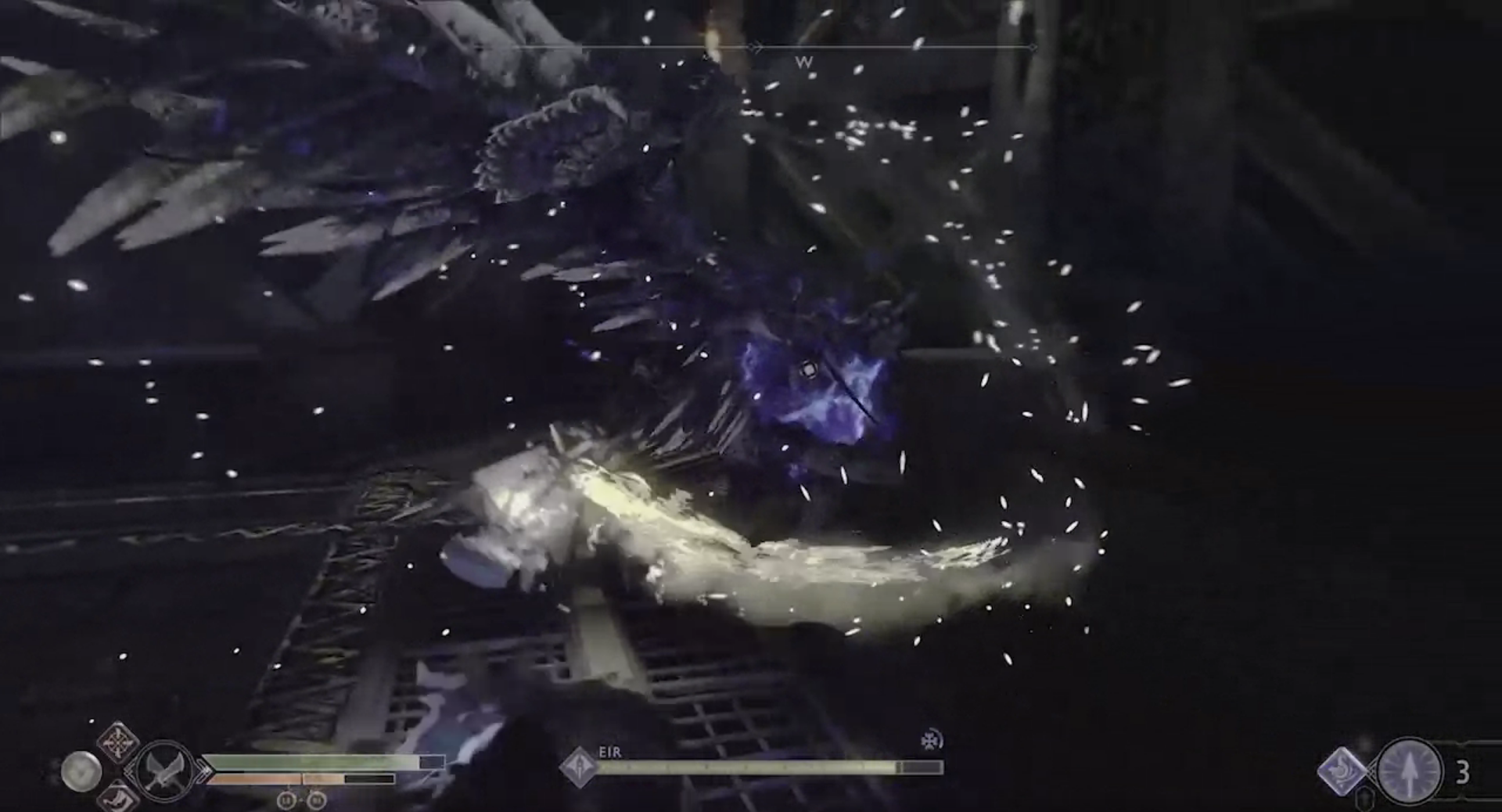 Eir spins twice while holding a staff, and each swing can damage Kratos. This is her most frequent move. Roll to get away from the first attack, which has an area of effect (AOE) radius around her when she smashes her staff into the ground and can blind Kratos. Keep rolling to avoid her second staff attack.

WING TWIRLS
Eir can whip Kratos with her extended wings. You will have to block all of these attacks. She doesn't perform the attack very often, but the attack does have devastating consequences. Lookout for her to set up this move.

WING SHIELD
Eir uses her wings as a shield. You will have break the block and stagger her. You can also cut through her "shield" with a charged strong or Runic attack. Wait her out. She uses the shield often to block, but remember that she will launch into an attack immediately after blocking

As far as Valkyries go, Eir is one of the nice ones. Defeating her requires considerably less skill than it does to defeat other Valkyries.
M
metsopulosj
View all 136 featured items
Previous Next
You must log in or register to reply here.
Share:
Facebook Twitter Reddit Tumblr WhatsApp Email Link