How To Fix The Issue Of HP Laptop Not Starting 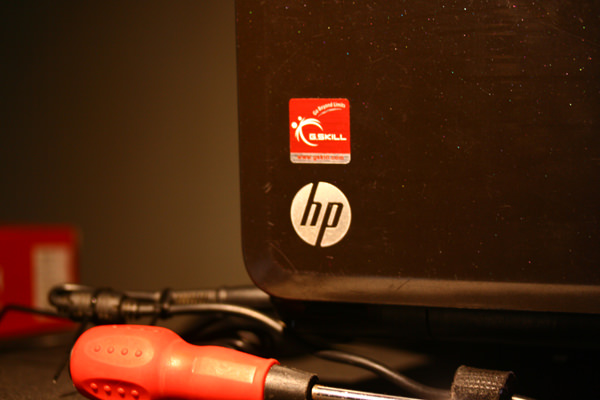 HP laptops have been known to suffer from failures involving cracked hinges, broken outer laptop shells, motherboard issues, frequent laptop shutdowns and a laptop that refuses to start up. Some of them can be attributed to end user negligence but the majority of them can be attributed to poor QC implementation on HP’s part. This tutorial will show you how to get yourself out of a situation where your HP laptop will not start up.

1. Verify that your AC power adapter is in working order by plugging it into the AC power input jack and while your laptop is powered down (with the lid closed) that the laptop battery is charging. This will be indicated with the LED next to the AC power input. You should additionally have an LED to indicate that the power brick is receiving power from the wall socket.

3. Allow some time to charge the battery and then without the AC power adapter, see if your laptop powers up.

4. If that doesn’t work, disconnect your laptop from any docking stations, connected USB devices and the power adapter connected to the wall socket.

5. Unhook the battery from your laptop. If your HP laptop has a battery externally mounted which goes into a slot, you can remove it after sliding a button. If the battery is sealed or mounted internally you will need to skip to step 3.

7. With the battery removed, try powering up with the AC power adapter alone. For laptops with a sealed battery this step can be performed with or without the AC adapter provided the battery is charged (partially or full).

8. If you’ve ruled out that the power brick is at fault, replace it and see if you can power up the laptop.

9. If the laptop powers up via the replacement or existing AC adapter but not while on battery then the issue is with the battery. Replace it and you should be able to power up the laptop once it’s partially or fully charged. If your laptop is brand new and out of the box for the first time, please charge the battery for at least 1 hour.

11. Reseat them after a brief inspection of the contact points on the memory. You can take an eraser and rub it along the contact points on the memory for both sides of the stick, remove any eraser debris prior to replacing it in their respective slots. If after replacing the memory you see the CapsLock or any other diagnostic LED’s flashing, it’s an indication that the ram is at fault. Replacing the ram should bring back functionality.

12. If your laptop isn’t starting up after you upgraded the ram, always make sure you used a ram kit to perform a ram upgrade. Conforming to the laptop’s specifications, as listed in the laptop’s manual, you should find a suitable Ram kit. Make sure you're on the latest BIOS revision prior to performing the ram upgrade. The same principle will hold true if you see the same inoperability issue after dropping in an SSD for the first time.

13. If you are dealing with a hard drive, you may want to take note of any audible noises. If you can hear a click (at intervals), it’s possible that it’s a telltale sign that the drive is on its way out.

14. If you can power and make your way past the manufacturer splash screen and upto BIOS, you may want to see what the boot order sequence is. If you’re on Windows 10, the primary boot device should be Windows Boot Manager.

15. You may want to gain access to a donor system. Go online and visit HP’s support site (armed with the SKU for your laptop) and download any BIOS that may be pending.

16. Update your BIOS and see if that restores your laptops functionality.

17. Often times it can also be compounded to a corrupt OS installation. If you’ve managed to perform regular maintenance on your OS, you should have a backup of all your critical files and folders on a removable UBS storage device. Reinstall your OS after recreating the bootable installer to rule out corruption in your installer.

18. If your laptop seems to power up but you can’t see anything on your laptop’s display, it’d be a good idea to connect the laptop to an external display.