As you delve deeper into the monster hunter world, the more armor becomes accessible to you. Gradually a stage comes where you unlock advanced-level armor that you’ll need to pair up with appropriate weapons to inflict the maximum amount of damage. This monster hunter world weapons builds guide walks you through the best and incredibly powerful armor sets and the most appropriate weapons with which you can pair them up.
Best Armor Set for Great Sword
As the great sword is meant to be a massive weapon for hitting down the monster, Nergigante gear is the most suited armor choice for coupling with the great sword. It not only enhances your attacking capability, and weapon affinity but it also enables you to recover your health every time you inflict an impactful hit on the monster. 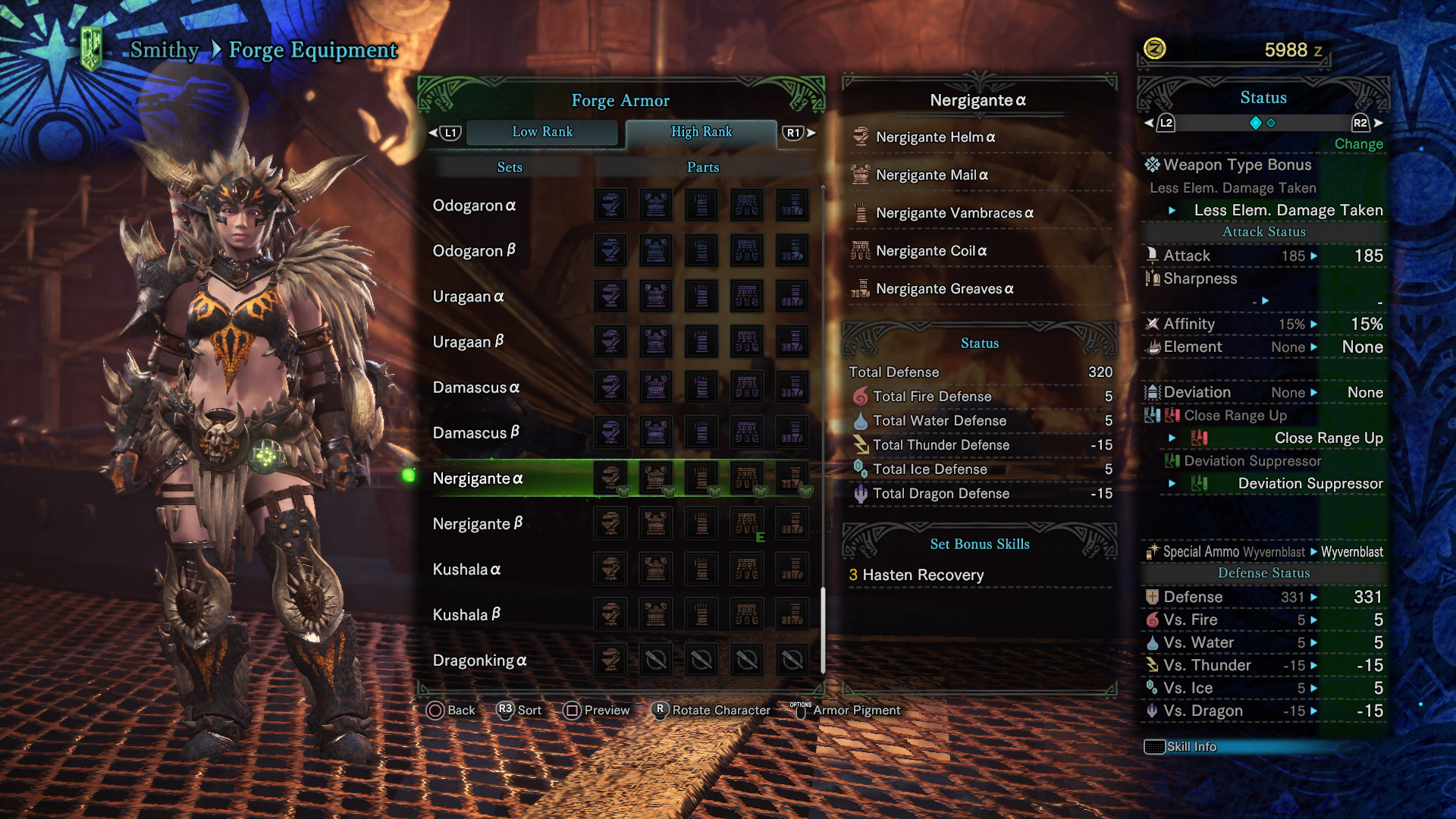 Best Armor Set for Dual Blades
As dual blades are one of the fastest weapons in the MHW, no armor set could be better paired with them than the Kushala armor set. Kushala enhances the blades’ sharpness by +50, while at the same time expanding the player’s evading window. This gives you a safe opportunity to evade the coming attacks. 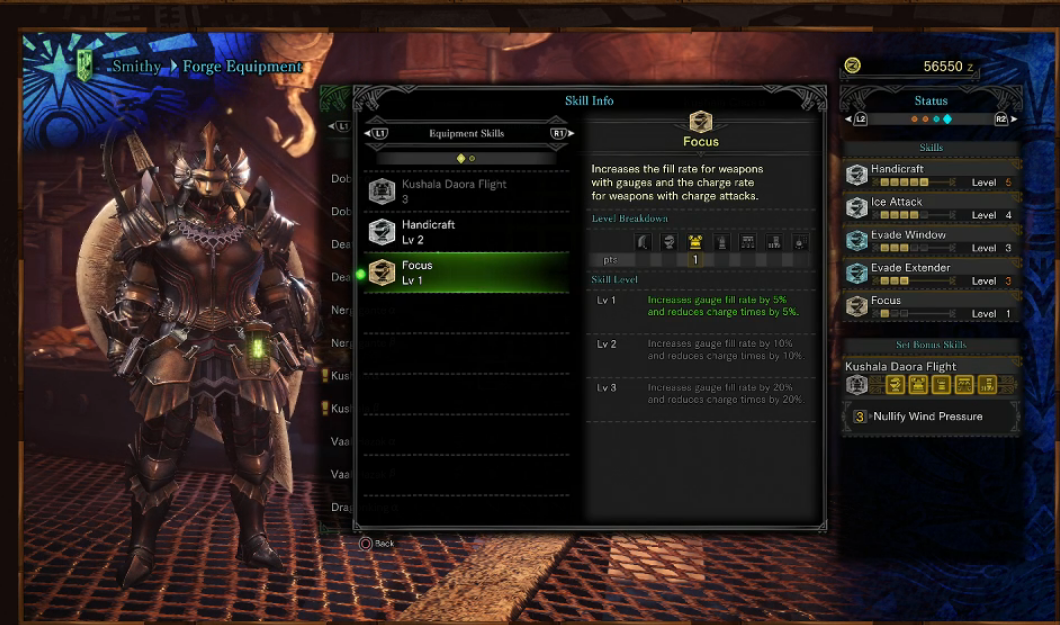 Best Armor Set of Long Sword
As long sword is quicker than the great sword, it could be comfortably paired with either Odogaron or Nergigante armor set. Both armor set gives you excellent boosting and affinity power regardless of the weapon you’re using and as the long sword is able to strike swiftly, the healing powers emerging from Nergigante do wonders in healing you. 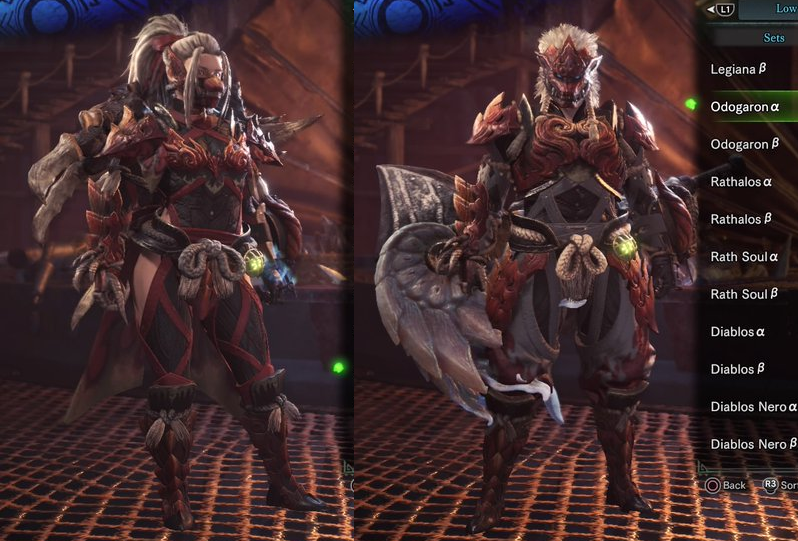 Best Armor Set for Bow and Bowguns
If you have decided to equip any of the bowguns, no armor set could be more suited for your character than the Anja armor set. The set has an ‘artillery skill’ that gives a boost to the power of the explosives by 30%. Additionally, the Anja gear increases your stamina bar, and it’s ‘special ammo boost’ skills improves the power of bowgun special ammo. 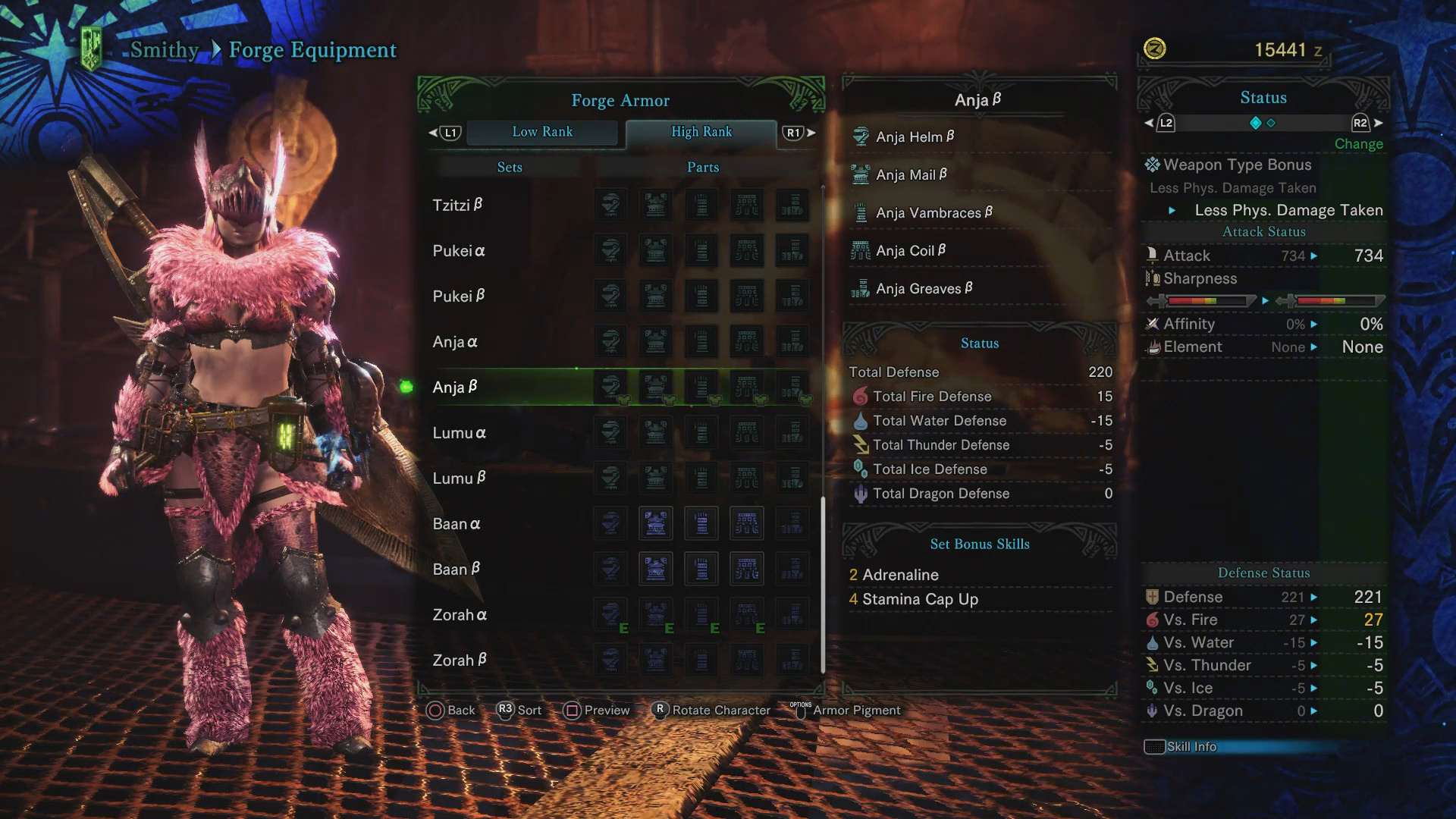 Legiana armor set is an alternative to the Anja armor set for the bowgun. This armor set comes with certain rewards for the owners for the bowguns. One of its ‘Legiana favor’ skills increases the bow charge level. It can also prolong the invulnerability window while you are dodging monster attacks.
Best Armor Set for Insect Glaive
Lumu armor set is well-suited to employ for the more acrobatic insect glaive players. The set capably enhances the master mounter ability that lets the players mount the monsters from above fairly easily. 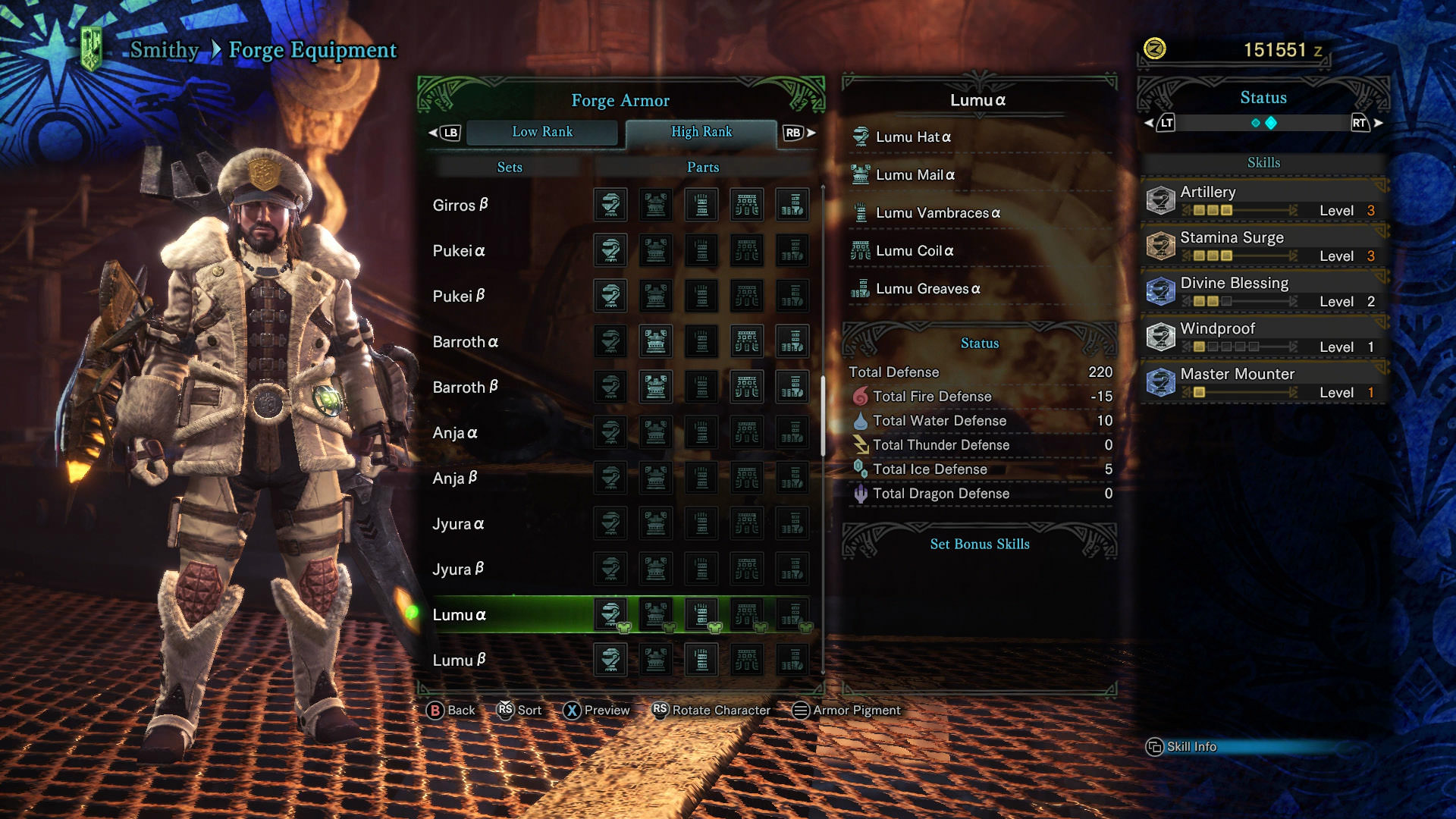 The alternative to Lumu armor set is Kushala armor set. Despite the fact that Kushala armor set doesn’t give you any stat boosts, it actually is quite helpful in helping you increase the distance from and monsters as well as expanding the invulnerability window.