Bixby is Samsung’s new voice assistant AI and its functionality took everyone by surprise. It surpasses current voice assistants with its sheer number of capabilities and ability to understand complex strings of commands. Bixby comes in three versions; Bixby Voice, Bixby Vision and Bixby Home.

In this guide, we will show you how to access and make use of Bixby’s features. Before you get started, Bixby has to be initially set up. If you are using Bixby for the first time, start the setup process by tapping the dedicated Bixby key just below the volume keys to the left of the phone. Once the setup screen is up, follow the on-screen instructions to complete the setup process.

Using Bixby Voice
Activate Bixby voice by saying “Hi Bixby”, “Hello Bixby”, “Hey Bixby” or any similar command, so long as Voice wake-up is enabled. As an alternative, you can issue commands while holding down the dedicated Bixby button.

Bixby Voice is Samsung’s version of Siri, albeit with more functionality. Bixby can send text messages, make calls, retrieve the weather, provide sports updates, give movie show times and play music just to name a few. In addition, the voice assistant can also do complex tasks such as reminding you where you parked, edit photos, cast screen to the nearest compatible TV and open apps in split screen view.

According to Samsung, Bixby can currently understand over 3,000 commands with more expected to be released later this year. 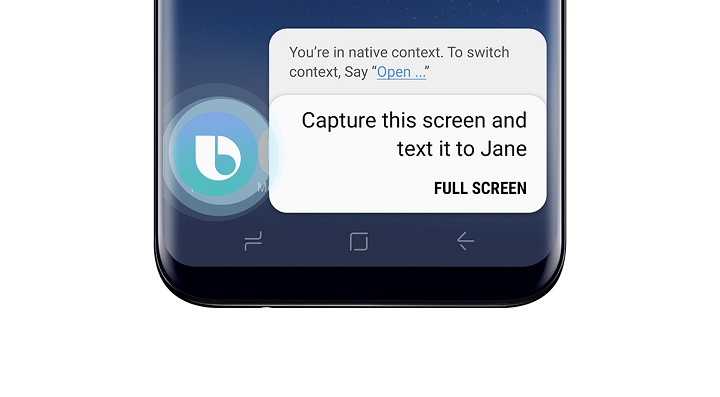 Using Bixby Vision
Use Bixby Vision by pressing the dedicated Bixby button while in the Gallery or Camera app.

Bixby Vision is an image recognition tool, similar to Google Googles or Amazon Flow. By using the Note8’s camera, this feature does its best to identify and provide information on whatever object is in front of it.

For example, if you point your camera at the Washington Monument with Bixby Vision active, it will identify the landmark, provide facts and suggest other landmarks to visit. Point at a book, it will provide information on the book title and recommend similar books from supported online stores. 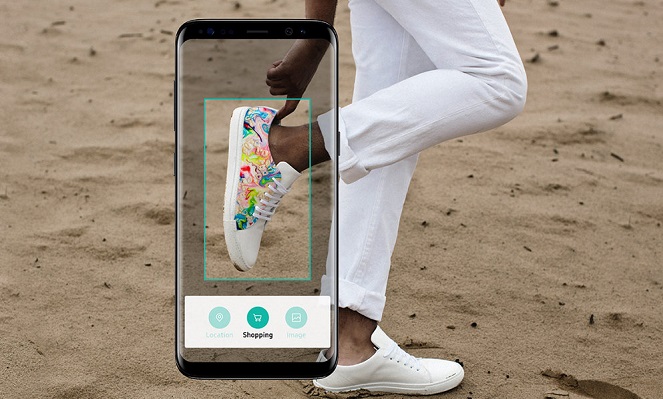 Using Bixby Home
Open Bixby Home by pressing the dedicated Bixby button located below the volume keys to the left edge of the phone.

Bixby Home, according to Samsung, is a “social stream for your device”. It is basically a central hub of cards containing reminders, social media updates, app updates and other relevant information. Similar to Google Now, cards can be customized. You can pin, hide or dismiss cards to ensure that the feed is tailored to your liking.