Ever wanted to ask one of the big hardware or software giants something directly? How did you design that? Where did that feature come from? What’s in store next? Well, now you have the chance!

Tom’s Guide is proud to announce a Q&A and XPS 13 Laptop Giveaway with our friends at Dell.

Donnie Oliphant, Director of the XPS Product Group, as well as other members of the XPS Product Team will be joining us in the next Tom’s Guide Q&A. He'll be answering your in-depth questions about all of Dell's current XPS line up, including our new favorite hybrid, the Dell XPS 13 2-in-1. The Q&A starts Friday, March 3rd at 2pm EST, but we're collecting questions ahead of time. Please submit all questions to this Q&A thread. All questions will be moderated and supervised by the Tom’s Hardware Guide Community Manager, Joshua Simenhoff, and a full team of Tom's Guide Senior Moderators.

Don’t Forget the Dell XPS 13 Giveaway
We're also proud to announce an upcoming giveaway done in partnership with Dell. Up for grabs is a fully loaded, silver XPS 13 Touch. The Dell XPS 13 laptop has been our favorite consumer laptop for the past two years running. Don’t miss out on your chance to win! The sweepstakes opens today, February 23rd, and will close at 5pm EST on March 3rd. Please see the contest entry page for a full list of rules and ways to enter.

Ask Me Anything Rules
Please join us on this date to throw your questions into the mix and ask Dell what you've always wanted to ask!

What: Q&A and a Dell XPS 13 Touch Laptop Giveaway

Where: The Tom’s Guide Laptop Forums!

Who: Donnie Oliphant and the XPS Product Team

If and when Ryzen rolls out mobile chips, will we see some shift, or do you guys plan to stick to Intel???
I mean, are you huys open to it, or got some kind of contractual obligation not to foray for say next 3yrs or 5yrs???
N

Dell offer FHD with 8g RAM and 256SSD in USA. This is the model I want but not offered in UK. If I buy UK FHD with 4g RAM and 125 SSD it is upgradeable at home? I want the FD for longer battery life.
M

Are you guys considering the possibility of using OLED technology in your laptops?
P

question: HI Donnie, what is your favorite dell product?
question: about how many years will a xps 13 hold a good charge for?
G

If you could improve ONE THING about your laptops, what would it be??

Would you rather have 5 tiny computers, or one luggage sized computer?

What's your favorite type of monitor to use?

When selling bulk laptop/pc's to businesses and schools, does Dell attempt to help guide them to what fits their needs or just offer a catalog and let them grab whatever?

As an ex teacher, i was often very upset with the amount of money spent on bottom of the barrel products that did not do the job we as teachers needed them to do. I understand budget concerns and the desire by the business or system to minimize cost, but does anyone at Dell actually let them know what they are buying won't do what they hope it will do?
V

I have 3 questions.
1. Why does the dell xps 13 cost so much? I am talking about the non convertible. I ask this as I have always wondered why high end ultrabooks have cost a lot of money when you can't do that much with them.
2. Why do some of your business line come with only 1 year of warranty and not the standard 2. I forgot the exact models sorry.
3. Do you plan on bringing more models to the dell insperon 1537 I think the laptop is called. I am talking about the one with the gtx 1050.

If I come up with more I will ask here.
M

Question: If you had to choose a celebrity to represent the top tier Dell XPS 13.....who would it be?

Serious Question: Assuming you've conducted surveys on Dell products, what is the main use for the Dell XPS series? Is it mostly for general use? or are users purchasing the XPS for productivity purposes?
D

I'm a designer and small business guy, in the past I've had XPS computers that catered to that. Looking at the specs of the XPS 13 I'm not sure the Adobe CC suite would run on it very well. Do you have any recommendations for designers and the XPS product line?

Well, hello and welcome to Tom's Guide, Donnie Oliphant+the XPS team! It's a pleasure to have you among us and I hope we can entertain you during this session.

I've dealt with Dell's XPS range of products in the past and most notably the Dell XPS 17 range of mobile computing devices. It's sleek, functional and ofc very worthy of a mantle showpiece spot for a techy. The only downside to the range is that it isn't as robust as people think it to be. My question is are you guys in the design team interested in introducing a series within the XPS range that is, well, more rugged? I've had some XPS laptop's come in with broken spines and it just came about from multiple opening and closing of the lid. In that regard, would you guys likely see a store pop up on Dell's site whereby it catered to replacement parts for the XPS range? Just because each and everyone of your designs are more noteworthy than the previous generation, I'm sure people would much like to restore it and retire for the sake of holding onto a piece of tech art work

Following up on that, there's the recent boom with having an external dock for dropping in a much beefier GPU to pair it with a mid range laptop, courtesy of a USB 3.1 port, do the folks at XPS see any avenues to launch a dock under Dell's banner and in that respect a whole range of products that go hand in hand with power users on a Dell XPS laptop?

I'm sure you folks know that a lot among the SFF community have paired an HD Plex or a Pico internal PSU with your power bricks. My question to that is would you guys be interested in releasing a power brick much akin to the old DA-2/DA-3 units but in the more sleek and minimalist form factor of the new Dell XPS 13 power brick?
Like this 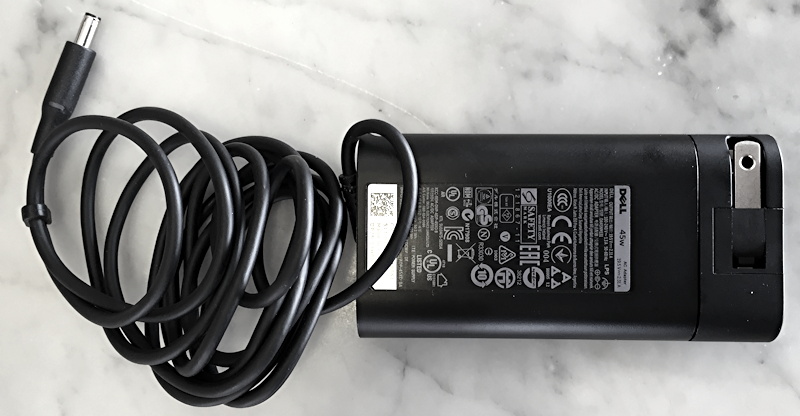 Seeing how aesthetics, over time, have flown from the exterior to the interior of a system(and vice versa), I was wondering if the power brick would eventually fall to that stroke as well.

On a more casual note, is it possible to outline how the design team makes progress with a design for any and/or all of the products in the XPS range? For example, how long it takes for a drawing to manifest as a physical prototype and how long before the product's launch do you have from start to finish? I apologize if the scope of answering this is immense, I'm an architect and have always fancied the designs that churn out of Dell's HQ and now that I'm getting to ask the Director of the XPS Product Group, I didn't/couldn't hesitate.
^ Oh and what sort of qualifications would you be looking at if you were hiring an individual for assimilation within the design team?

I hope I haven't bombarded you kind fella's with too many questions, it's just we don't get you very often

Have a good one here and looking forward to the day!!!
M

Hello! Great to see you here

I have a few questions regarding your Developer / Linux Editions:

- How much do you have to work with suppliers to get parts that plays nicely with Linux?
- I guess you can't comment on sales volume, but is the DE sales actually significant enough to make a dent?
- Will you continue to focus on making great Linux laptops, and perhaps expand to the XPS 15 line as well as XPS 13?

I see from different sites on the net, that is seems Quality Control isn't always perfect with your XPS laptops. Is this something you are working actively to improve?

I myself ordered a XPS 13 DE. On the one I got, the two top rows of the keyboard didn't work. I've seen others having the same problem, and I imagine that could have gotten caught with some pretty basic quality assurance before the product was sent?

Would this be powerful enough for music production?
Click to expand...

Are there any features that make it easy for disabilities to use this laptop? People who are paralyzed, bad eye sight, hard of hearing?
Click to expand...

Who designed the Dell XPS Laptop and what's next for the future of Dell Laptops?
Click to expand...

I realized that other XPS 13 products come in two shades of color: gray and rose gold, how about adding a featured color, with patterned design that is only available for limited time? I think that would sell grand.
Click to expand...