Here's how the Nvidia RTX 3080 and AMD RX 6800 XT compare in terms of specs, price and performance.

Article: "Well, it’s likely that AMD was taking advantage of Smart Access Memory in these tests."

For the head-to-head comparison between 6900XT and RTX3080, AMD wasn't using SAM or Rage Mode. They clearly show when they do use those methods in a separate graphic later on in their presentation: 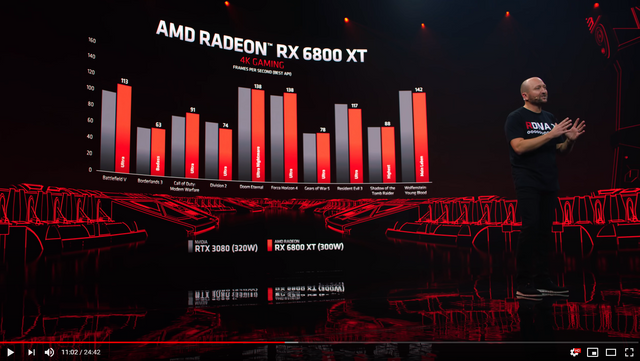 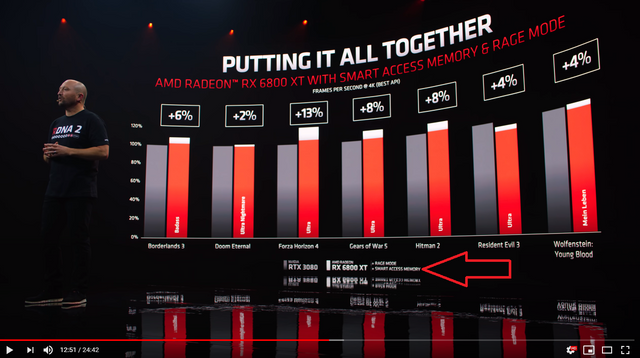 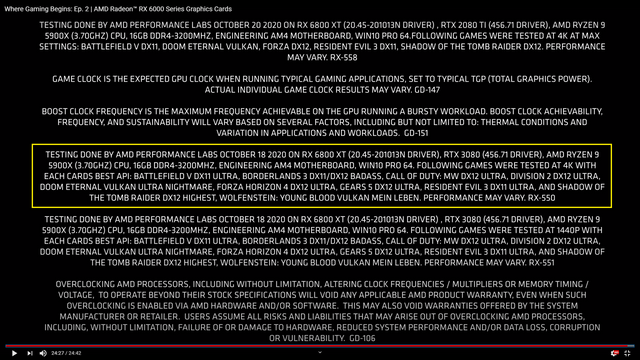 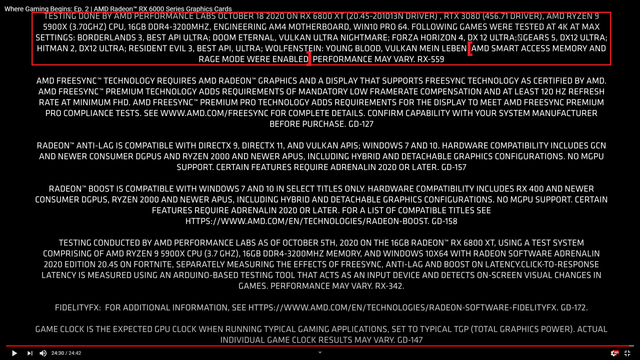 Now admittedly they could have gone the extra mile to say "No SAM/RM used for this testing" but it seems fairly clear where it is used and isn't. So it's misleading to suggest that they're hiding something without any evidence.

And just for the record, I'm not an AMD fanboy, I currently use an GTX 1080. Both Nvidia & AMD have swung for the fences this generation of cards, which is great for us as consumers.