The headphone jack on the subwoofer of my Bose speakers broke. They come with a little volume knob, which allows me to use the jack that’s on the knob. I was able to unsolder the jack but it seems to be proprietary. I have searched online and found similar jacks but not any that would fit on the board correctly. You can take a look in the picture below. It’s a 3-pin TRS jack. The jack has a plastic base which allows it to sit a few millimeters off the board. The jacks that I have found would sit directly on the board and the jack won’t match the I/O shield on the back of the woofer.

I know I’m not going to find the same one. I’m thinking of getting a AUX cord with one or two female jacks and cut it in half. Then I would just solder the wires directly to the 3 corresponding pins. The female jack would act like a headphone jack.

Image of the jack it has 3-pins but one came out when I was removing it. 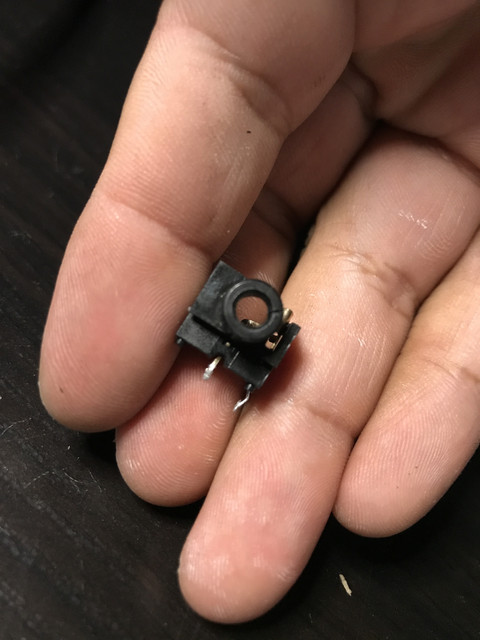