So I had an MSI GS70 2QE laptop (i7 5950HQ & GTX 970M) I was using for work, and unfortunately the screen got smashed. I had been using it with the HDMI out on a second monitor so my kids could use it afterwards, however, the GPU had been steadily getting toasty. I thought that perhaps I could solve some of the overheating on the GPU by turning it into an all-in-one pc (or at the very least, make a custom desktop style enclosure for it) to give it a bit of breathing room. It also gives me a little side project to work on so the kids have a reasonably okay computer!

I've cleaned out the GPU and CPU fans, and I will be applying some new thermal paste and pads to help with the cooling, but I wondered whether there's more I could do to keep it from thermal throttling in the future? It's still going to be for the kids

The stock fans are tiddly noise generators (PAAD06015SL), and they push air through some vents (which I imagine are there for dust, and to create more surface area for the heat dissipation) but I would need to make funnels to properly direct airflow through the air vents, if I was to use more powerful fans.

If I used a couple of more powerful fans to push air directly onto the heat pipes and then had a couple of fans pushing air out of the enclosure, could this be a better way of cooling things down? I have some spare 12cm fans from a previous project which I could use.

Here're some images of the GPU heat pipe and fan: 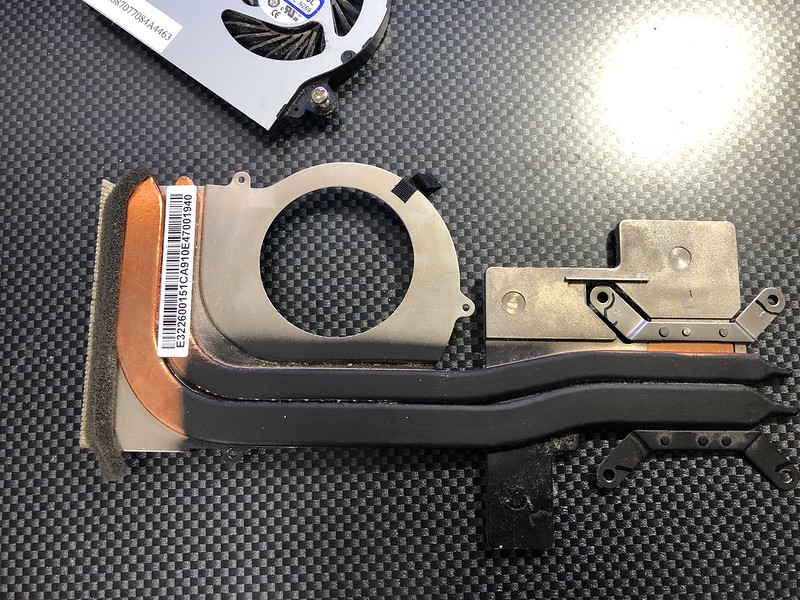 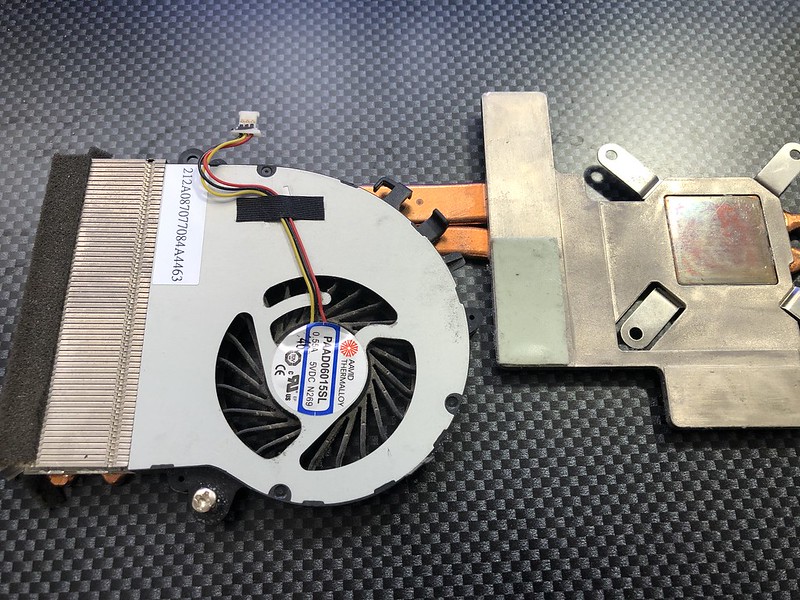 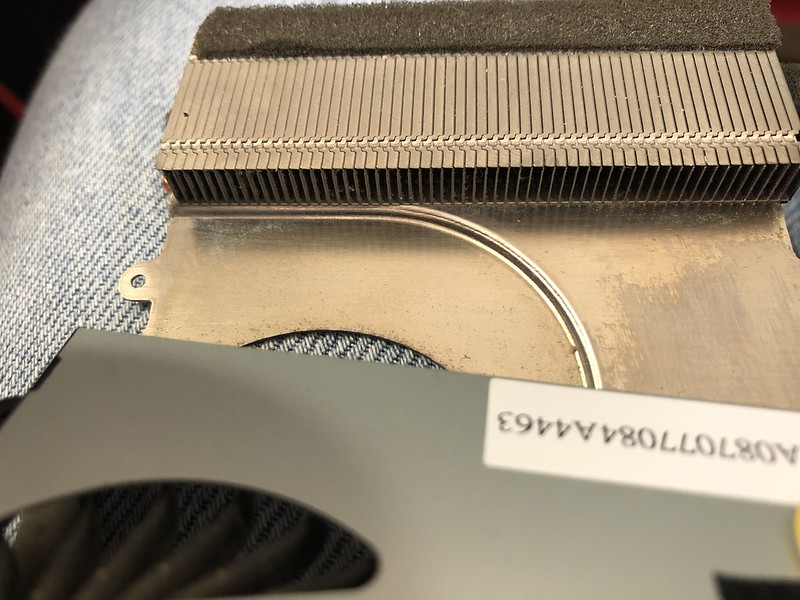