The danger-filled Blurry Flurry is the level that will give a hard time in not only finishing this level but also in finding the collectables. But, this guide to finding all KONG letters is all you need to search and collect the all 4 KONG letters. So without wasting any time, let’s get started:
Kong Letter #1:
The first KONG letter will be seen after you have spent a lot of time playing this level and have advanced in the level a bit. Keep playing the game until you come across the ice tunnel that has a slide taking you downwards. As soon as you reach down, you will see two rings of bananas. That’s where you will get the first letter. Go a bit further from the banana rings and you will see the “K” letter in the same ice tunnel, stay low to grab the letter as it will be near the ground.

Kong Letter #2:
Once you have collected the first letter, go towards the right side and you will come across another slope going downwards. Go down and then keep on moving until you see a series of snowball cannons. That’s where you will see the next KONG letter floating in the air between a vertical line of bananas. Go towards it and grab it but make sure to keep away from the snowballs coming out of the cannons. 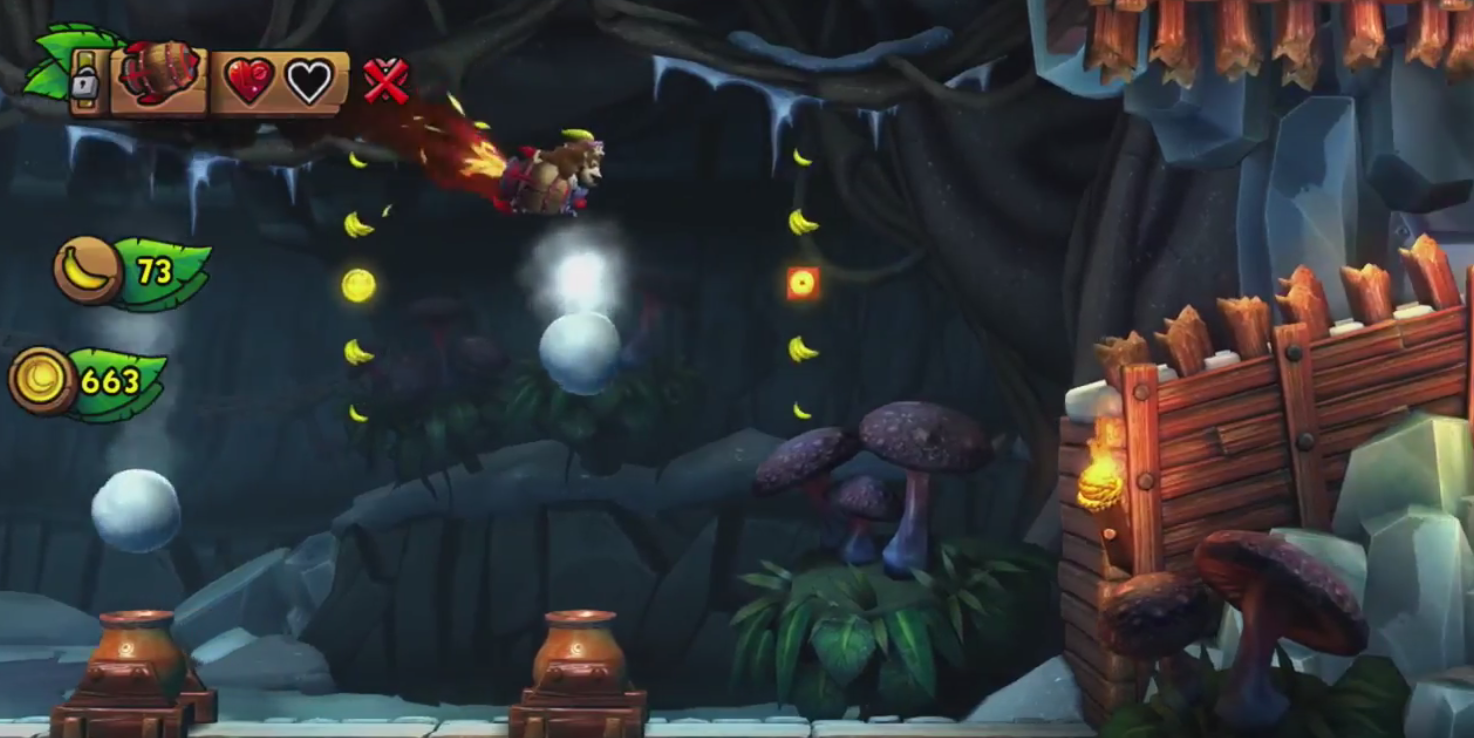 Kong Letter #3:
After you have collected the second KONG letter, play the game for a while until you reach near the giant snowballs that fall on other side of the tunnel. Dodge those giant snowballs and you will see a line of bananas appearing in the subsequent passage of ice. Follow that line of bananas and you will reach the ceiling and that’s where you will see the third KONG letter. Go towards it and grab that letter.

Kong Letter #4:
When you are done collecting the third KONG letter, more ahead and a giant snowball will drop in the background that will shoot into the air a bunch of small snowballs, banana coins and bananas. Dodge those snowballs and collect the goodies if you want and keep on moving. Soon another giant snowball will fall that will shoot some more snowballs, banana coins and bananas in the air.
Collect them if you want and then keep on moving. A time will come when you will reach to the end of the cavern where there will be an inclined way out of the cavern; there will be a line of banana on that incline. And in between those bananas, you will see the final KONG letter that is “G.” Collect that letter on your way out of the cavern. 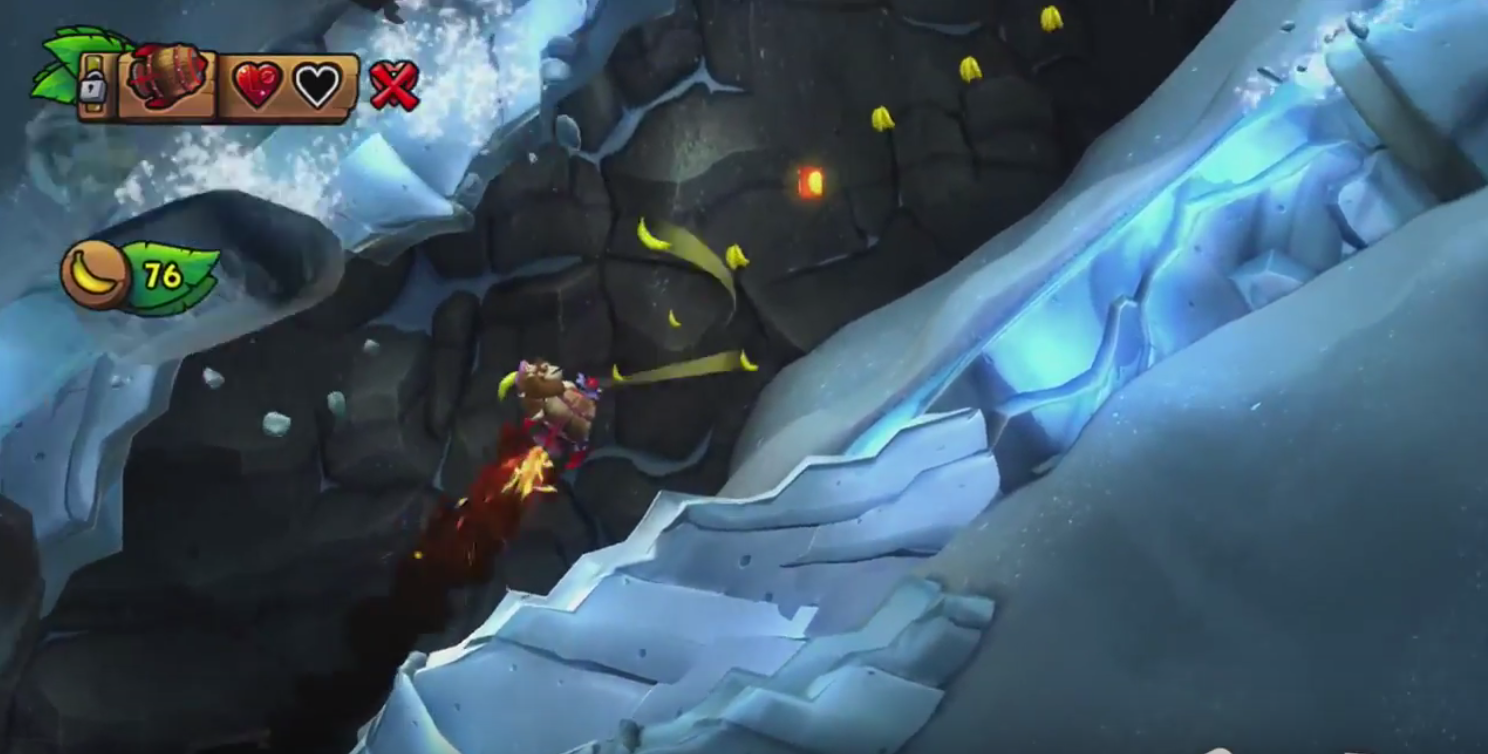 This is all the information that you need in order to collect all four KONG letters on your way towards the end of the level.