The boss of Juicy Jungle is a big bear who will attack you with his giant hammer, avoid all of his attacks and then follow this guide to defeating him. The steps mentioned below will guide you:
Phase 1:
The boss who is a white bear will start to swing his hammer at you. He requires a bit long wind-up so you will not face any trouble in dodging. The hammer will be stuck in the ground so you can jump off from the blunt end and then give him a bop on his head. He usually jumps up and then gets out of sight. Keep an eye at the top of your screen. You will see a little bit of ice and snow in the area when he will drop from so make sure to stay out of his way and jump off the ground as he is about to land or you will lose your balance. He may jump several times to squish you, so make sure to stay alert. 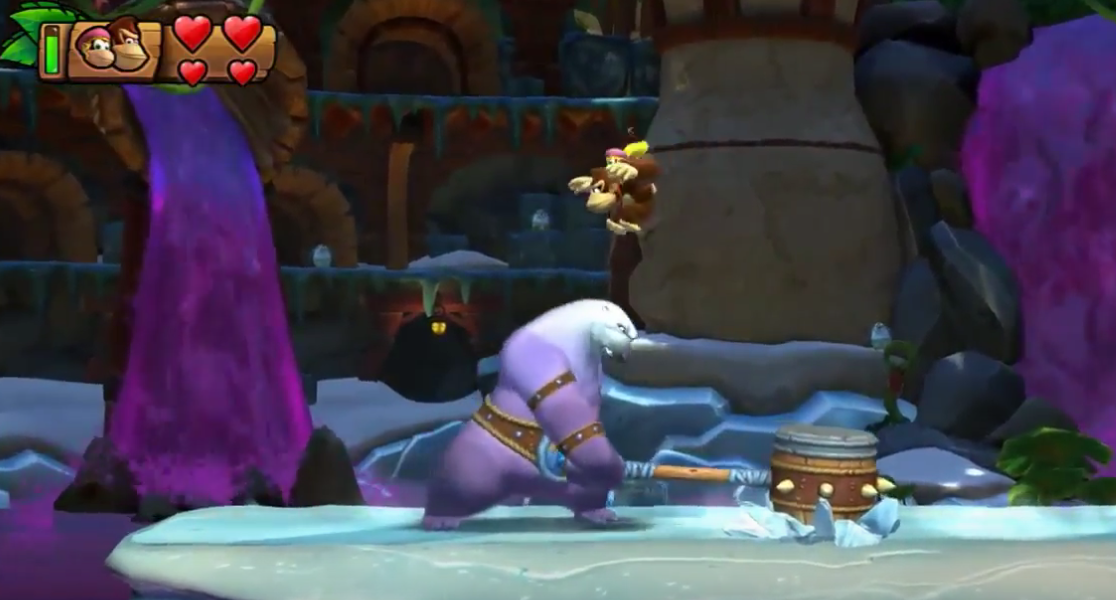 Once he is done with the jumping, he will kick a series of ice block toward you. Keep an eye out for the ice block with watermelon bomb inside it. Just jump on the block and then give the block a pound to release the bomb and chuck it at the boss. If you miss, he will again try to hit you with his hammer. Once you strike him three times, you will enter the 2nd phase.

Phase 2:
The bear will now knock a few ice blocks from the ceiling and then slide towards you. You need to jump up on the ice blocks and then jump over him. As soon as he reaches the edge, he will drop his hammer, so give a bop on his head. He will now jump off the screen again and will slam back down, but he will create an icy shock wave this time. Just jump over the wave, he will do it several jumps like this one in a row.
Once the bear is done jumping around, he will knock a few stacks of ice blocks from the ceiling and will charge at you. But this time, it’ll take two to three passes before he drops his hammer on the ground and allows you to give him a bop on his head. Just remember, wait until he is dizzy and then bop him his head. After three hits, you will progress to Phase 3. 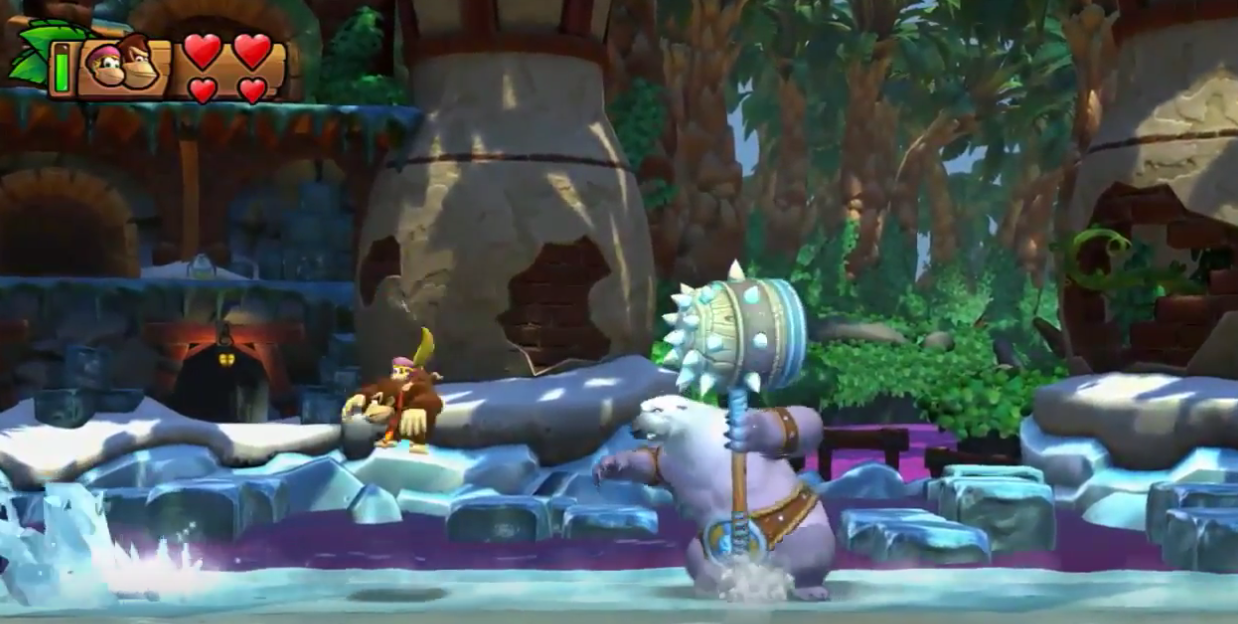 Phase 3:
The bear will now kick the ice blocks towards you but they will come in stacks this time. Just like before, find the watermelon bomb, free it and chuck it at him. After that, he will start to swat ice blocks towards you with his hammer. Just avoid them by jumping over them. He will also try to fake your out by pulling back on his swing sometimes. He will then draw back and actually hit the block of ice, but this time it will move slower than before, so time your movements carefully.

After that he will try to hit you with a slam of hammer, this will send a shock wave, avoid that too. His hammer will be stuck in the ground, use that time to bop him on his head but be quick the window is very short. If you don’t bop him, he will go for another slam of hammer. From here, he will make alternative attacks including kicking of columns of ice, swatting the ice blocks with a hammer or doing the slam of hammer. Just hit him three times and he will then be defeated.

These are all the steps to defeat the Juicy Jungle boss. Just follow these steps and make sure to avoid his attacks and you will be fine.
I
itz_james
View all 478 featured items
Previous Next
You must log in or register to reply here.
Share:
Facebook Twitter Reddit Tumblr WhatsApp Email Link