God of War - How to Beat Geirdriful

Geirdriful, God of War’s Foothills Valkyrie, will be one of your tougher challenges. To win, you need to learn her a plethora of attack patterns and use Kratos’ might to maximize the damage when she’s vulnerable This guide, is a step by step guide on how to beat Geirdriful. Remember that the key to defeating any Valkyrie is responding to her attacks. If she does something, then you will have to answer with an action. It is only with careful planning that you will beat Geirdriful. 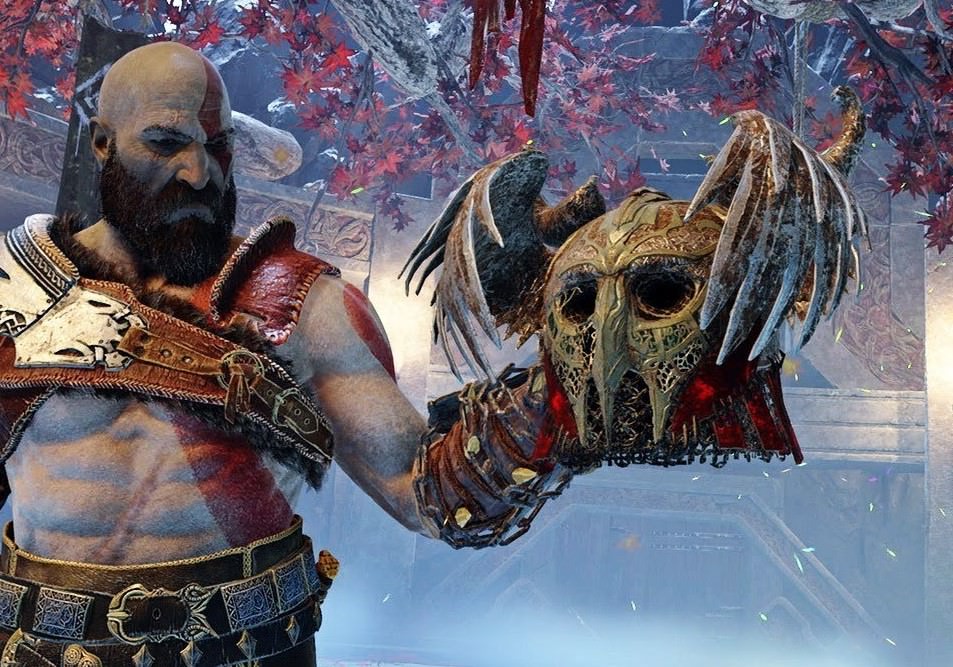 Walkthrough
Geirdriful's attack patterns are difficult to predict, unlike other Valkyrie’s, so you will need serious skills, and meticulous planning to defeat her. To Defeat Geirdriful you will need to block often, switch your weapons constantly, and evade her moves. Only after learning her moves, and spending serious time practicing, will you be able to win.

AIR ATTACKS
Geirdriful has two forms of air attack:
1. When she hovers, have Atreus fire arrows at her. The arrows may not have an immediate impact on her, but eventually, the arrows will ground her. Basically, you have to stop her from using her devasting attacks on a vast area by keeping her our of the air. 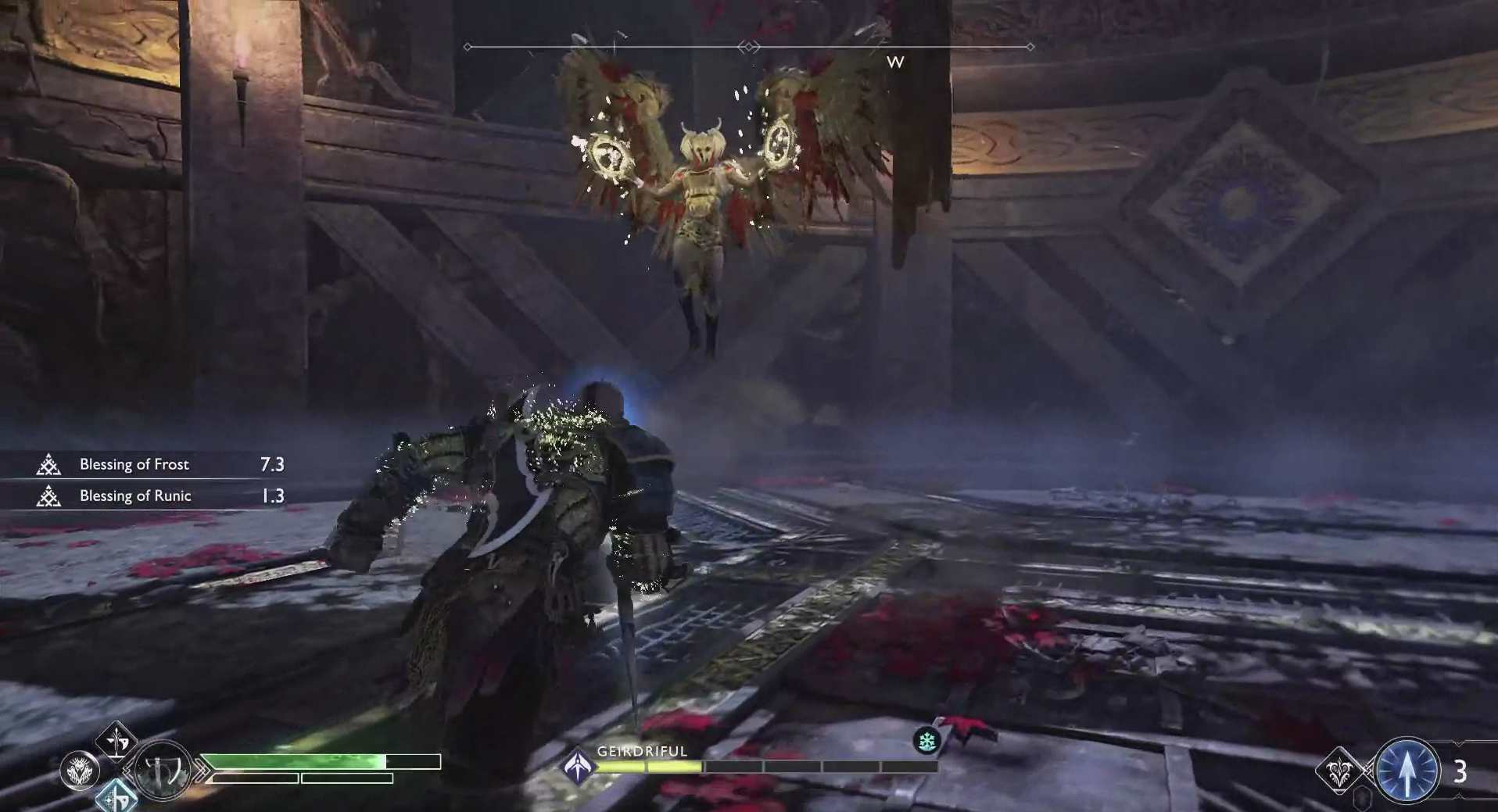 2. Avoid being directly under her when she is airborne. If you can't see her, you can't predict her next attack. Try to keep her in your visual field at all times. 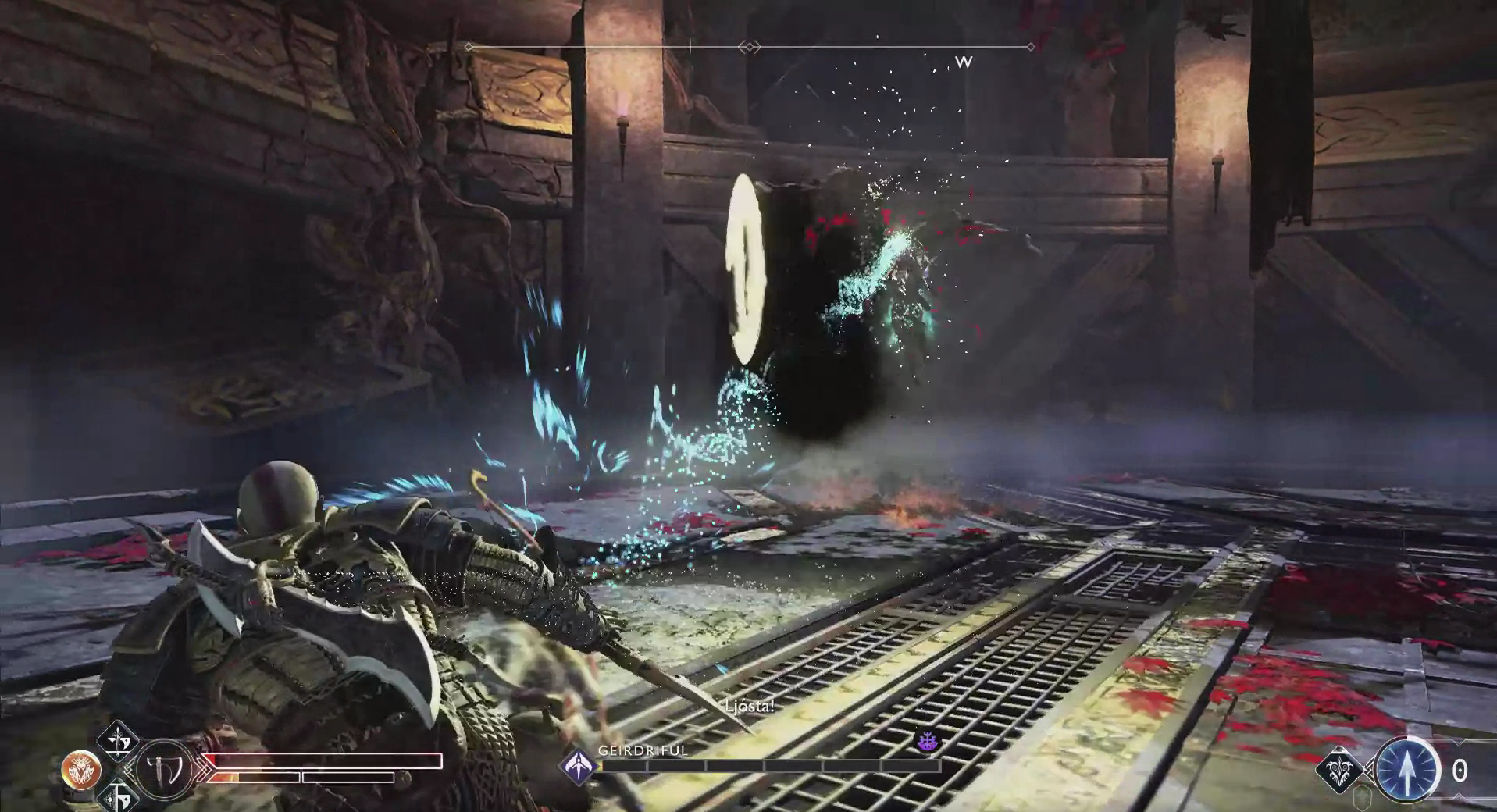 THE GRAB AND POUND
She can transition from flying into a grab attack, where she takes Kratos and pounds him straight into the ground. It does significant damage and it's unblockable. Again, keep your distance when she’s flying. That is a general rule: Never let Geirdriful into your zone.

RANGED ATTACKS
Geirdriful has a variety of ranged attacks:
1. She can swing her scythe to send an unblockable yellow wave of energy. Just before she attacks, there will be a red circle around her, so be mindful and try to evade the yellow wave of energy.
2. She flaps her wings and flings smoky, black projectiles at Kratos as well. Block them.
Keep your distance. Distance will minimize any advantages that she has, and you’ll have time to block and dodge if you’re far away from her.

GROUND-BASED ATTACKS
Geirdriful has a variety of ground-based attacks, too:
1. She can cover large distances across the arena to attack you with her wings. Try to block these moves.
2. She also uses the standard Valkyrie wing attack, where she alternates between her wings, swiping at Kratos. You can block those. She may run away from this and transition into her smoky ranged attack.

Fighting Geirdriful is quite a challenge. You will need to continually evade her attacks, while at the same time attacking her. It is only after getting to know her moves and setting up a response that you will defeat Geirdriful.
M
metsopulosj
View all 136 featured items
Previous Next
You must log in or register to reply here.
Share:
Facebook Twitter Reddit Tumblr WhatsApp Email Link