God of War - How to Beat Hildr 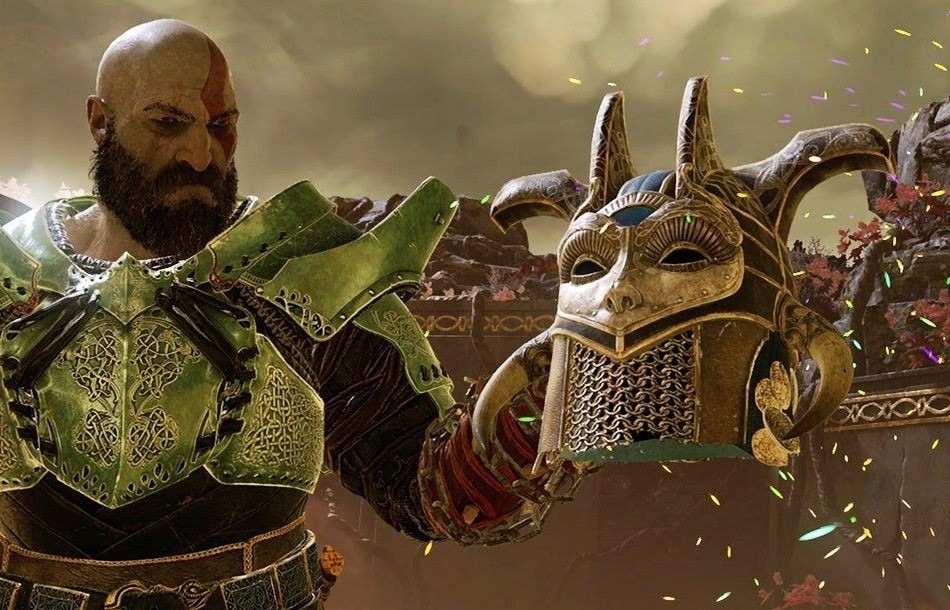 Hildr is a brute of a Valkyrie, and defeating her will require, plenty of skill, as well as practice. Her limited move-set is devastating, and she can cause serious damage in the blink of an eye. If given the chance, Hildr can make short work of you. She uses her wings to good effect. She also will harm you with both air-based and ground-based attacks. But like all other Valkyrie, she has a weakness.

Walkthrough
The following is a step by step guide on how to counter every one of Hildr's moves: 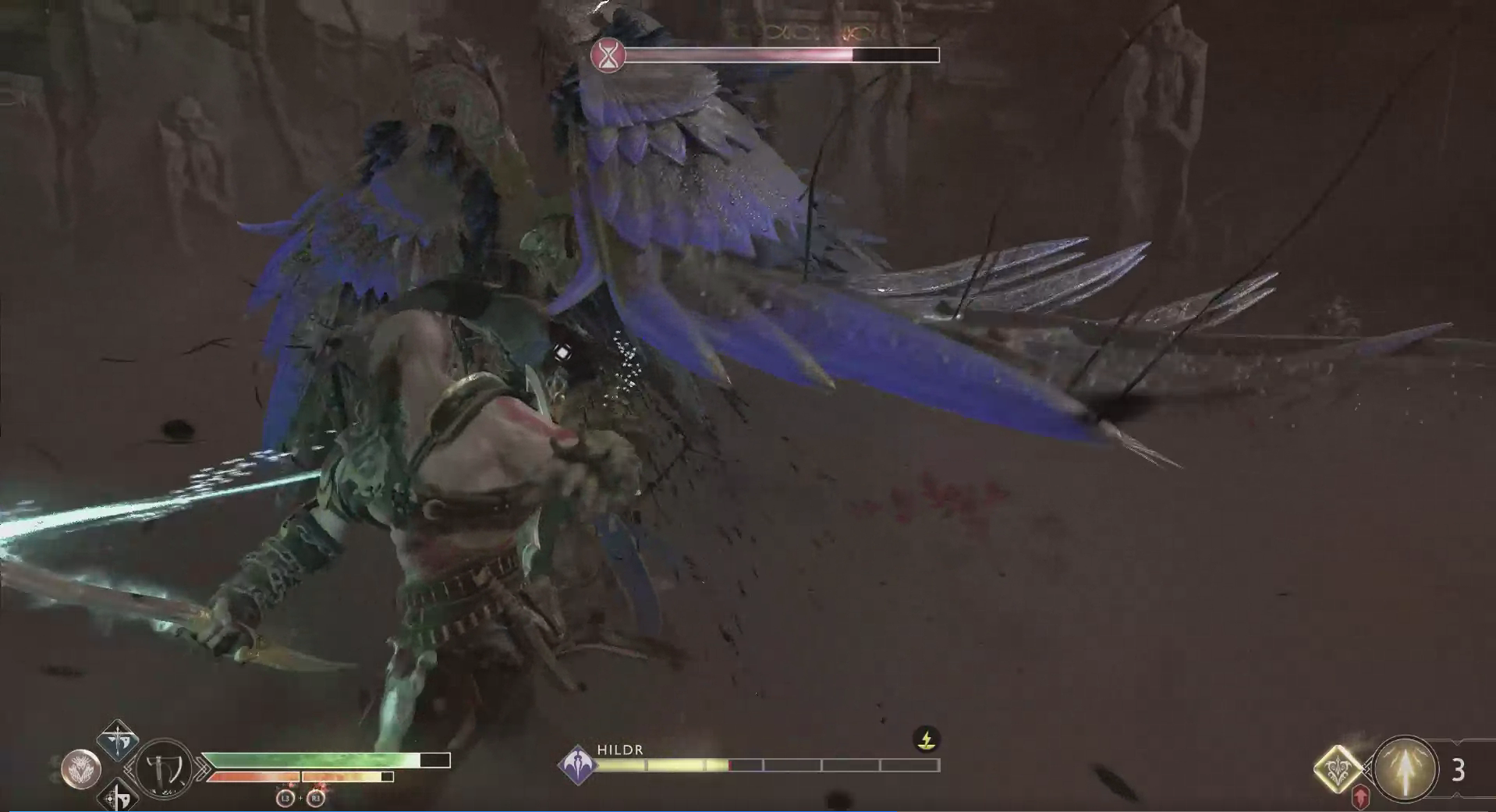 The best single activity to counter Hildr is to repel, which gives you what feels like an enormous window to assault.
You can repel huge numbers of her assaults — particularly when she slides over the field to close the separation amongst her and Kratos. Simply sit tight for her to draw near, then raise your shield and stagger her.
At that point, utilize the same new assaults that you used to overcome the foes in Niflheim rapidly. Those will work here just as fine as they did there.

BLOCK AND DODGE HER RANGED ATTACKS 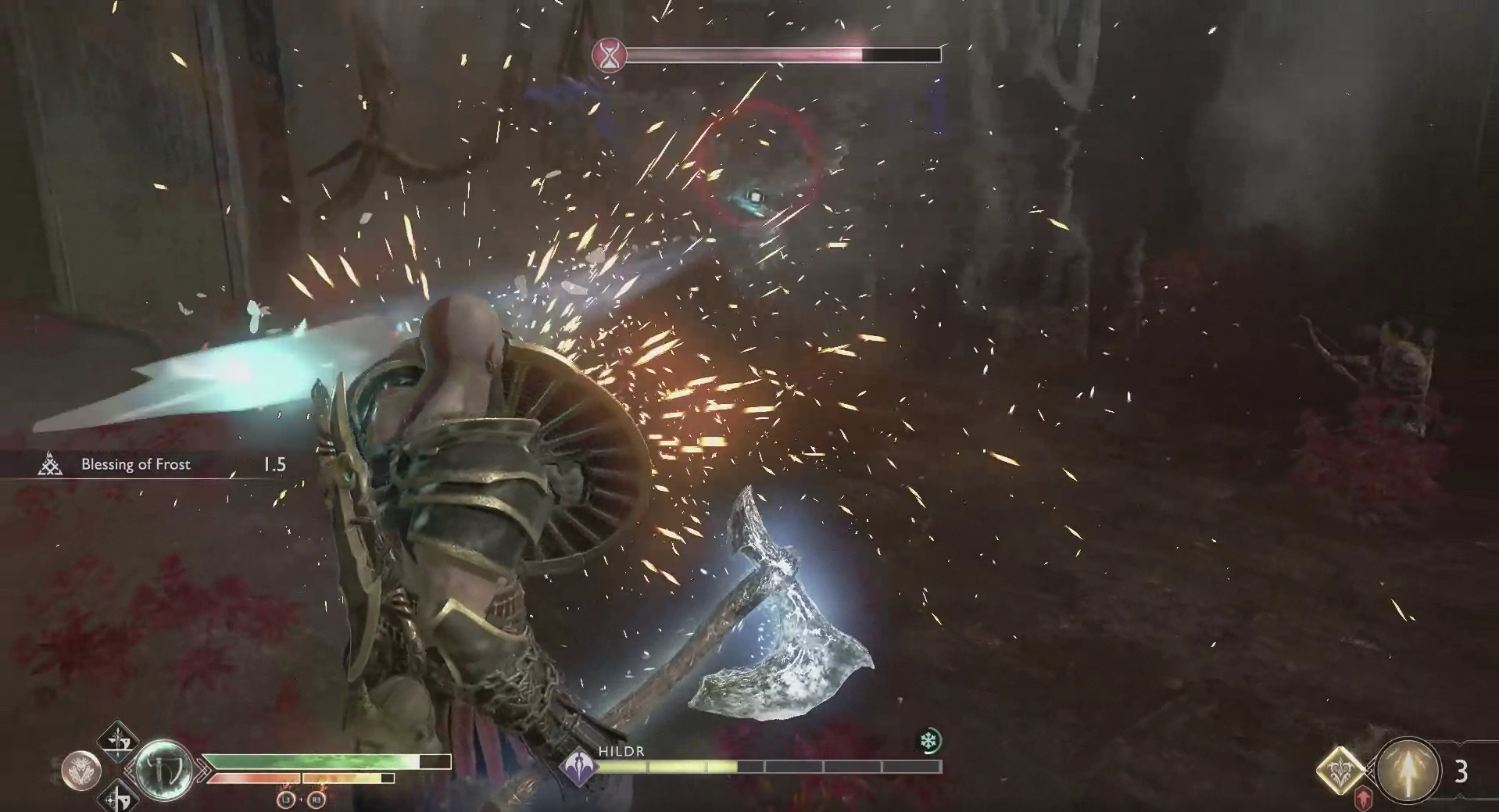 When she dispatches her extended-range assaults, block them. She'll fire a group of snowballs, which you can block. At that point, she'll fire an larger ice ball, but you can't block that one. When she delays, and you see the obvious red circle showing an unblockable assault, roll to one side. It's easy to evade this attack.
Her other extended assault is unblockable. It's easy to see the distinction: The unblockable one starts with the obvious red circle, yet it ends with a yellow burst of light crossing the combat zone. Simply do the same as you did with the ice ball - roll to one side.

SHOOT AND DODGE WHEN SHE JUMPS INTO THE AIR
At the point when Hildr flies up into the air, have Atreus shoot her. She may fall straight back to the ground, giving you a chance to assault. She may jump at you with another unblockable assault. If you see the red indicator, try to evade her by moving to the side.

HER WING ATTACKS ON THE GROUND 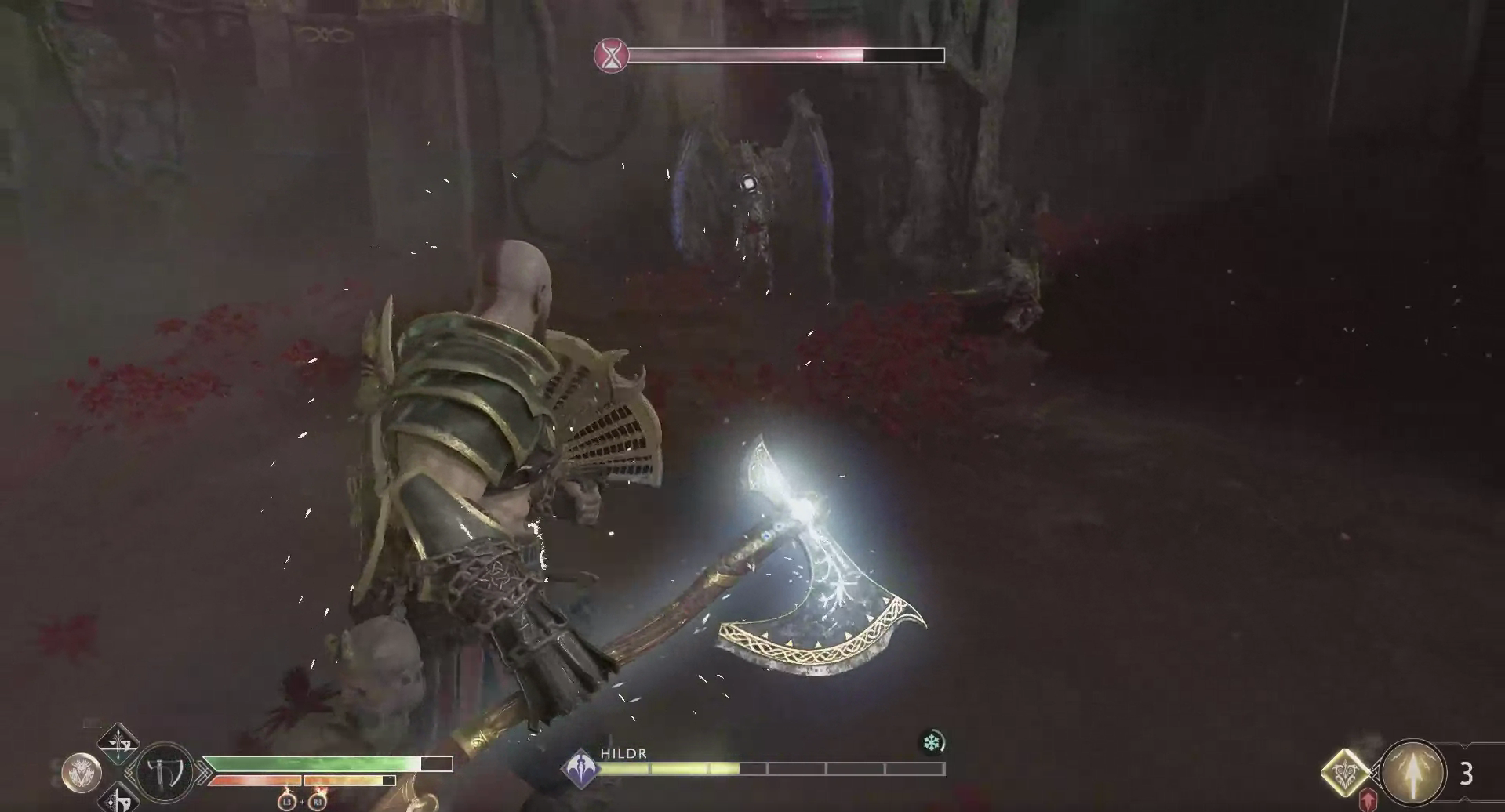 Her other assault is when she hits you with her wings at short proximity. Almost all of the Valkyries utilize this assault, and you should manage it in a similar way you manage in Niflheim or anywhere else: Block it, and assault after her whirlwind closes.

Killing Hildr is no easy task, and it will require considerable practice and skill. While Hildr may not be as powerful as Gondul; she is still a mighty foe. Her wings and her air to ground attacks make her devastating. Her ferocity is only matched by her cunning. To defeat Hildr, you will need to very skilful, and quick on your feet. You will need to use your shield a lot. You should be better off by letting her attack you, instead of the other way around; that is the secret to defeating Hildr.
M
metsopulosj
View all 136 featured items
Previous Next
You must log in or register to reply here.
Share:
Facebook Twitter Reddit Tumblr WhatsApp Email Link