How to Take Better FaceTime Screenshots in iOS 11

When talking about capturing screenshots on an iPhone, pressing the Power and Home buttons simultaneously is the method applicable all across the device, i.e. while using an app or otherwise. However, post iOS 10 the trick slightly changed, and if the traditional method fails to work, you can press and hold down the Power button first, and a fraction of a second later press the Home button.
The identical process is applicable while using FaceTime as well, and when running iOS 11, you can even add effects to the captured screenshots with the help of some built-in tools like brushes, color palette, callouts, basic shapes, and arrows. You can even add your signature to the captured image to make it unique and more personalized.
Here’s how you can exploit the various options to make the screenshots captured with FaceTime look more appealing:


■Unlock your iPhone running iOS 11
Depending on the model of iPhone you have, use the appropriate button to unlock your phone. Since FaceTime cannot be accessed from the lock screen, unlocking the phone is the first step toward the process.
■Start the FaceTime app
Swipe your finger to the left on your iPhone to go to the second page of the Home screen. From there, you can tap the FaceTime icon to launch the app. The app launches with the front camera turned on. 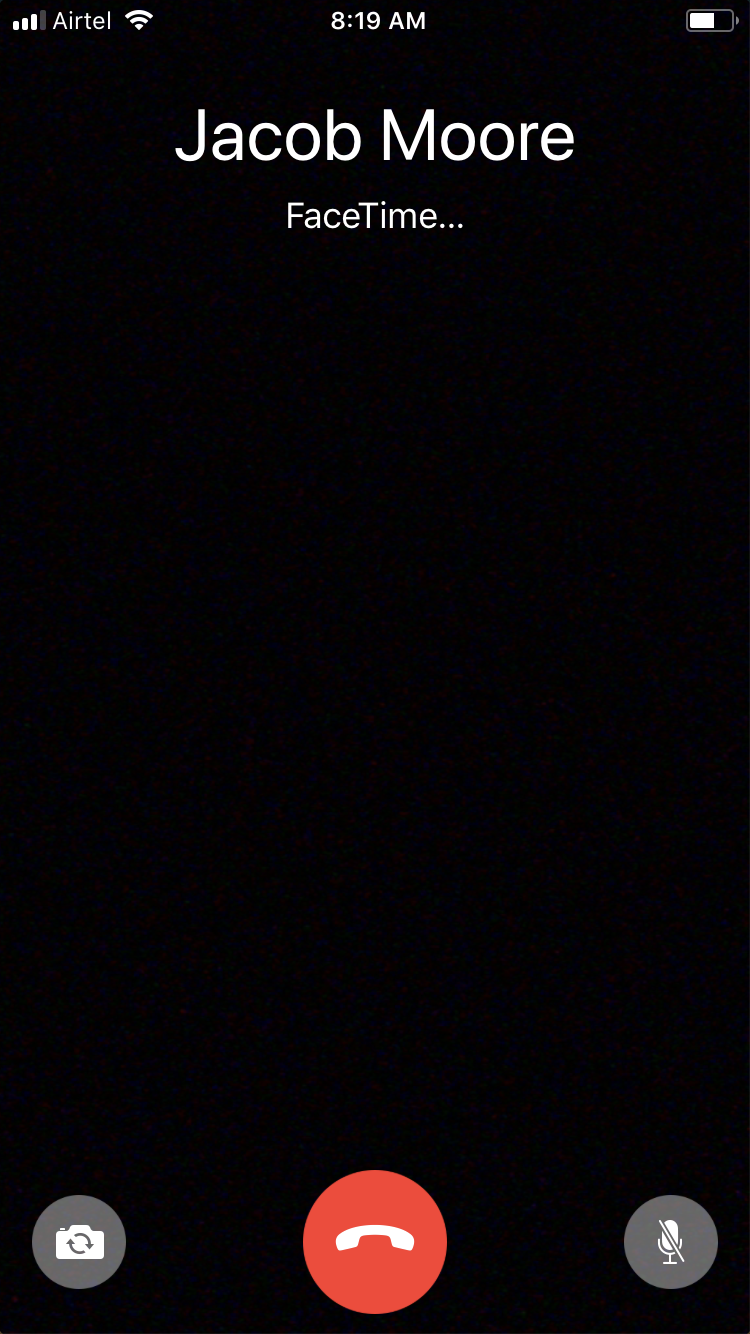 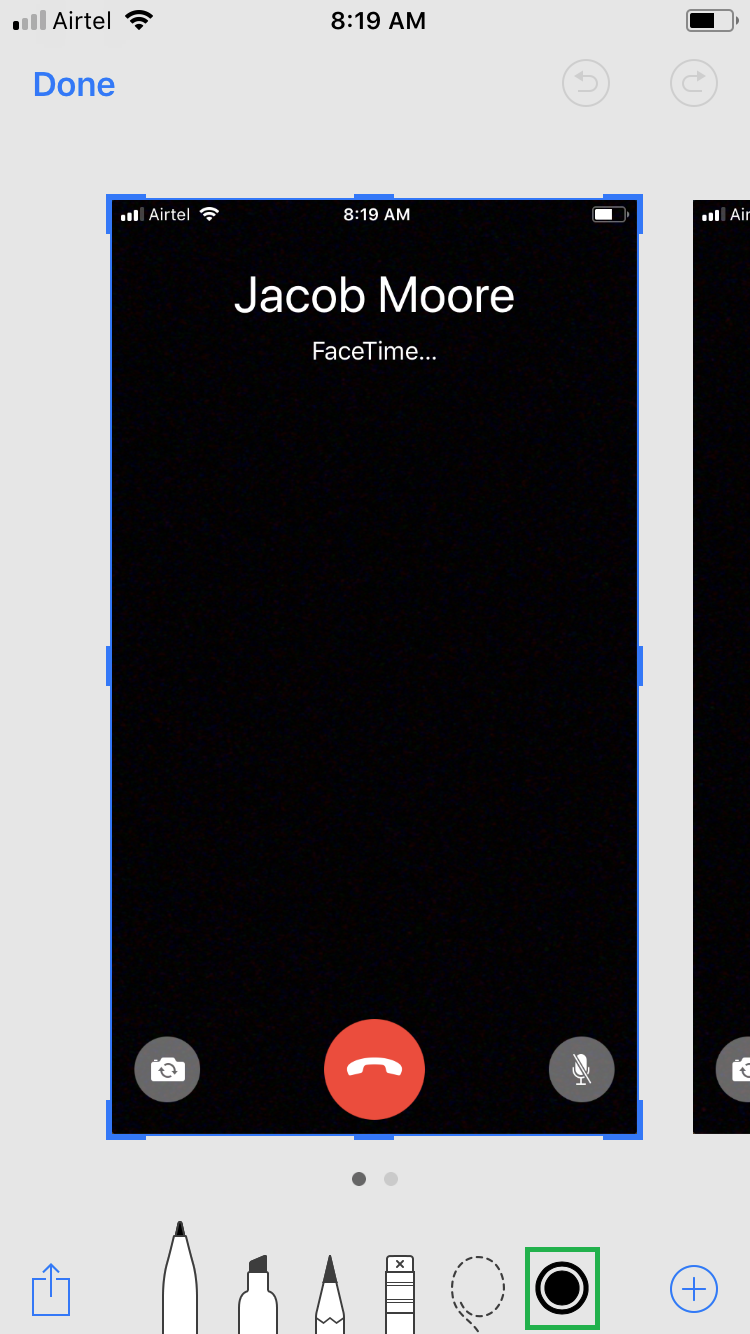 ■Decorate the screenshot
After the screenshot is captured, you can tap its thumbnail to view it in full-screen. From there, you can tap to select any of the available brushes, tap the black circle next to the brushes, pick your preferred color, and use the selected brush to add your creations to the image. Additionally, you can tap the + icon from the bottom-right corner to access other editing tools such as basic shapes, callouts, Signature, or Text. 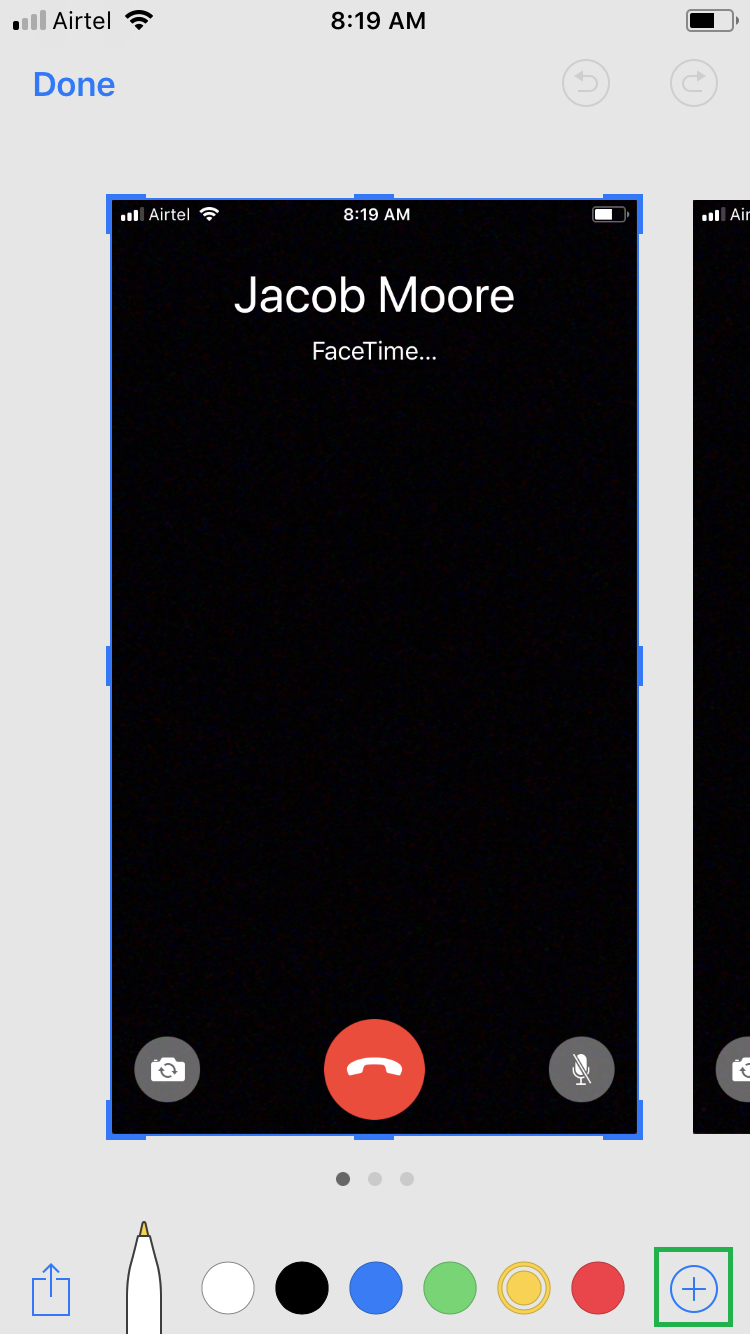 ■Commit the changes
Once you’re done editing the captured screenshot, tap Done from the top-left corner, and tap Save to Photos from the menu that opens up at the bottom. Alternatively, you can tap Cancel or Delete Screenshot to go back to the editing mode or delete the image altogether respectively. 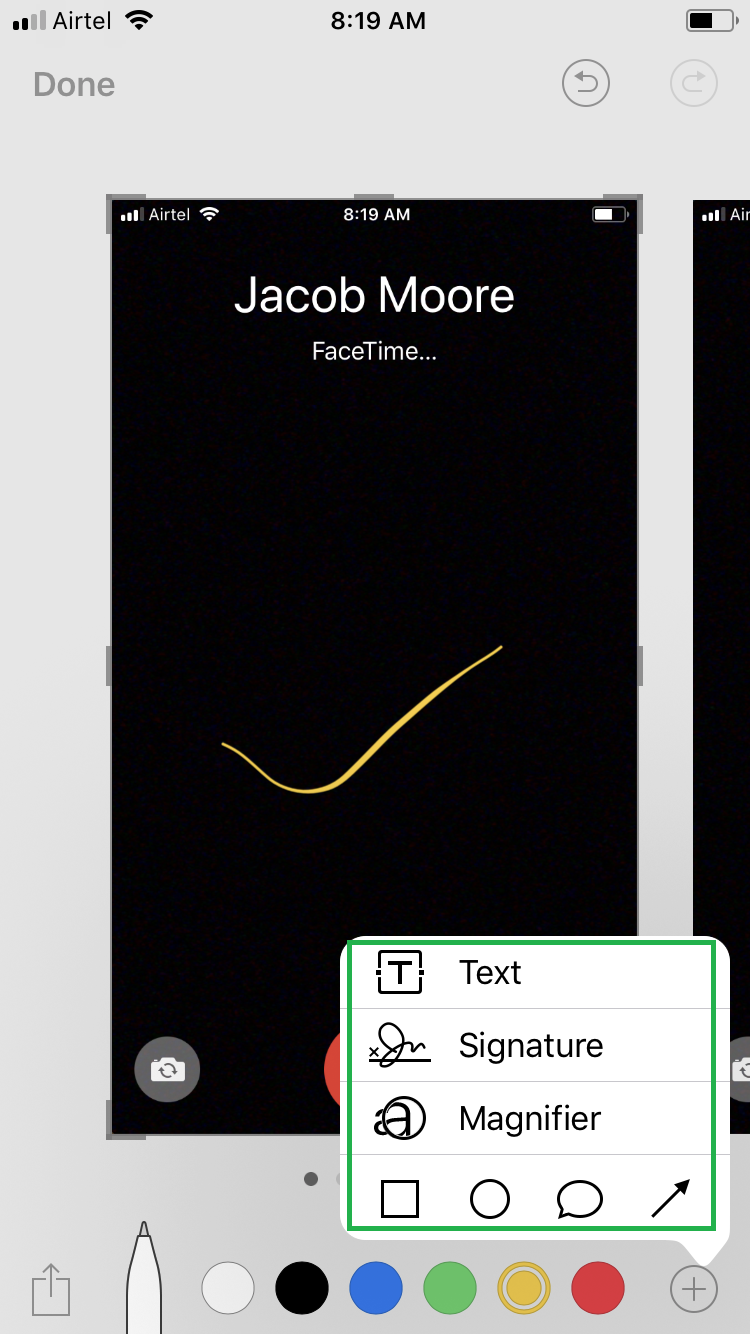 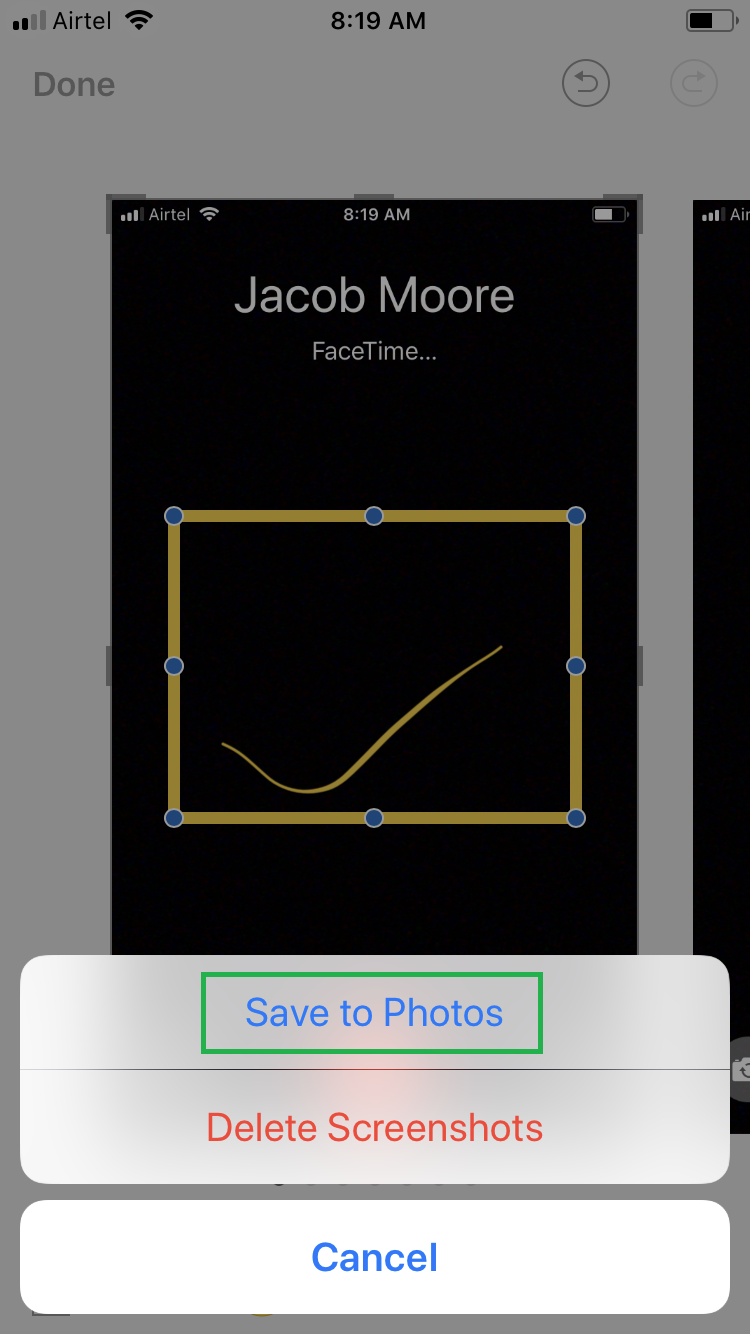 
You can view the edited screenshot image by going to the Photos > Albums > Screenshots folder. The screenshot can also be accessed from the Moments window (default interface) of the Photos app, and can be used as any other normal photo. 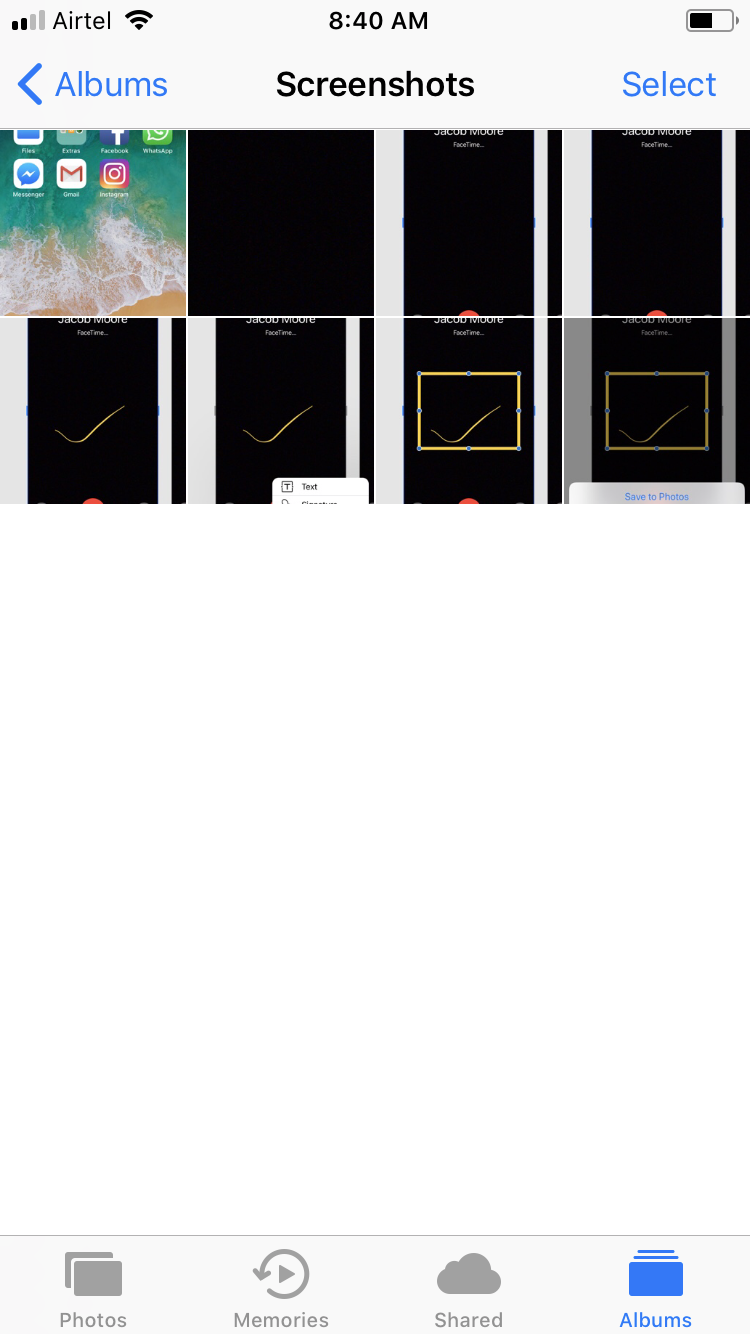