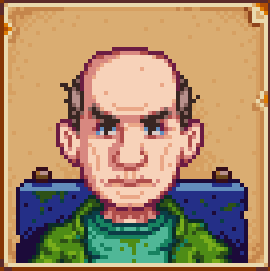 George is the oldest human living in Stardew Valley and it shows as he is constantly in a wheelchair. He is also very grumpy and mad at the world because he thinks of how unfairly life has treated him so he does not appreciate help from anyone and likes to do everything himself even though he is a wheelchair. He is married to Evelyn, the second oldest human in Stardew Valley, and they have a grandson named Alex who is one of the 12 people available to marry in Stardew Valley. He also had a daughter named Clara but sadly she passed away and only left behind Alex as her only remaining memory.
George’s Schedule:
Since George is riddled with health problems he cannot leave his house that often. You can find him mostly in the house throughout all the seasons but he does leave on Sunday as he goes to Pierre’s house. Pierre has a shrine of Yoba there and George goes there to pray. 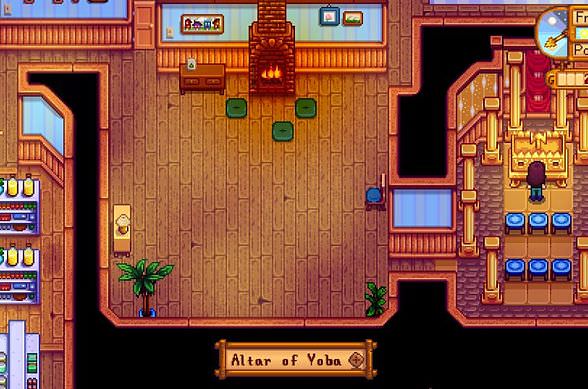 He also leaves the house on the 23rd of every month with Evelyn as he goes to the doctor to get checked up.
George’s Gift Guide:
George may be a crotchety old man but he does appreciate some gifts and lucky for you, you can give him some really easy-to-get stuff. You can give him Leek, Fried Mushroom, Daffodil and all Universal Loves and Likes except for flowers. He really does not appreciate flowers. You should also not give him Wild Horseradish, Salmonberry, Quartz, Clay, Holly, Dandelion as well as all Universally Hated and Disliked items. By giving him these gifts you can easily make friends with him.
George’s Heart Events:
There are three heart events that occur with George. The first happens when you reach 3 hearts with him. He will send you a recipe for Fried Eel which you can cook to get some good buffs which are useful for mining and combat. 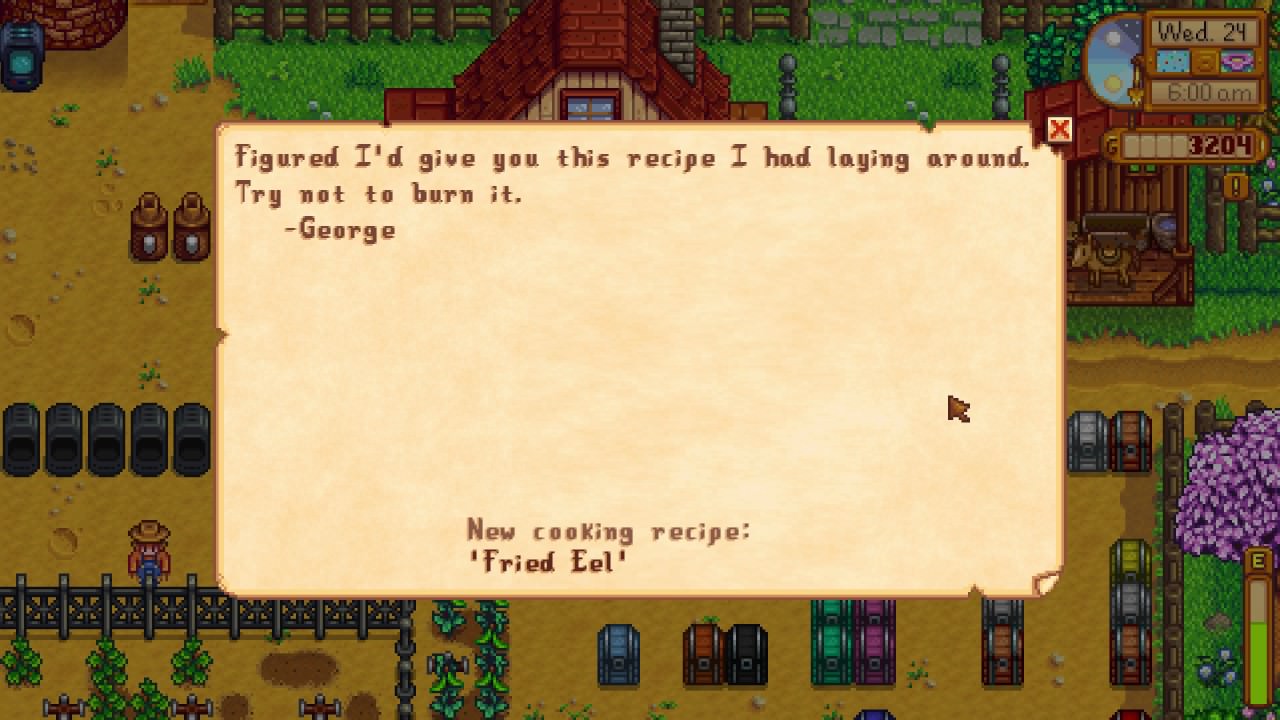 The 6 heart event occurs in his house. You will enter the house and see that he cannot reach a certain book on the shelf, help him with that and he will tell you why he is in a wheelchair. The 7 heart event is another recipe. This time for Spicy Eel, this dish will help you even more in mining and combat as it increases your Luck and your Speed. 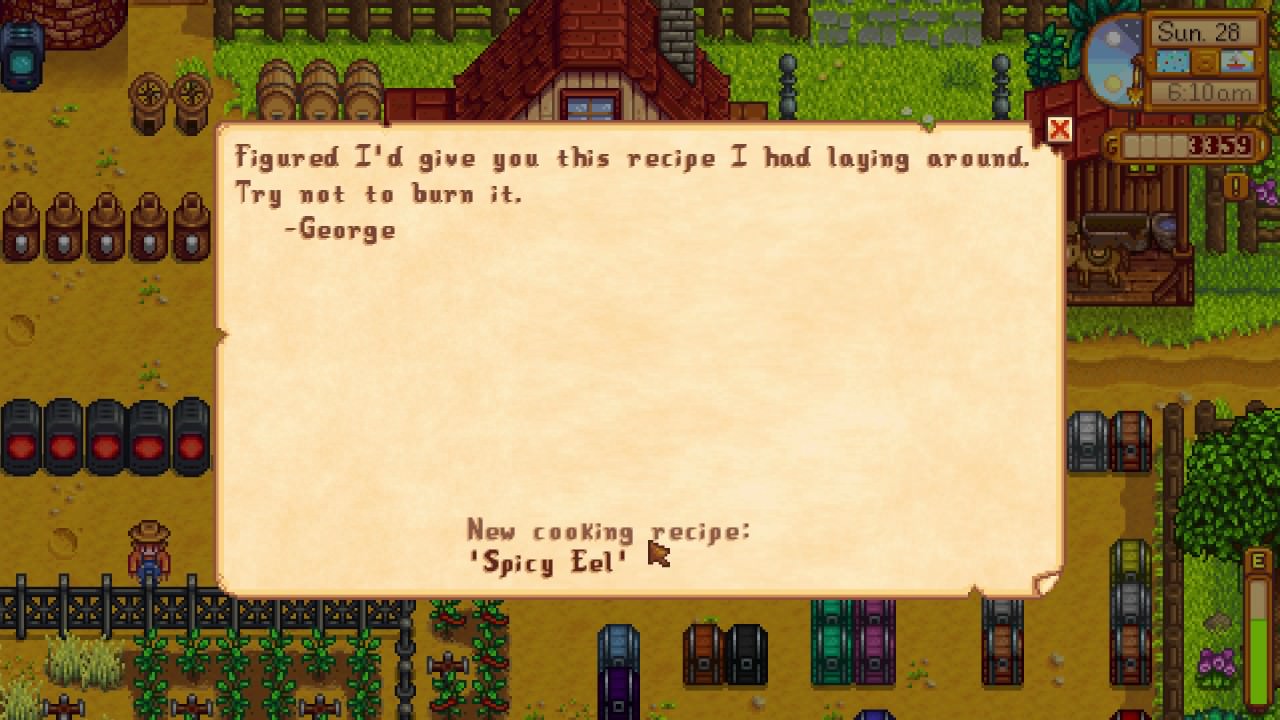 George’s Quests:
Throughout the whole game George only has one quest for you. He will ask you for a Hot Pepper so that he can treat his bad knees. 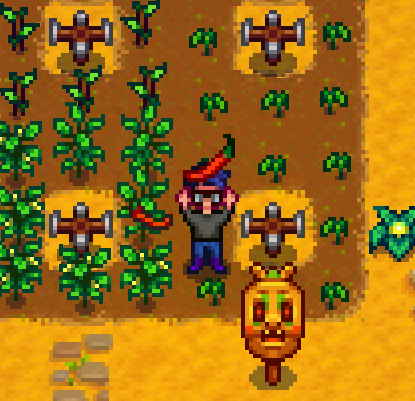 Complete the quest and you will receive 200 gold and a friendship heart. He may also sometimes ask for things on the notice board in front of Pierre’s house. If you deliver that item you will get 3 times the amount of the item as well as 150 friendship points.
George is an old man who has been through a lot. Life left him crippled and took away his only child so it is only natural that you feel sorry for him and try to make his life worth living again by being friends with him.
I
itz_james
View all 478 featured items
Previous Next
You must log in or register to reply here.
Share:
Facebook Twitter Reddit Tumblr WhatsApp Email Link