What Amazon Fire TV Do I Have?

What is Amazon Fire TV?
The “Digital media player” AMAZON FIRE TV is a tiny cable box that is connectable to your HDTV. It is accompanied by a micro console remote, also developed by Amazon. Movies on Netflix and TV episodes, the latter currently clocking at about 250,000 offered, not to mention such other cable TV sensations as Amazon Instant Video, and HBO NOW, plus games, music, and even more can be subscribed to through this device.

What release is it that you have purchased?
The Amazon Fire TV is shipped in either of the two main varieties of choice however. One is the regularly labeled Amazon Fire TV model while the other is the Amazon Fire TV Stick model.
Let us look at how to determine which Amazon Fire TV you have and also determine whether particular manufactured characteristic or vendor setting (or both) will work on your device.
First, we will list the categories on offer to be clear:
Amazon Fire TV
Amazon Fire TV Stick
Fire TV Edition Televisions
The regular “version” (01 above), the industrial label itself: Amazon Fire TV had marked its inception with the advent of the First Generation of the series followed by the Second and the Third. As for Fire TV Stick, it has appeared n a variety of Cable TV solutions ranging from he First Generation TV Stick to the release with the Alexa Voice Remote bundle. There is also the Fire TV Edition Televisions which is a high definition “Smart” television itself but with the Fire TV experience “built in”.
Let us delve into the main 3 releasesof this devices categorically First (below) followed by a dissemination of telltale features of AMAZZON FIRE TV (1st row) -that could bring you useful information spot on.

Now that we have the main categories out of the way, you must sure be able to sift through the chaos to the actual AMAZON FIRE TV devices categorically listed below.Let’s delve into each one of them to separate some crucial identifying features and help you determine which Amazon Fire TV you may very well have!
We have distinguished between the rudimentary technical specifications as well as the functionality characteristics to shed light into eachattribute-complexity,of (all and) every model studied here. 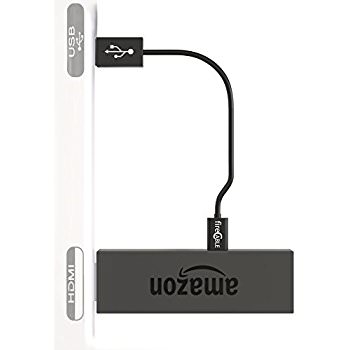 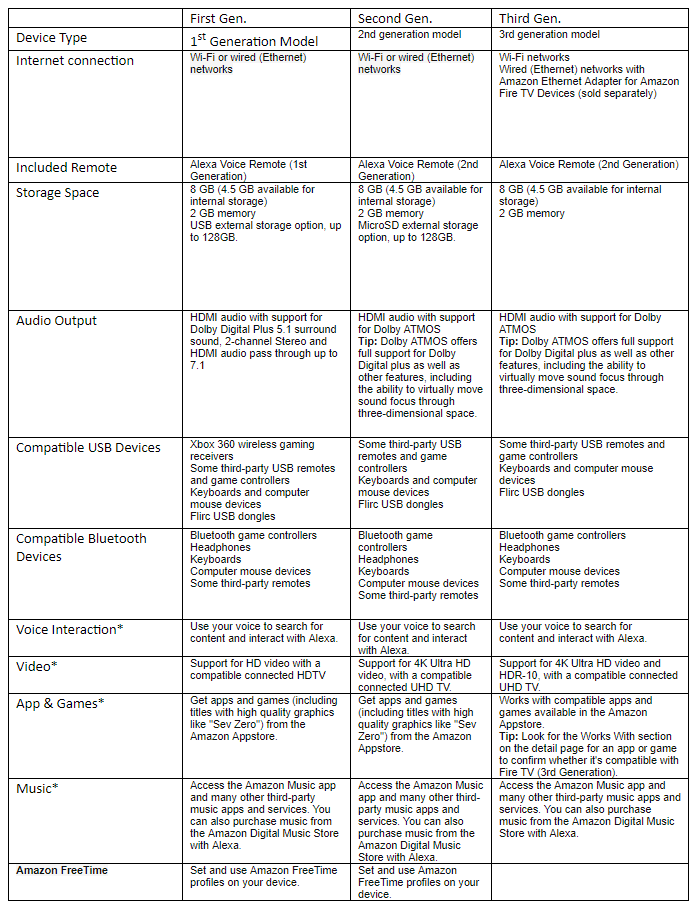