Hello.
I have a Lenovo Ideapad 330-17ICH Laptop, and last year it suddenly shut down while playing a game.
And by shutdown i mean INSTANTLY without power. Even the little LED light for the charger is off.
The way i got it to work again was unplug the charger and USB mouse and hold the power button for 30 seconds. then turn it back on and it turns back on as normal.
Then it went months without an issue and the beginning of this year it happened again.
Then again months without it happening and suddenly the day before yesterday it happened AND yesterday again.
I have checked to see if it was overheating and its at normal temperatures even during games. so its not shutting down due to overheating.
Yesterday when it happened i decided to reinstall windows completely to rule out any driver problems. so far it has not shutdown yet but since there are sometimes months inbetween, its hard to know if this fixed it.
I have also run stress tests for the CPU, GPU, RAM and my harddrives and while then the temperatures ofcourse got super high, it did not shut down. i left it on for about 30 minutes with no problem.
Here is a screenshot of all the temperatures etc during the stress tests. 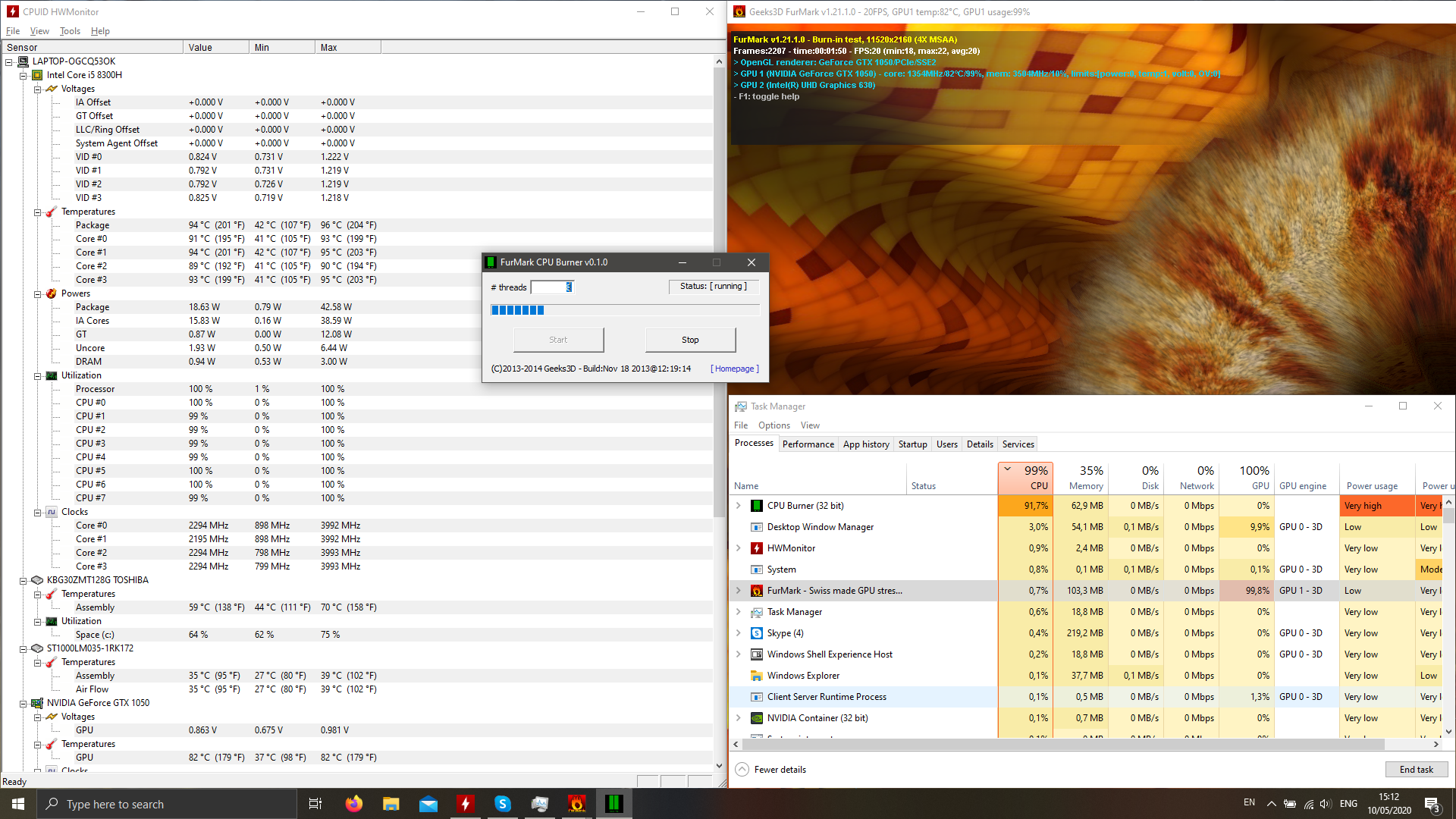 I have checked the event logs too when it happened but because now i reinstalled windows, those are gone.
But the only thing it said anyways was a Kernel error 41, which is just an unexpected shutdown.
There were no other useful logs i could find around that time that it happens except that one.

Yesterday before i reinstalled windows 10 i also took the laptop apart and made sure all cables and connections were properly connected and that the battery was also connected properly. i could not find anything strange so i just cleaned the dust and put it back together.

I really hope someone has an idea of what this could be. Someone told me it my be a power supply deficiency inside the laptop?
I just find it strange that there are months in between it happening and i play on it everyday for a lot of hours.

I DO still have a warranty but i would love to first rule out everything else before i send it in for repair and have them replace the entire motherboard.

1 thing i do want to mention that might be important is that before it happened the first time last year, i ran linux only and never had an issue. then on the first day i went back to windows (because i want to play games) it happened. the first day i went on windows again.
So the first time was last year, then again in the beginning of this year. then the day before yesterday and yesterday.
And the only way, like i said before, is to unplug everything and hold the power button for 30 seconds. then i turn it back on and plug it back into the charger and the charger LED lights up again and everything works. only i need to turn the keyboard backlight back on with Fn + spacebar, but that is because it resets the motherboard if im correct? either way.

If it happens with a new Windows setup and temps look OK, could be an issue with the motherboard or maybe RAM.
0