Combat is a big part of Stardew valley as there are a bunch of monsters that you have to fight both in the mines and the skull cavern. If you have chosen the monster-filled farm then you will have to fight them at night in your farm as well. The combat skill levels up as you defeat more and more enemies and provides some really needed boosts so that you can fight the late game monsters. You can also unlock recipes such as bombs and rings that will help you in defeating monsters that would usually give you trouble.
Walkthrough:
Fighting monsters can be tough work because even the slimes can be deadly if you do not know how to deal with them when they come at you in large numbers. There are 3 ways to kill monsters and all three are very different from each other.

The first is using a melee weapon, which can be a sword, a dagger or a heavy weapon like a mace. The second way is by using a slingshot. That way is called a ranged attack and is useful for getting hits in without exposing yourself to attack from most monsters. The third way is to drop bombs and let them explode next to them but you have to be careful; when using this as it can hurt you as well.
Levelling up the combat is useful because it increases your health by 5 points at every level which may not seem like much but once you hit level 10 you will have increased your health by 50%.

There are also a ton of crafting recipes that unlock at every level. Some of the more useful items that you can craft are the Iridium band which unlocks at level 9 of the combat skill.
This band is amazing because it provides a 10% boost to all damage that you do, it illuminates the area near you and it attracts nearby items so that you do not have to walk over them to collect them. This band is great not only because of all the statuses that it provides but also because it only takes up one slot whereas to get those buffs you would have to equip 3 different rings. 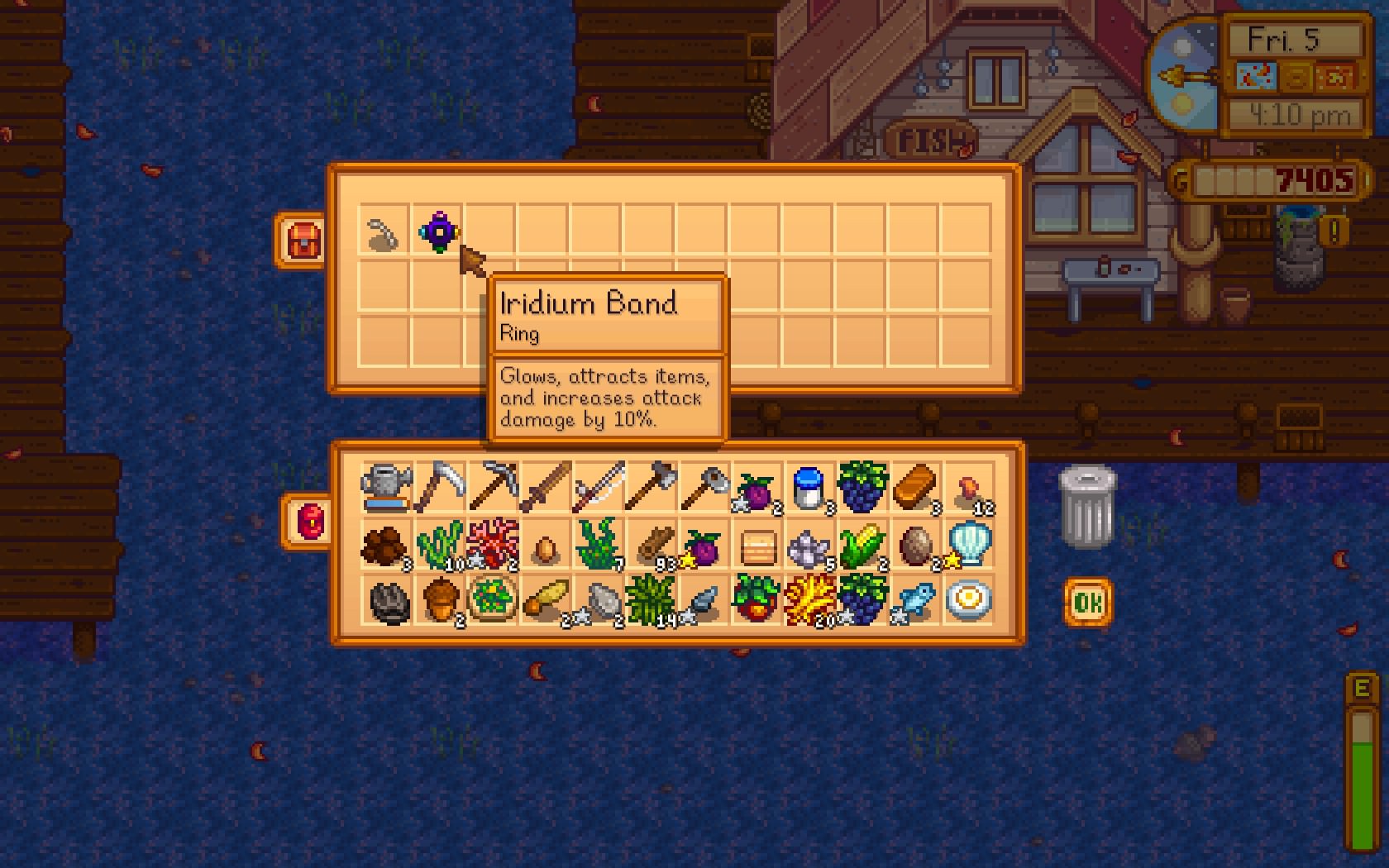 Now that we have discussed the items that you can unlock let us talk a little about the weapons. As mentioned above you have ranged, melee and bombs. The interesting thing about melee weapons is that they all have special moves.
The sword can block incoming damage, the heavy weapons have a ground pound ability and the daggers have a fast strike ability which deals a lot of damage in very quick and numerous strikes. 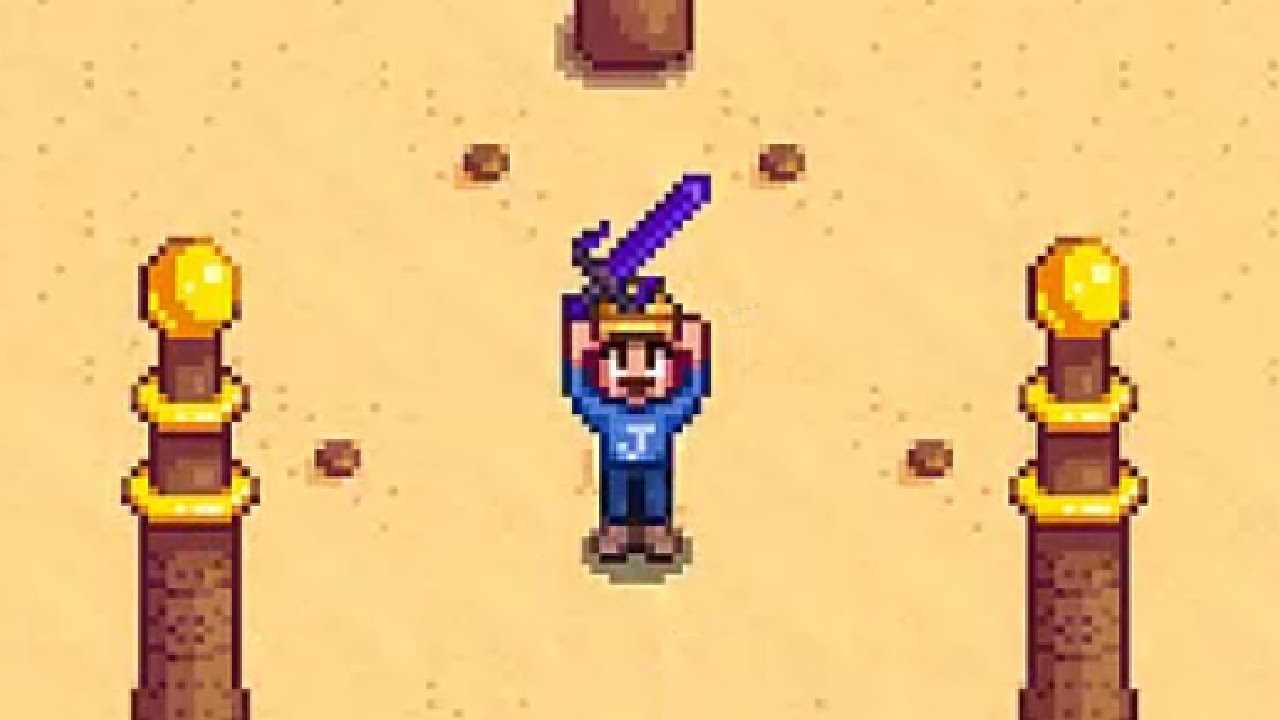 The weapons that you get at the start are fairly weak but you can get new weapons as you unlock new areas of the mines. Unlocking new levels will allow you to purchase better weapons from the Adventurer’s Guild and so you can easily improve your damage output. 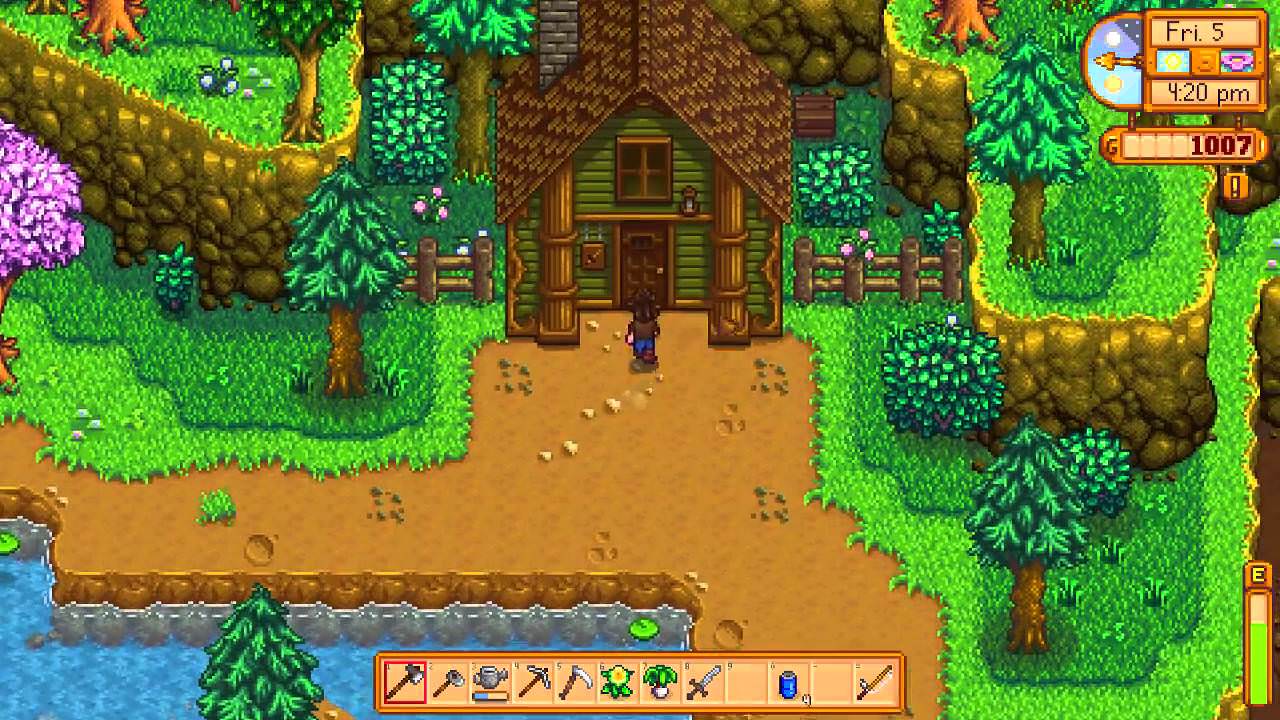