[citation][nom]back_by_demand[/nom]Those applications know that Windows 8 with touch optimization is coming soon, you seriously believe that they don't already have a team of boffins working with Windows 8 already to knock out a new version just for that purpose?[/citation]
i always like that word , 'boffins'
E

Great. Support for gaming controllers when all the Android phones have slow-ass GPU's.
B

This "support them all" philosophy will crush Android eventually. There are critical features and there are makeups. They are not equal. No one can provide everything; those who tried had died or gave only lip services.
C

[citation][nom]shanky887614[/nom]you may say windows is on arm but!!!linux is free or at least most is to the publicmicrosoft will never do one for free[/citation]
Android is not free yet it is doing fine, Windows is not free and it is doing fine, Linux is free and it's not taking over much right now, seems free is not all that important to an OS, support is and free OSes don't have that.
M

[citation][nom]Zingam[/nom]And this is a good thing that we have an unchallenged monopoly for decades?And Windows 8 isn't running on ARM yet. It's not running anywhere yet. It's still at least a year away. And also it is a big fat OS. And even if they optimize it for ARM and runs fine on tablets. Your dream applications like Photoshop, the full Office Suite, etc. won't be optimized for touch interfaces and they won't run properly on tablets at all.[/citation]

Oh my so many corrections needs to be made that I don't even know where to begin. Who said anything about windows 8 being exactly the same as the previous. First of, Windows 8 on ARM will be totally different than Windows 8 on x86. This means Windows 8 on ARM is a "clean slate".

Microsoft even stated that Windows 8 on arm will not run x86 apps. That's right no PC games, no office apps. If you want those office programs it would need to be "ported over" just like console games gets ported over to PC. this also breaks the legacy code with it no viruses no old software from 2k nope it is all gone. It is like "another mobile OS" heck it might not even have the windows registry for all I know. I don't need to wait for windows 8 to know that ARM version of windows is coming.

So please understand some of this stuff before criticizing "unreleased products" Windows 8 developer's preview doesn't count either.

Something tells me that this could flop. What games would we be playing not BF3 of course lol.
W

Most of these can either plug their printer into a USB slot on their router or simply into a PC. People who have printers this old have PC's they are connected to. Simply turn the PC on and wirelessly print from your phone over home network.

[citation][nom]back_by_demand[/nom]You seriously believe that they don't already have a team of boffins working with Windows 8 already to knock out a new version just for that purpose?[/citation]

Like this article demonstrates, touch screen is not always the best tool to use for certain applications. In the case of the article, games, in the case of software, Photoshop etc. will not work at all well on a touch screen interface. There are so many different commands, so much detail to fit on screen, so many types of input required that it will simply never be as efficient as working on a PC. Graphic designers need a large screen, and a keyboard & mouse and importantly they need performance. I'm not sure even the GPU in the iPhone 4S would be good enough, and that's the fastest you can get right now.

Office, on the other hand, pretty much already works on mobile devices with the likes of Google Docs & various other similar services.

In other words, there are some things for which a PC with keyboard/mouse is always going to be better than touch screen, graphic design is one of them, gaming is another, but for the majority of tasks touch screen is fine, and for most of those you can already do them on pretty much any smartphone.

[citation][nom]Zingam[/nom]I'd like to see Android turning into a complete OS that is able to kick Microsoft completely out of the mobile space (at least). ARM + Android FTW!!! It's about time that the decades lasting Wintel monopoly ends![/citation]

Why would that benefit anyone? Replace one monopoly with another? Competition is good, your argument defeats itself.

[citation][nom]cyberkuberiah[/nom]i always like that word , 'boffins'[/citation]
Reminds me of TV adverts from the early 80's for the Tefal scientists, wearing white lab coats and massive 8" high foreheads like the Meekon. 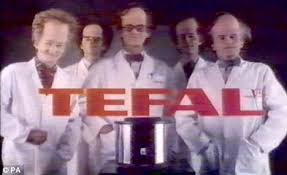 An Android phone becomes more and more like a portable machine.
M