This is one of the dangerous levels of Donkey Kong as you will be controlling an unstable rocket and on top of that, the light will go off in the middle of the level but if you keep it steady, you will be just fine. To get all of the KONG letters on your way, follow the guide below:
Kong Letter #1:
It is pretty easy to get the first KONG letter in this level. As the level starts, you will ride the rocket. Blast off the rocket by hitting the B button. You can also tilt the rocket up and down by pressing the B button. And if you don’t press the B button at all, Donkey Kong will crash into the ground; you don’t want that. Also, if you pressed B too much, Donkey Kong will hit the ceiling, you don’t want that either. So what you need to do is to balance the rocket with careful timing. Keep going to the right side with the rocket and you will come across the swinging cheese, dodge it and you will see the first Kong letter behind it tilt down by pressing B in a timely manner to grab the first KONG letter while it appears in the sliced portion of the cheese. 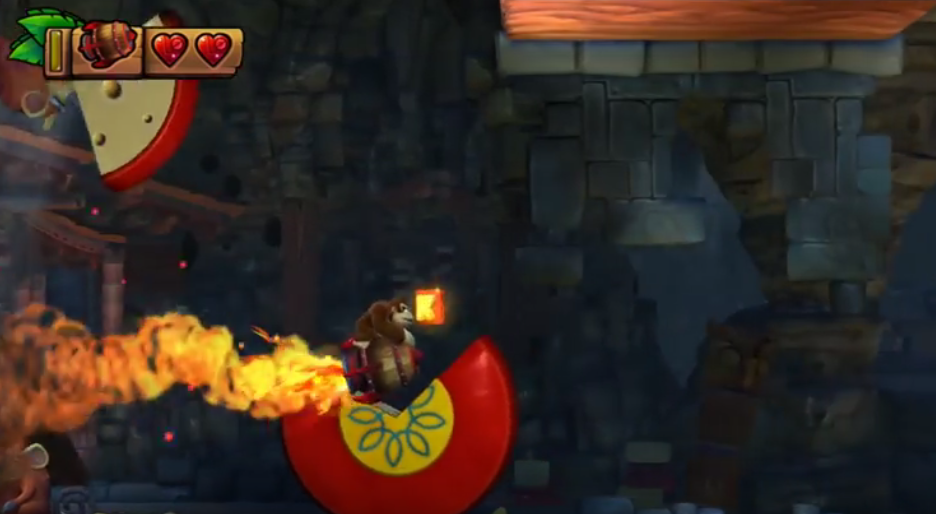 Kong Letter #2:
After you have collected the first KONG letter, keep going forward while dodging that cheese and soon you will spot a rat that will be swinging on a piece of cheese just like before. He will toss a slice at you so make sure to avoid it and the go up to get the second letter of KONG that is the “O”. 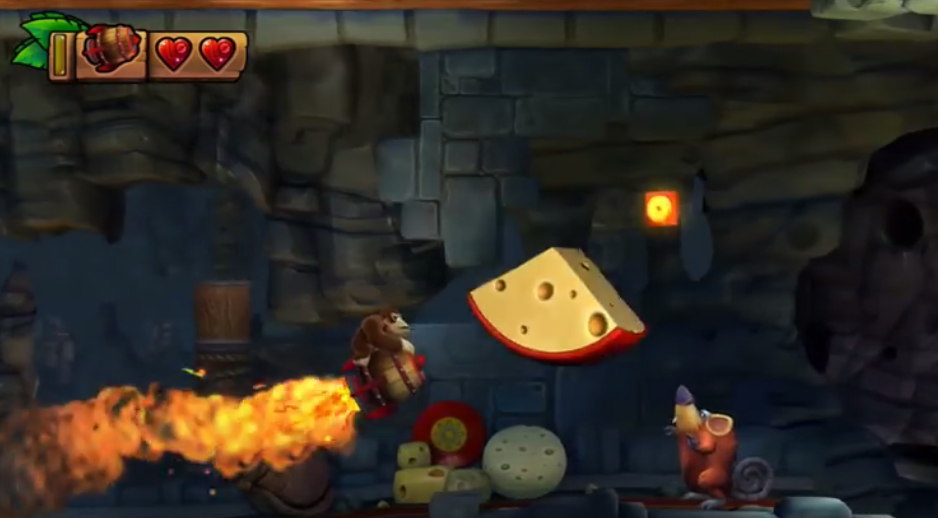 Kong Letter #3:
After nabbing the second KONG letter, keep moving to the right side and you will pass the first checkpoint. After the checkpoint you will be tested with your navigation skills. This is because soon you will see swinging lights and you will have to move and act very fast to collect items and avoid obstacles. Now keep an eye for the third letter as one of the swinging lights will reveal the third KONG letter that will be on the other side of the mound of rock. The light will disappear but the letter will still be there so you will have to collect the letter in the dark. 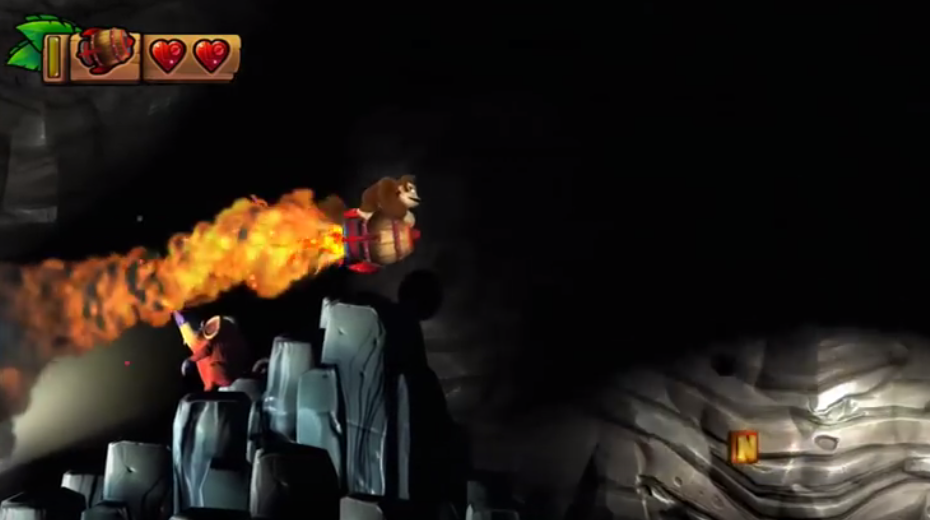 Kong Letter #4:
After you have successfully collected the third KONG letter, you will soon pass the second checkpoint. Now get ready for the large wheel of cheese. Just like the huge saw blade in the level 2-4, this will change its course. But this time, the wheel will be in front of you. Dodge the blocks of cheese that are falling and be ready as the wheel will slow down and you will have to fly through the large gap in the wheel to stay alive. Try to stay in the cut inside that wheel because the last KONG letter will be there and only by staying inside that cut, you will be able to nab it. 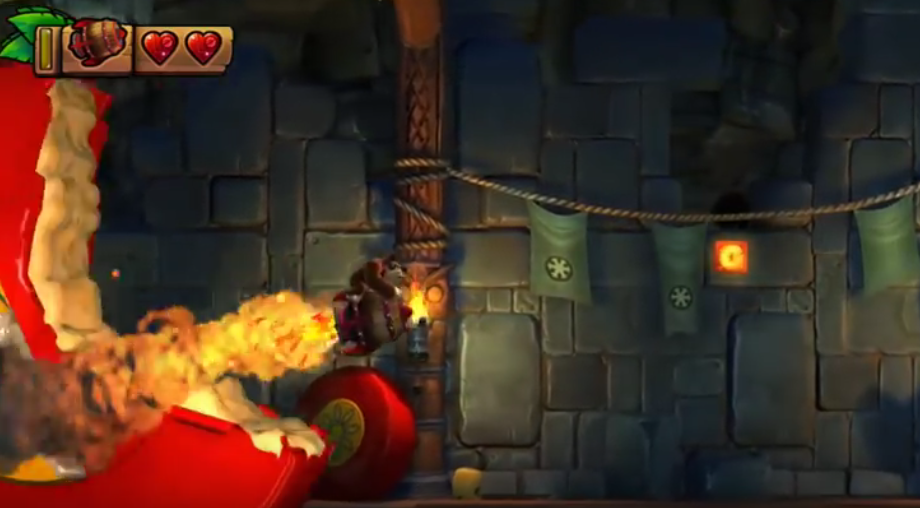 This is all there is to getting all the four KONG letters. Just keep following the instructions mentioned above and you will be able to nab all of them. 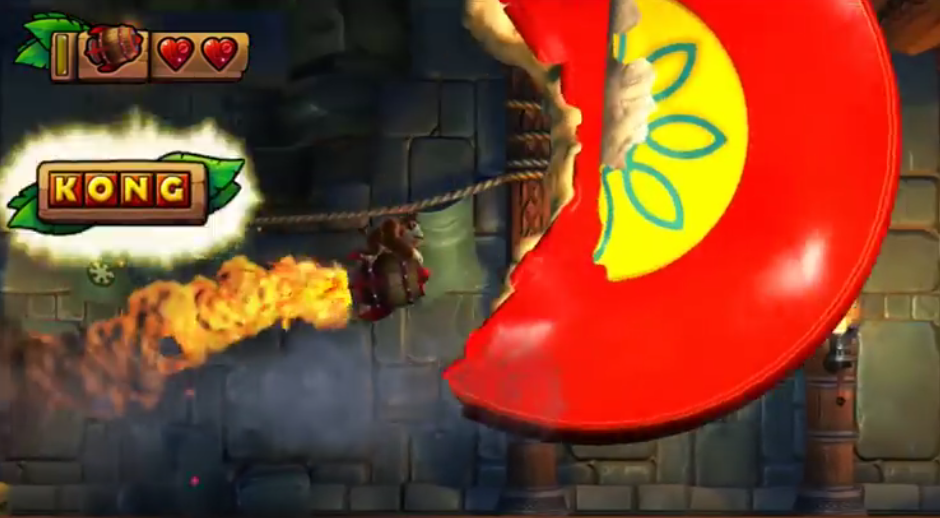