everything takes forever to load despite antivirus scan

native german so i try my best

i dont even know if it is about a virus

everything on the pc takes forever to load

no matter what it is - a simple picture or a very short video file - the window of a file takes at least 1 minute to open and up to 2 minutes, if not longer, to close

when a window closes, it turns to this milky view and says something like "doesnt respond" and then much later finally closes/dissapers

2. already ran bitdefender, ran 1 hour and a half, found 41, and then turned to another screen, what i want to do with the 9 files that were shoved into quarantine, i clicked "delete", but what about the other files ? no mention what ever happend to the other files

3. already "turned off" windows search at start up

havent installed or uninstalled any new software for months, slow-ness started today, so to speak over night

thanks for any help is appreciated
0

yesterday, about 1 or 2 hours after your post, even tabs were taking forever to load, even text files on the pc

what i did so far 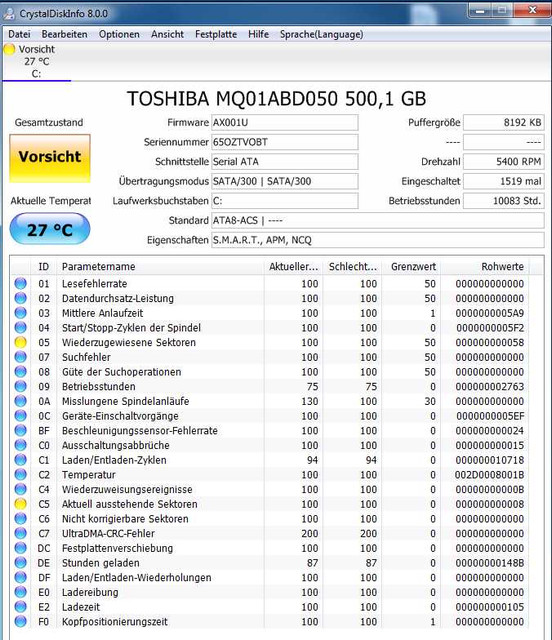 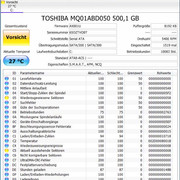 Problem: graphic card error
WD-20180904-1542-01.dmp
sysdata.xml
WERInternal
Warning: If this problem is caused by a virus or another security risk, the computer can be damaged if you open a copy of those files.

i think the pc is done, i just dont know how that happend, over night

tried uninstall reinstall graphic card driver in safe mode, flash player, java, nothing works, the pc launches every file, but for every 1 second of a video it takes around 5 seconds to buffer
0

One or both of the tools may provide some information as to what is causing the slowness.

And remember to boot into Safe Mode - determine if that makes any difference.
0
M

i already intended to post, that i did exactly that myself, but didnt make it in time to tell, before someone here did it

independant from that case, updated windows, what i never did since the first intall, almost 2 GB updates and 7 hours later, i am finished, couldnt get to install KB4471318 and KB4054518 , though, both say "installation failed" right next to the entry

when looking it up on google, it says, its a part of KB3177467, after downloading and trying to install KB3177467, it says its already installed, when downloading each KB4471318 and KB4054518 as a standalone seperate, and trying to install them, they say they are already installed, looking at windows update list, it still has the status "installation failed"

i ran reimage repair, which also found errors in the registry, but, because at the end it didnt give me the option to choose what i want the software to repair, it was either everything or nothing, i closed the software, i dont let anything touch the registry

now i am thinking what to do at all and in what order ? eset scan ? malwarebytes anti malware ? adwcleaner ?
0

Are there any reasons that you are not upgrading to Windows 10?

Not promoting or pushing Windows 10 as a solution.

However, Windows 7 is obsolete (my personal view) and sooner or later it will no longer be viable for many users.

And all too likely that 2 GB's worth of updates is going to "break" something one way or another.

There is always some point of "diminishing returns" - your system may be at that point.

No matter what you do, something else will become a problem....

Will concede that my response is not an answer or fix - the intent is to suggest that you begin looking forward and plan accordingly.

windows 10 for me means, a new pc, and theres "Lots of useful software" out there, that was made over 10 years ago and just, a few years ago, got updated to be compatible with 7 and 8, let alone 10, so in my opinion one would still be better off with 7

since the something 150 Windows Updates of around 2 GB yesterday,

- i can browse the pc ( windows explorer, menus, etc ) at normal speed
- the web browser opens at normal speed
- i can open 10 tabs at the same time, no problem
- i can watch streaming videos in the browswer, no problem, which took forever before the updates
- i can open text files on the pc now, which took forever before the updates, yet images cant be opened under 30 seconds

ran "Eset scan" yesterday, alledgely found a lot of things, deleted those things, but no change in terms of the pc ( opening an image or video on the pc )

i am still trying to manage whats going on with COM Surrogate, as it shows up in red color, in the recource monitor, when i open a file ( for example an image that takes 30 seconds to load ) there are lots of posts on the internet, that go back as far as 2014 or so, and no one found a solution to solve it
You must log in or register to reply here.
Share:
Facebook Twitter Reddit Tumblr WhatsApp Email Link