Previous Next Sort by votes
S

I have a UMX U683CL. My mom has had some of the worst luck with phones via Assurance Wireless; this was her third or fourth one in about three years, and they've all misbehaved terribly. They didn't even want this one back, and I found it again recently and thought I'd repurpose it as a much newer phone for me (my phone is a six-year-old Alcatel potato that's served me well running apps, but it's small and slow and old). I started down the road of rooting and got super overwhelmed and confused, and ultimately gave up and just used Tiny ADB to uninstall all the bloatware on it that I didn't need. It seemed like it would be fine, so I went ahead and got set up with Tello and had them send me a new SIM card. It got here, I put it in the phone... and nothing. I ended up doing a factory reset to see if that helped, since it could just reinstall all my apps and things from the cloud easily, and still nothing. All of Tello's advice involves updating the system in various ways, and that's where the problem is.

This phone never succeeded at updating once, in the time my mom was using it. It would periodically try and fail, and was mostly an annoyance whenever it did. But if I do Settings > System > About phone > System update (Update OEM software), none of the options there succeed at anything. I do update profile, it kicks me out to the system updates list. I do update PRL, and the mU Software Update overlay just sits on "Checking for PRL update" infinitely. If I go to system update, I get this, and if I hit "checking for updates", it checks and then says no updates are available. 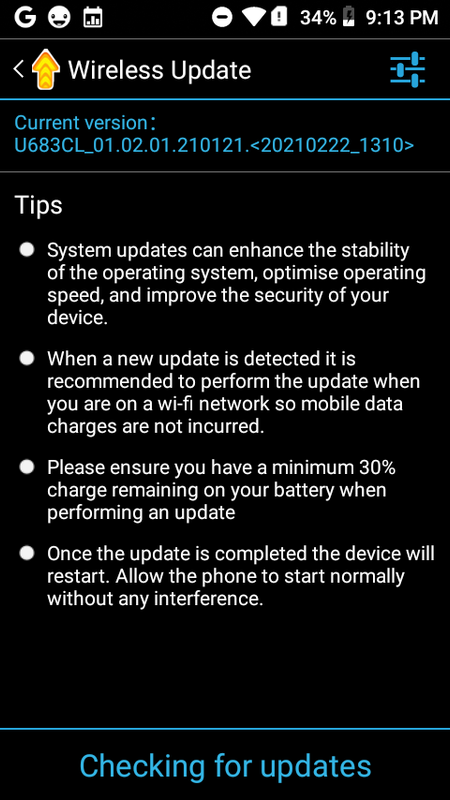 If I hit the last option under the system updates menu, UICC Unlock (important for this instance), I get this: 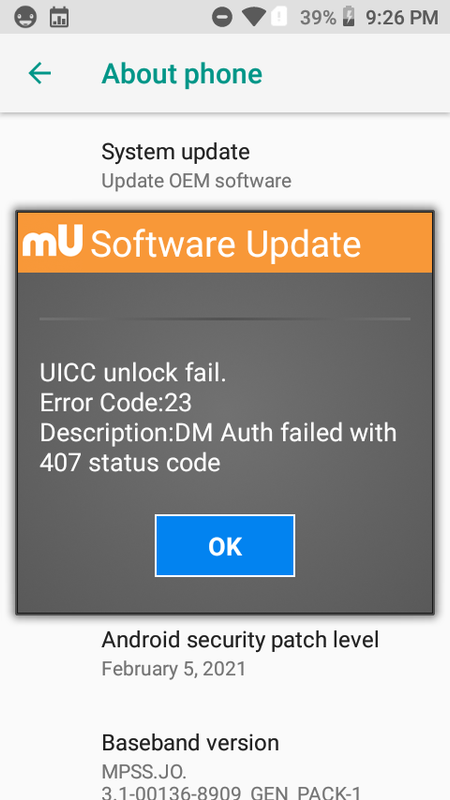 Assurance Wireless isn't going to be able to help me with this. I don't even want to bother with calling them, because I'll end up with someone in a call center in Dubai or wherever, and they're not going to be able to do anything with the fact that it's not a current, active Lifeline phone. So. Is there a way to deal with this? Would rooting get me around these issues and let it work as a phone NOT on the Sprint network?
0

you will have to contact sprint/tmobile to get an unlock code for the phone to work with your new SIM card/different carrier.

all other options would be "hacking" the device and this is against the forum rules.
0