I just ordered a used HP ZBook Mobile Workstation G3 15 laptop missing the hard drive and memory. I know that GPUs aren't generally upgradable in laptops but I suspect this is one of the exceptions. The GPU in this laptop can be removed (Nvidia Quadro M1000M) and replaced with a duplicate. I have read as much as I could find about this particular upgrade (one video shows a person upgrading an older Zbook to the Nvidia Quadro M4000M) but not this exact model. The pin layouts appear the same on both the M1000M and the M4000M (as an example) but the boards are not the same length - the longer length of the M4000M would interfere with the heatsync/fan unit. Searching around it appears that most GPUs of this type are longer than the M1000M.

Since I will already be installing a couple of SSDs and RAM I'm also trying to evaluate upgrading the GPU.

Nvidia Quadro M1000M (the screw holes are at the corners)

The NVIDIA Quadro M4000M (the board extends beyond the screw holes)

Inside of the HP Zbook Mobile Workstation G3 15 showing the GPU under the heatsync. 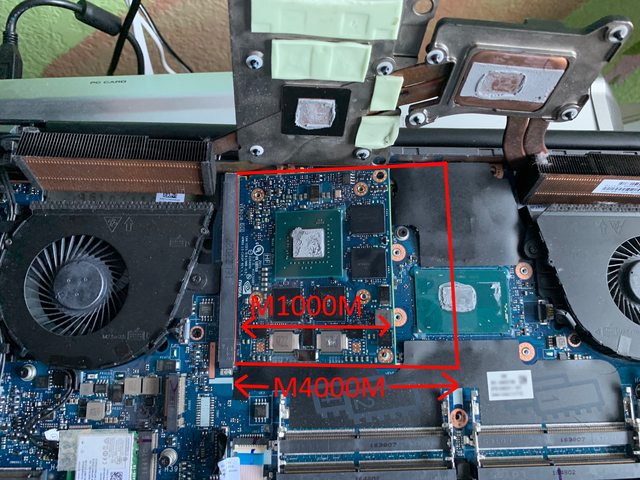 I found this HP Z Workstations graphics card options reference guide which shows the compatible graphics cards with my (and other HP) laptop.

Looks like it's just not work the effort to upgrade. 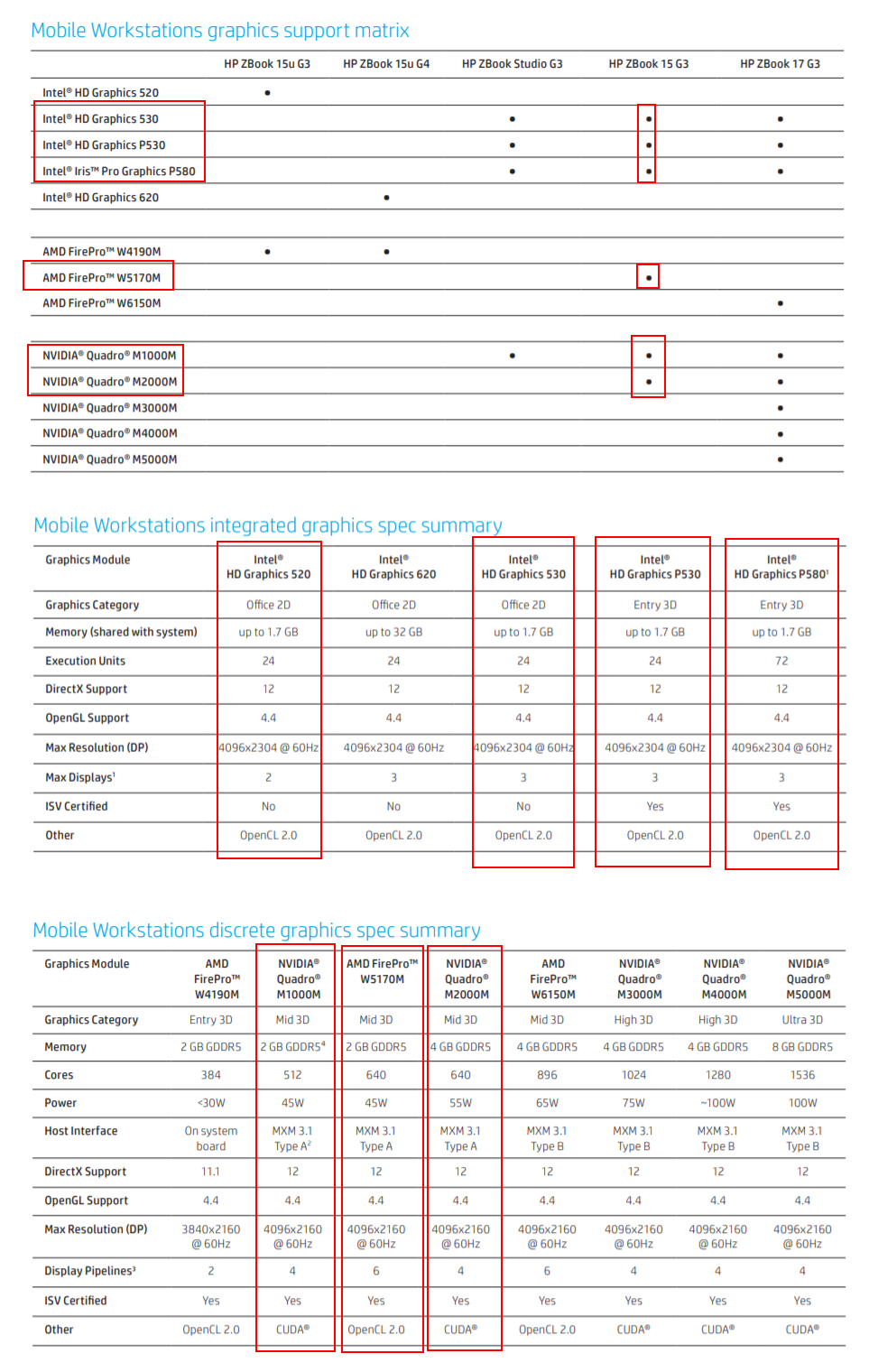