a relative ask me if I could help with the following: They spilled tea on the mouse area of an Acer Aspire E15 e571g-575y. We took the battery out and left it to dry for three whole days before trying to power it on again. I also immediately checked wether there was any visible demage, but Acer being Acer this thing is a pain to open (so I only caught a glimpse of the affected are). Now from looking at this video it doesn't look like the affected area (see below) should explain this . 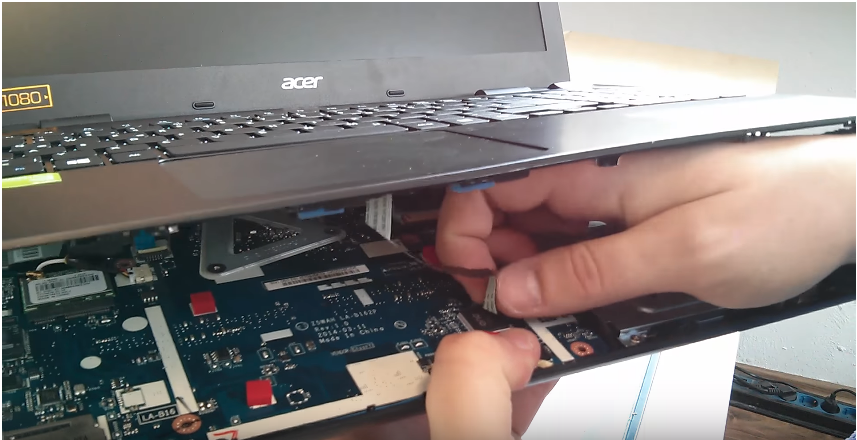 From below (roughly where the lower RAM brick is) 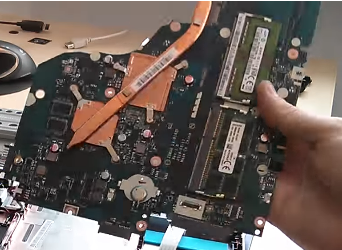 I also checked all the temperature sensors as well as the system load and set the power plan to battery saving and the cooling guideline to passive. None of the above resulted in the fan even thinking about stopping, which seems to make sense, especially since the fan spins up right at the start of the machine.

Now I am aware that a water damage is a water damage, that just the fact that I am not seeing anything does not mean that nothing has happened and that there is probably not much we can do about it, but I thought I at least ask and collect some ideas.
0

Well since it wasn't a clear liquid, and if it was also sweetened, it could have residue in there that would be an issue. I would check for that first. Should that not resolve the problem, it is completely possible that the two problems, while occurring at around the same time, aren't related. Fans doe just 'go' sometimes. If it constantly runs, I would replace it.
You must log in or register to reply here.
Share:
Facebook Twitter Reddit Tumblr WhatsApp Email Link