Previous Next Sort by votes
A

I've had my ASUS G552VW laptop for 2 years and a couple of months now. It was working perfectly fine, running games and whatnot perfectly fine for the majority of the period (GTA V, DotA 2, Battlefield, World of Warships etc.).

A couple of days ago, my GPU started dropping in performance for no apparent reason. I haven't done any windows updates, I had a pending graphics driver which I didn't install until I already noticed the performance drop. I haven't done anything special other than my daily routines. Additionally, Windows 10 task manager shows that the GTX 960M usage is at 100%, yet I do not get the CPU temperatures (nor do the fans work as hard as they used to) as I did (they now stay at slightly above idle temperatures, while previously they used to rise up by 30 degrees Celsius when on full load). After a couple of days of trying everything I thought the problem might be some faulty driver that auto updated, so I reinstalled Windows completely, to no avail, the problem still persists.

The problem is that even DotA 2 is running at 30 FPS. The weird thing is that if I tab out to desktop and tab back in, for the first couple of seconds the FPS and performance seems fine and then it drops back to 30 FPS. Tried other games as well, same results. The same games I've been playing until a couple of days ago are now suddenly lacking FPS (haven't changed any game video settings at all).

Additionally I've noticed that on Intel's driver support assistant it detects the GTX 960M gpu, the status says that it's working properly but under "Availability" I get "offline". I have no idea if that's normal or not, but figured it may be a helpful additional info

As additional info, I have no indications of the GPU dying on me, no artifacts or screen flickers, everything else is working as it was other than the FPS count.


This is my Task Manager GPU status while running World of Warships (which used to run perfectly fine): 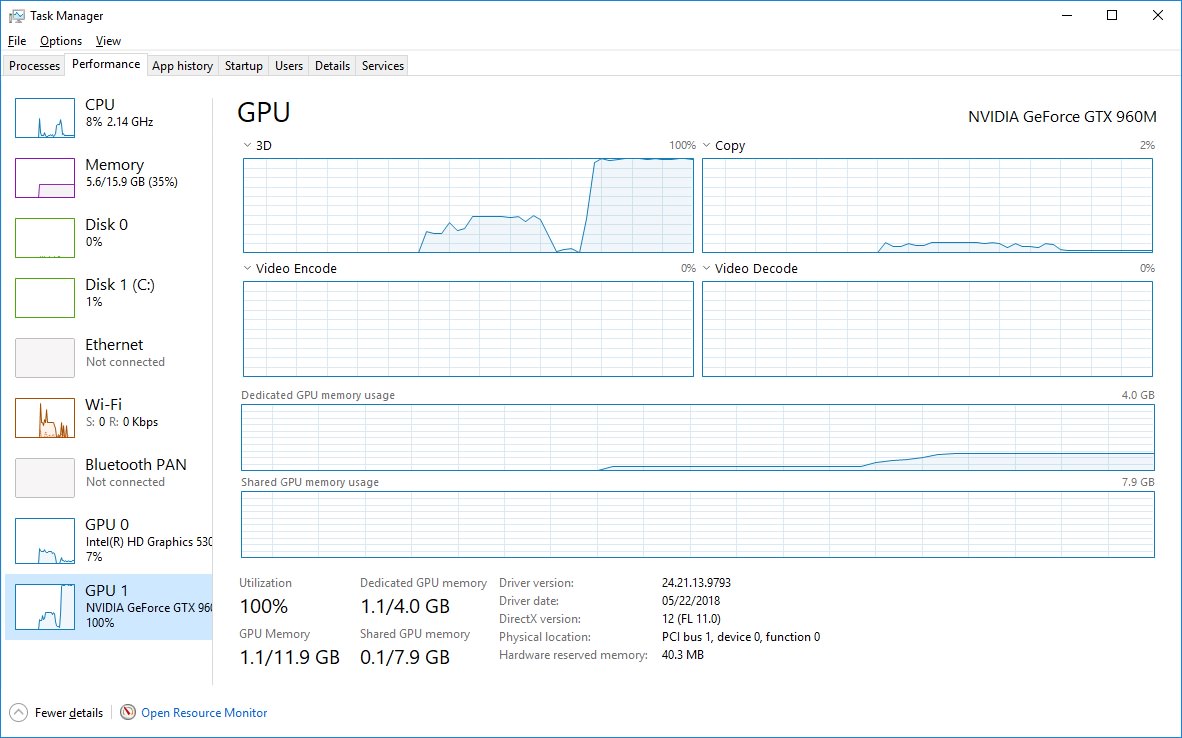 Thank you in advance

Dude I have the same problem. Did you find the solution??
0
A