(Making a new thread about this because I put last one as answer only instead of discussion)
Okay this might sound a bit stupid to a lot of people if not all, but is there a program that monitors all other programs that open/close and records them? Because I am currently suffering from a pop-up problem from a program or command prompt that pops up for a split second and disappears, and it minimizes my games because of it. So that's basically all I'm asking for if it does exist! Thank you to anyone who can either help me with the program or my problem in general!

I've already ran a virus scan to see if it was a virus, and nothing was found there, so I'm assuming it's a certain program that I have installed but I can't figure out which one.

Lasso does this.
https 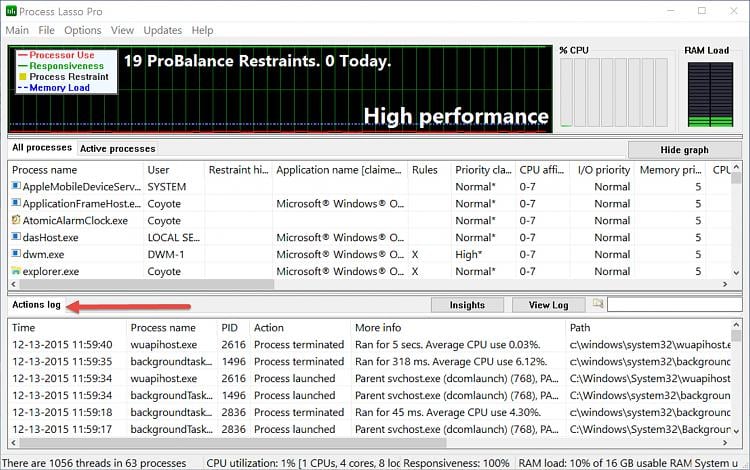 elbert :
Lasso does this.
https

You're a life saver! I'll definitely give this a try and see if I can't find the problem this way! Thank you very much!

You are most welcome.
S

elbert :
You are most welcome.

Check for viruses and maleware that could be hidings from detection. Do a boot time scan to detect root kits and viruses that can hide once windows is running. When you installed lasso on second page there was an option to manage processes only of active user or manage all processes including system. If you dont rememer the opion check (options/general settings/reconfigure how pl starts) or run installhelper.exe in PL main folder.
S

What option should I be using, Manage processes only of active user or manage all processes including system?