I have a problem with my laptop's gpu. My Nvidia 740M doesn't appear on the Device Manager. It just shows the integrated gpu Intel HD Graphics 4000. I've also checked on the BIOS setup but I couldn't neather found it there. I downgraded from Win10 to Win7 trying to test if it was a driver problem but it neither works on Win7. When I try to install the Nvidia drivers it says this: 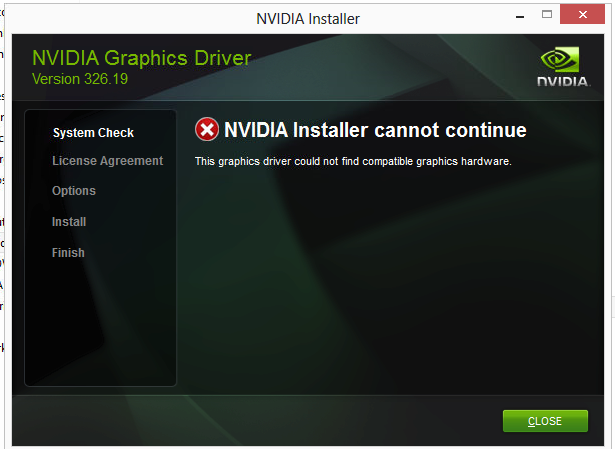 I've tried many many things, I don't know what else I could do or even if the nvidia stills alive.

Thank you very much for your help.
0

You've pretty much done all the possible troubleshooting steps that should have resolved the issue but it's starting to look like a hardware problem. Please do try doing a clean install of the GPU driver and see if that will help or not.