No backlight even after inverter swapped and LCD tested externally

I've got a laptop which i brought cheap off someone as the screen isn't lighting up.. I thought mediately that the issue would be the inverter, so i brought a new inverter and swapped it out, but still the screen doesn't light up. So i looked at one of my other laptops and found that it had the same screen, tested on broken laptop and still no light, tested broken laptop screen on working laptop and worked perfectly.

I've checked the display output FN key as well as display brightness and the system totally boots up on screen but with no back light, external monitor works perfect.

Any idea's on what to test next? and it does this straight from boot.

Regards and thanks
Liam

My #1 suspect would be a bad data cable from the laptop graphics card into the LCD screen. 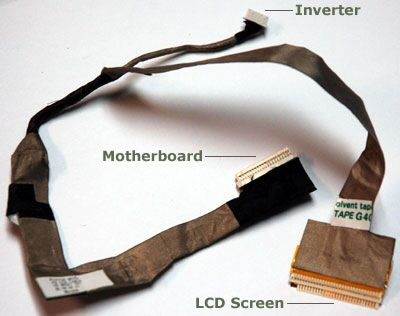 But there is power to the inverter and I'm guessing inverter is outputting power as it's been replaced.. wouldn't the screen light up even if ribbon was damaged as the inverter is separate?

The ribbon cable carries power from the FL inverter into the LCD.
If it's been damaged the LCD might not be getting any power.
S

WR2 :
The ribbon cable carries power from the FL inverter into the LCD.
If it's been damaged the LCD might not be getting any power.

Thanks, I'll check the cable connection into the mobo for a starter.

The screen does show the image, just no backlight at all.. very weird.. Brought it for £50 so even if i cant get it up and working as an upgrade for my dad, i can still sell screen and the rest for a profit..

You said you swapped the inverter, but what about the backlight itself?
S

Do you have power savings mode turned on with the screen brightness turned way down?
S

vigilante212 :
Do you have power savings mode turned on with the screen brightness turned way down?

It does it from POST and in BIOS so not a windows settings issue unfortunately :-(

It is a very perfectly source of laptop repair CCFL, LED strip
T

Got a similar problem. No display on Toshiba P500-1DZ so changed changed screen for a new one, new inverter and new screen ribbon cable. Still no display as such. Back light is on but on initial screen the word "windows" is broken up and kind of smeared to the right. The screen then goes black. I have hooked it up to an external screen and that works fine. I have downloaded all relivent drivers from Toshiba. Any ideas guys????
S