Hi everyone,
I'm trying to give new life to my dear old Packard Bell Easynote MV45-006, mostly in order to play some of my old games and recover some old memories.
This PC has served me pretty well for 7 years, but I finally decided to look for a new one when my original charger broke.
However, as it's REALLY old and as I'm utterly ignorant about hardware, I'm having troubles finding infos and support, mostly about my main issue, which is of course buying a replacement charger. I can't find original ones and googling for a charger for this specific Easynote keeps giving results of replacement chargers for other PCs, where the specific MV45-006 number never appears. I've also lost my original charger too, therefore I can't double check its specs, but I've seen the back of the PC states "Input: 19V 3.42A" and the charger port is sort of roundish, and I think the plug had a yellow-ish lining (was this a universal format? ). So I guess the real question here is if any of these replacement chargers with matching A and V are actually OK for my laptop or if - I dunno - maybe it is so old that they're not meant for it. Here's a couple of links as an example plus pictures of port & specs: 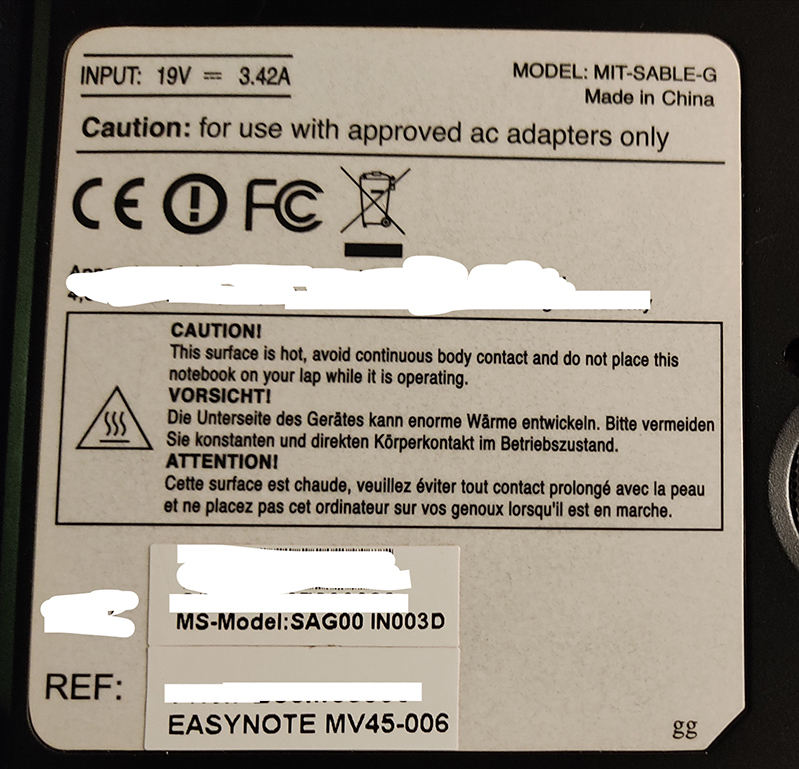 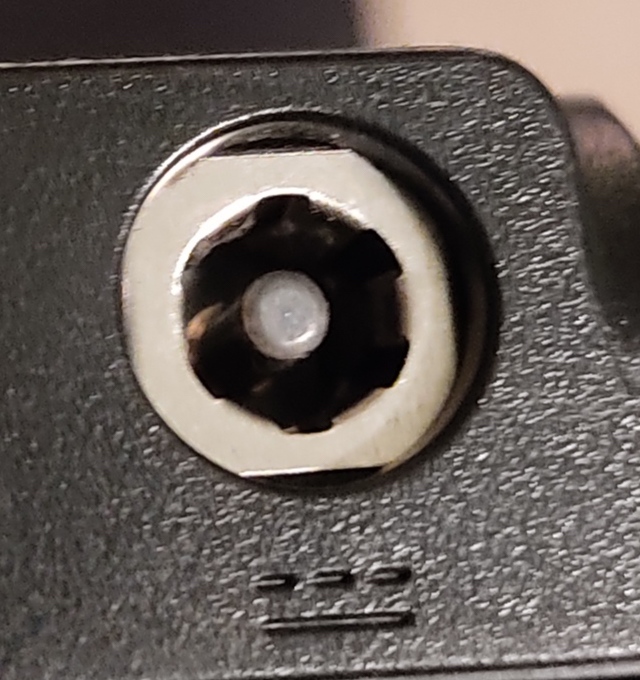 As a side note, any general tip or comment about restoring the laptop is welcome! I've actually checked a couple of guides and it doesn't seem too hard. I don't intend to upgrade the OS (everything I'm interested in was already running on the original Win XP) nor the hardware (except for the broken charger). My only concern will be cleaning it physically (I'm a bit worried about dust in the fans) and emptying some old files. But I'm assuming that, after these operations, everything should work with almost the same, fatigued but sufficient performances it had when I stopped using it. Is it a realistic assumption?

Thanks in advance to anyone who'll reply!
Reactions: Hydra119
0
A

I suppose you could buy a "universal" charger that comes with a lot of various adapters and probably make it work. However, XP has been unsupported for many years and is full of security holes, so I would never do anything that reveals personal info using that machine (such as banking or using credit cards). If the machine no longer works and you decide to get a new one, it's fairly easy to remove the hard drive and recover the files from it. Check back here first if you plan to open up the machine.
Reactions: Ruggero_A and Hydra119
0
H

AlHuneke said:
I suppose you could buy a "universal" charger that comes with a lot of various adapters and probably make it work.
Click to expand...

Thank you AlHuneke, so you mean that if I just take one of those chargers with matching Voltage and Amperage and it doesn't work, I should probably be able to fix it with an universal adapter right? Got any suggestion about the Wattage? For some reason I can't find a suggested value for my laptop, but maybe I've read that 65 is advised for these old machines?
Also, thanks for the suggestion about XP - I wouldn't even surf the internet on that laptop and surely not keep any valuable data or info in there. I would use it mostly for some off-line retro-gaming.

A car adapter wouldn't fit my needs at the moment, but it could be an alternative solution if I'm out of other options, so thanks a lot!!
Reactions: Hydra119
0
A

You need something with at least the 3.4A output. Bigger than that is OK but smaller is not. Or it terms of wattage, 19*3.24=61.56Watts. So anything with this rating or higher should be fine (such as 65). The universal chargers come with several different connectors. You should be able to mate with your laptop but no guarantees on the connector. I'm glad you are avoiding the internet with that very old version of windows. Hope your machine works.

Here's a charger that should work if one of the connectors fits:
https://www.amazon.com/FIT-POWER-Adapter-Charger-Monitors-Westinghouse/dp/B078Y9S1MX
You might read the reviews and see if anyone has used it with your laptop.
Reactions: Ruggero_A
0

Thank you a lot AlHuneke!
I'm probably choosing a different one - the one you linked has crazy shipping costs to my country - but you've really helped, I think I'll be able to find the right one now. I'll post an update here if the issue is solved
You must log in or register to reply here.
Share:
Facebook Twitter Reddit Tumblr WhatsApp Email Link