Question Laptop GPU Not working after i accidentally touched capacitor

So I have predator Helios 300 laptop with i5 8th gen processor and NVidia 1060 graphic card . So yesterday I was doing thermal pasting (already done few times in past ) .So i accidentally touched these two capacitor with screw driver and their was spark and after that when I closed the laptop their was no GPU .
[url=https 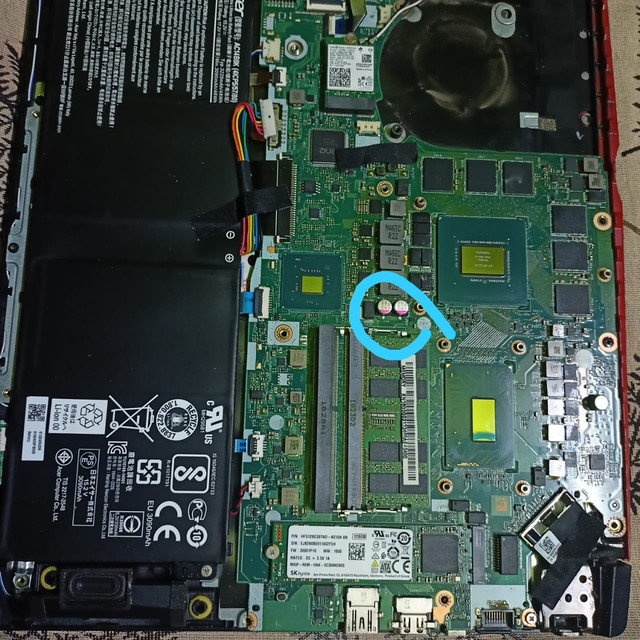 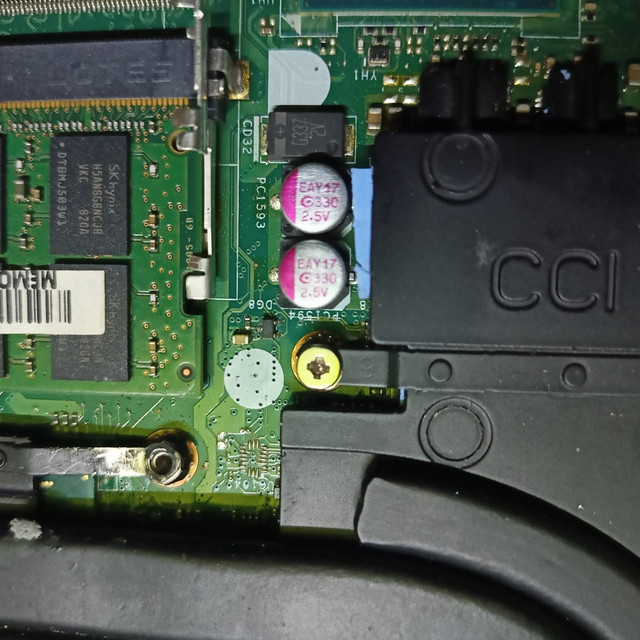 [/URL]
So i dont understand the problem whether GPU is dead or some circuit issue ?
0

Yes and Yes, GPU may dead and it's an issue with the circuit, you fried something when you arced the two capacitors. From the image you have the battery unplugged, hopefully you had it all unplugged when you were working on it earlier.

That's a pretty new system there should not be a need to change the thermal paste more than once if you wanted to use something better than stock, it lasts for a while. You do need to clean that fan though, looks very dusty although at this point that is a moot issue with the video card dead. You can try resetting the motherboard, unplug the battery and CMOS battery, hold in the power button for about 30 seconds, plug things in and see if it picks up the video card. Replacing those two capacitors may fix things, really depends how far the damage went.
0
A

Those components appear to be 330F supercaps. Why there are two, I don't know. I'm assuming the case is connected to one of the leads and they are hooked in series (which would cause an arc if the cases are shorted). Just to confirm, was the arc fairly intense or was it a small arc like you would get from static discharge like touching a door knob after rubbing your feet on a carpet? If it was a static discharge, there's a good chance you destroyed some ICs. If it was a discharge arc from shorting a cap, there's a good chance no ICs are blown but it is likely one of the caps is now damaged (shorted). Removing surface mount caps is a little trickey. If you have an ohmmeter, you may be able to identify the two leads of the caps and measure the resistance. If it is very low, that may indicate a short. What the caps were used for, I have no idea. Typically, they are used instead of a battery to hold settings and run a clock (as in the BIOS).
You must log in or register to reply here.
Share:
Facebook Twitter Reddit Tumblr WhatsApp Email Link