The speed and sharpness of a prime V.S. the versatility of a zoom lens. This is, no doubt, one of the more contested topics among photographers of all disciplines. Though there is a valid argument for each, it is often hard for the beginning or even experienced photographer to decide which makes the most sense or delivers the best results. Focusing on sports photography, here is a cost-benefit examination of prime and zoom lenses. 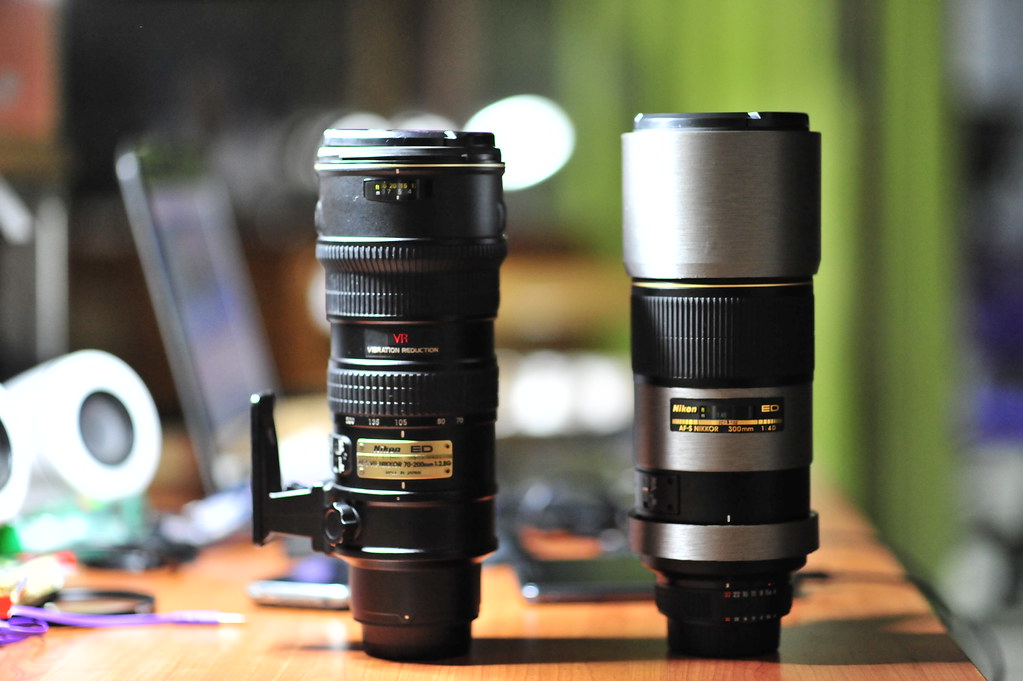 First, let's get the technical terminology out of the way. A prime lens is defined as any lens, telephoto, wide or otherwise, that is fixed at one particular focal length. Take, for example, a 300mm F/4. A zoom on the other hand generally refers to a lens that covers multiple focal lengths. In the case of sports photography, this would be something like a 70-200mm F/2.8. A zoom lens, contrary to how many use the word, is not just any lens in the telephoto spectrum (lenses tighter than 35mm).

Zoom Lenses
The zoom lens is likely the most abundant type among beginning photographers. It has earned this place primarily because of flexibility and consistency in results. When a camera company has to sell a lower level camera at a price point where it makes sense to include a "kit lens", they almost never make it a prime. This is mostly because the average beginning photographer would find this too restrictive and foreign.

When you make the step between a point and shoot non-removable lens camera to a DSLR or mirrorless camera with removable lenses, most are used to the button on the back/top that allows them to easily zoom in and out on a subject. The introduction of a zoom and focus ring is something entirely foreign, and the omittance of a zoom function entirely would be too strange. I have had non-photographer friends tell me they found my prime lens "stupid" or "annoying" because they couldn't just reframe by zooming in and out. This issue is amplified in sports, where the subject hardly ever stays at one spot in the frame and requires constant reframing to develop consistent shots. A zoom lens allows a photographer to stay in one spot and find a wide variety of possibilities without feeling restricted if the player moves too close or too far. This might sound like a case of laziness, but for beginning photographers and experienced photographers alike, the zoom lens is very versatile.

The zoom lens can foster laziness in photographers, where rather than repositioning or looking for more creative angles they opt to zoom in or out. It also allows beginning photographers to take photos that are way too zoomed out to capture the action just that little bit easier. I see photographers that seemingly out of fear of missing the subject take photos that are consistently way too wide to use in a publication or storytelling environment where the action is the desired subject.

A classic use scenario would be an athletic championship of some sort. If only equipped with one camera body and one lens, a zoom lens would be a perfect choice. The longer end of its focal reach will facilitate tight action shots during the game, but the wider end of the focal length allows close up shots of the celebration or trophy ceremony. The 300mm F/4 prime, an excellent choice for sports photography, would be useless when it came to the close-up work. A 50mm F/1.8, an excellent choice for portrait work, would likely be too wide to capture much diversity in action. A 70-200mm or similar lens excels in this area, allowing both without a lens change. However, it is worth noting that gains rarely come without a cost. Enter the prime.

Prime Lenses
Recall that the zoom lens can be quite versatile. So can the prime, but with a larger dependency on the user and choice of lens. In some cases, the prime lens instantly delivers better results. Namely, in the realms of low light performance, size, weight and sharpness, a prime lens can edge out the competition.

This isn't always the case, but most manufacturers offer diverse lineups of prime lenses, all for different purposes. This is where it is dependent on the user to understand what is required in a lens for the sporting event they will be shooting. If you can get close, a prime like a 50mm F/1.8 will perform excellently in gyms, which more often than not, are poorly lit. A 50mm can also be had for a price comparable to an entry level zoom like a 55-200mm F4.5-5.6 which would perform worse in these circumstances. The high, variable F-stop of the 55-200mm makes it difficult to get shots that aren't plagued with noise grain or improperly exposed due to the inconsistencies in light gathering (the aperture varies depending on focal length). Also, the decrease in light passing through the lens will challenge the autofocus in lower end cameras. The prime wins here.

Lenses like a 300mm F/4 prime are amazing. I believe that all serious sports photographers should consider adding one to their kit. I was able to secure one from Nikon on EBay for $560 in great condition and it excels at football, soccer, tennis and other large court outdoor sports.

Optical Issues
The astute reader will note that I have neglected to breach the subject of sharpness or optical performance. In most cases, on fully functioning modern lenses, optical performance is simply not a concern. However, the decreased optical complexity of prime lenses can make them less prone to issues like focus breathing, sharpness falloff across the zoom range and vignetting. Not all zoom lenses suffer from these issues, but a fair group does.

Autofocus Performance
I also neglected to include autofocus performance in my general comparison of benefits and costs. This is because autofocus performance among lenses of the same price tier is often relatively uniform when used on the same camera body. In fact, beyond making general declarations about speed, it is almost impossible to come up with a numerical value to quantify the notion that a lens is faster or slower. More often than not this will change based on lighting situations, subject size, movement speed and the camera body being used. All "professional" level zooms and primes lenses (typically denoted for Nikon with a gold ring on the lens barrel and a red one for Canon) will be faster and more accurate to autofocus than an introductory all plastic special. We all hope that the $2500 difference in price between the 70-200mm F/2.8 and 55-200mm F/4.5-5.6 mentioned earlier gets you something :lol:.

Comparison Breakdown
Primes:
Zooms:
So we end with this-neither a zoom or a prime is a bad option. As usual, lens comparisons come down to comparing relative statistics, not the concrete. If you shoot all types of sports and have a large budget, a 70-200mm F/2.8 is an excellent choice. A 24-70mm F/2.8 would augment this nicely if budget allows. On the lower end of the price spectrum, a 55-200mm F/4.5-5.6 and 50mm or 35mm F/1.8 is an excellent combination. The more adventurous can try and dabble in the 300mm F/4/ & F/2.8 prime range, an excellent augmentation to any kit or primary lens for outdoor sports photographers.

Questions? PM me for answers!