LCD TV: Panasonic I think? (This was more of a test to see if the box still worked. This is a backup option for the DVD player. But mom would rather watch on the 55 tv not the small PC screen) It has component, PC, RCA, & HDMI support. (Also about 10yrs old)

Note: I don't have the correct RCA cables on hand all I have is the ones seen in the photos & a RCA audio only cable that's not shown. Will be going to the store to get a new RCA cable & merger tomorrow to see if it's just the cables.

Note2: In this house if it can still turn on it's still usable thus why we still have such a old DVD player. The last time the DVD player was used was before we swapped out the reverse projection bohemoth 50 inch TV it was connected to. (Unsure if the old tv was connected via output 1 or 2 as there was so many cables connected to the TV as it only had 1 HDMI port but before we moved we had the old tv connected to surround sound)

This is what I've done so far troubleshooting it/trying to figure out how to get it to work with photos on most. 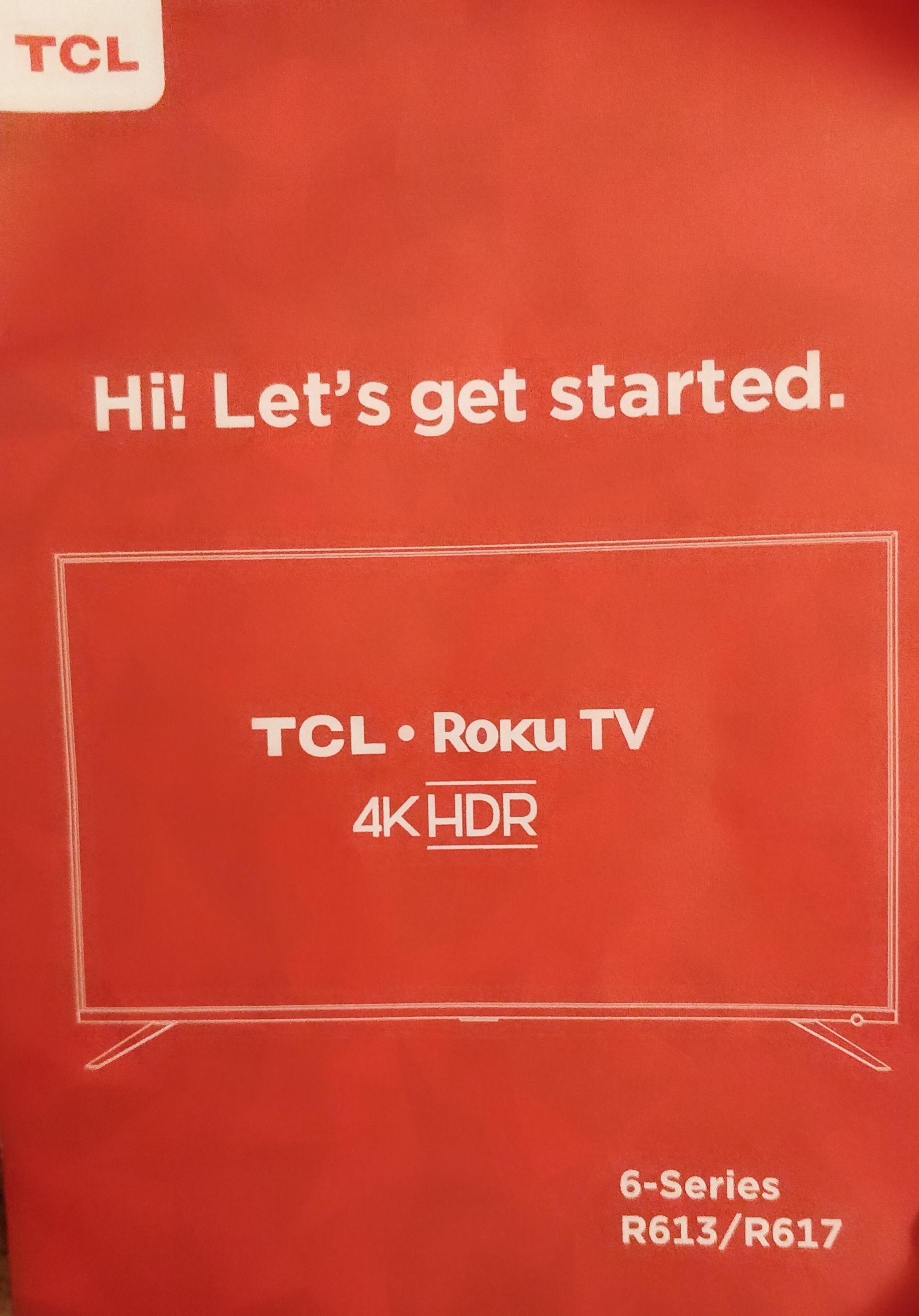 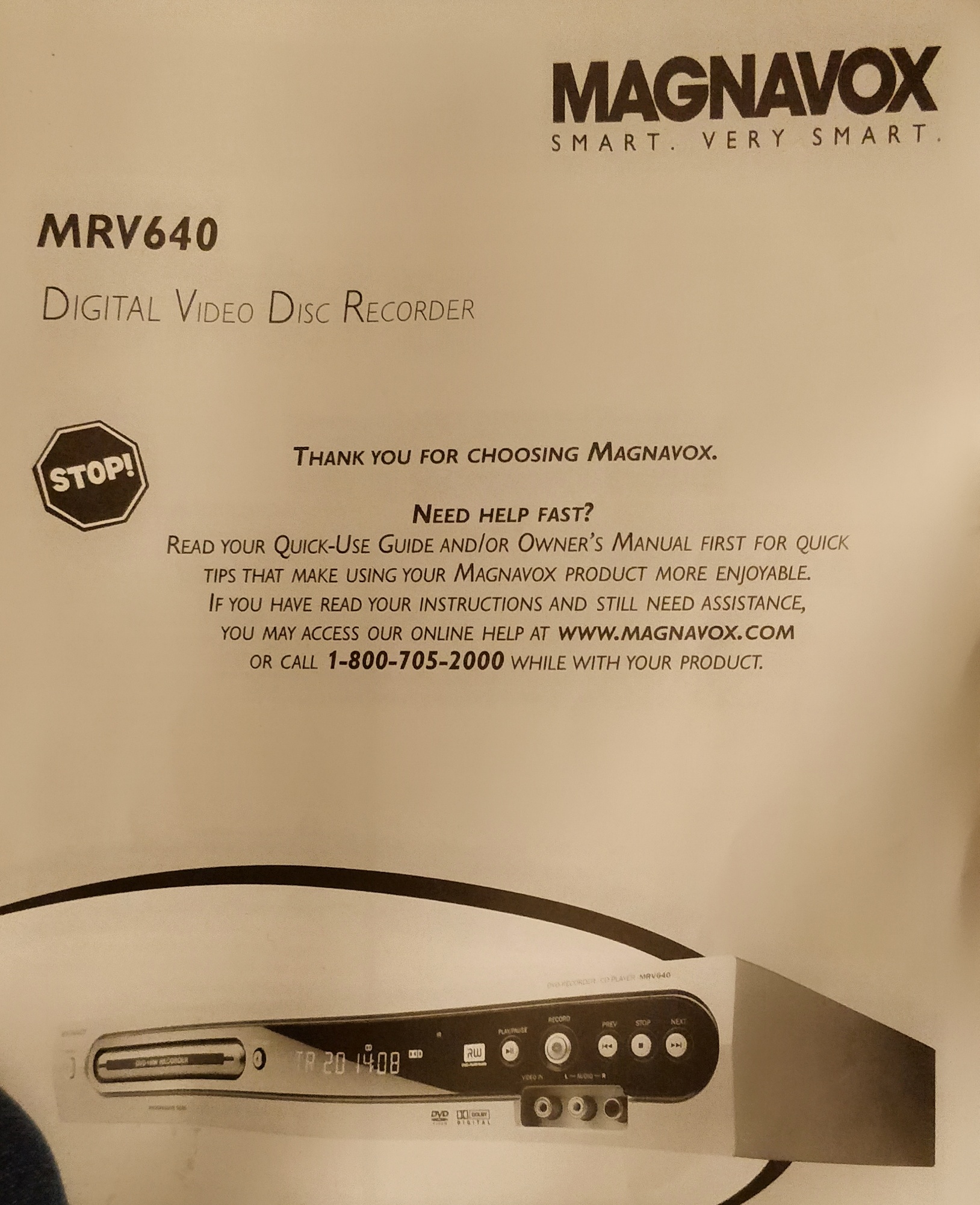 Back of the DVD player in question 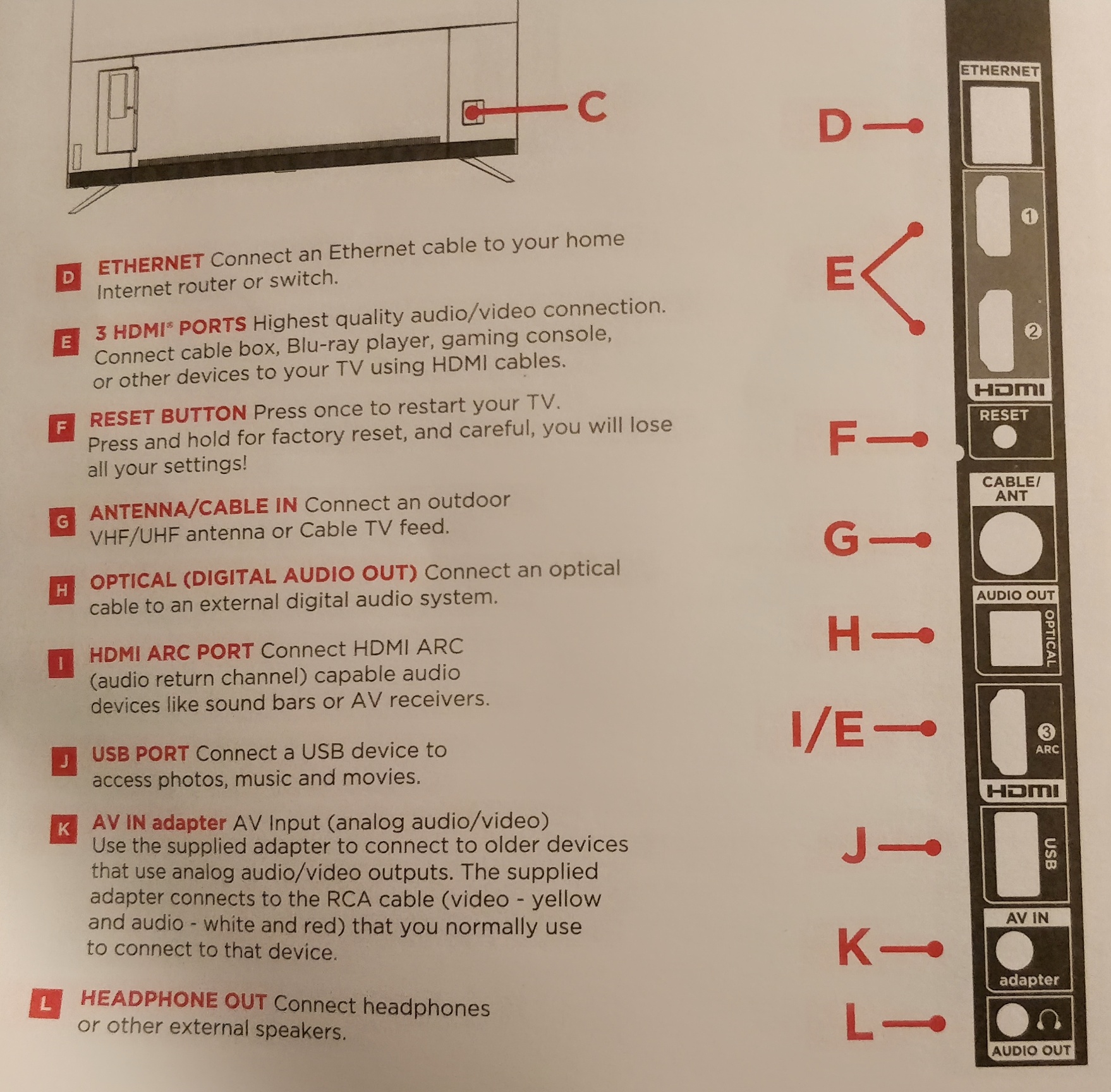 This is what I originally had the dvd set up as: 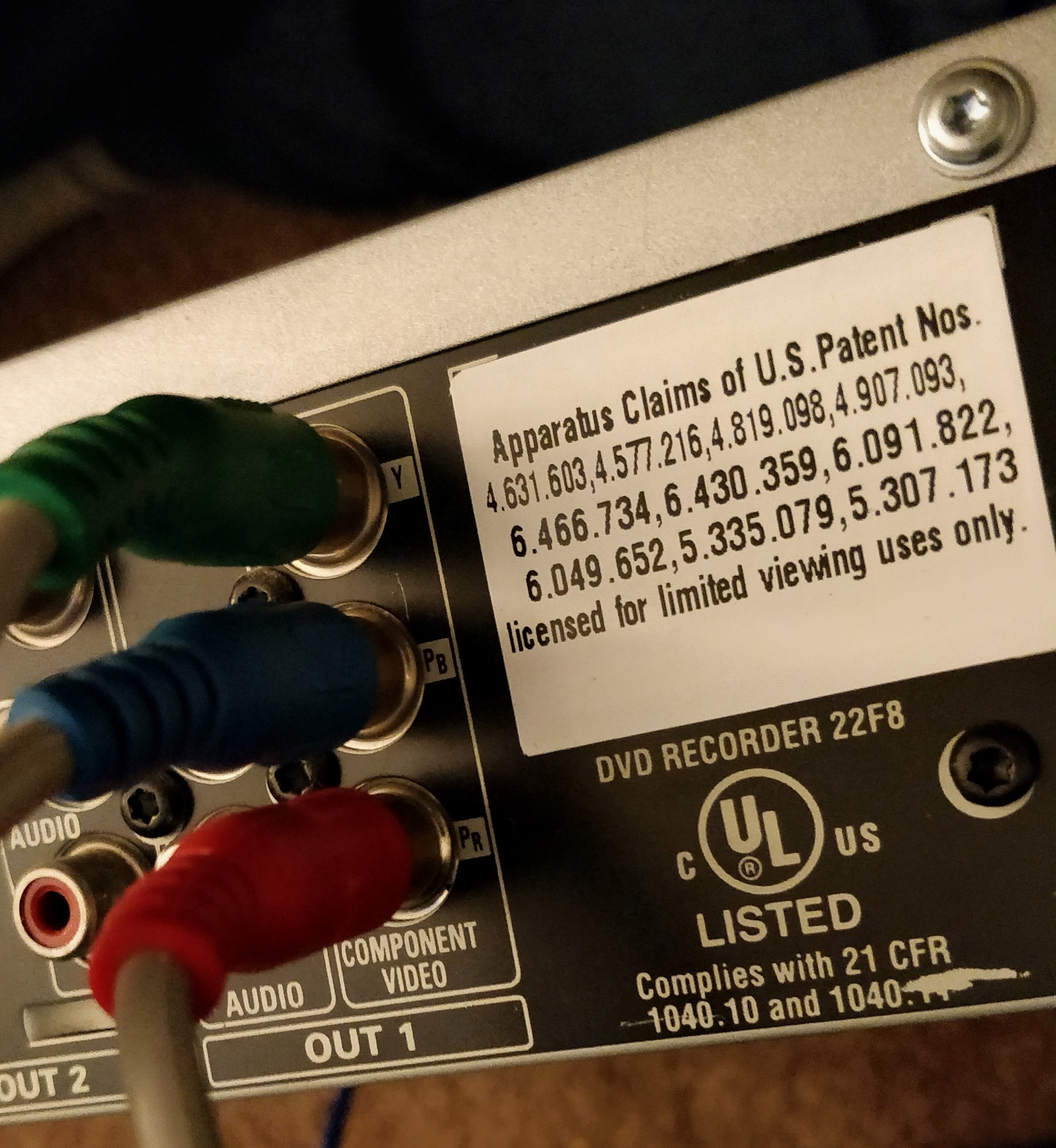 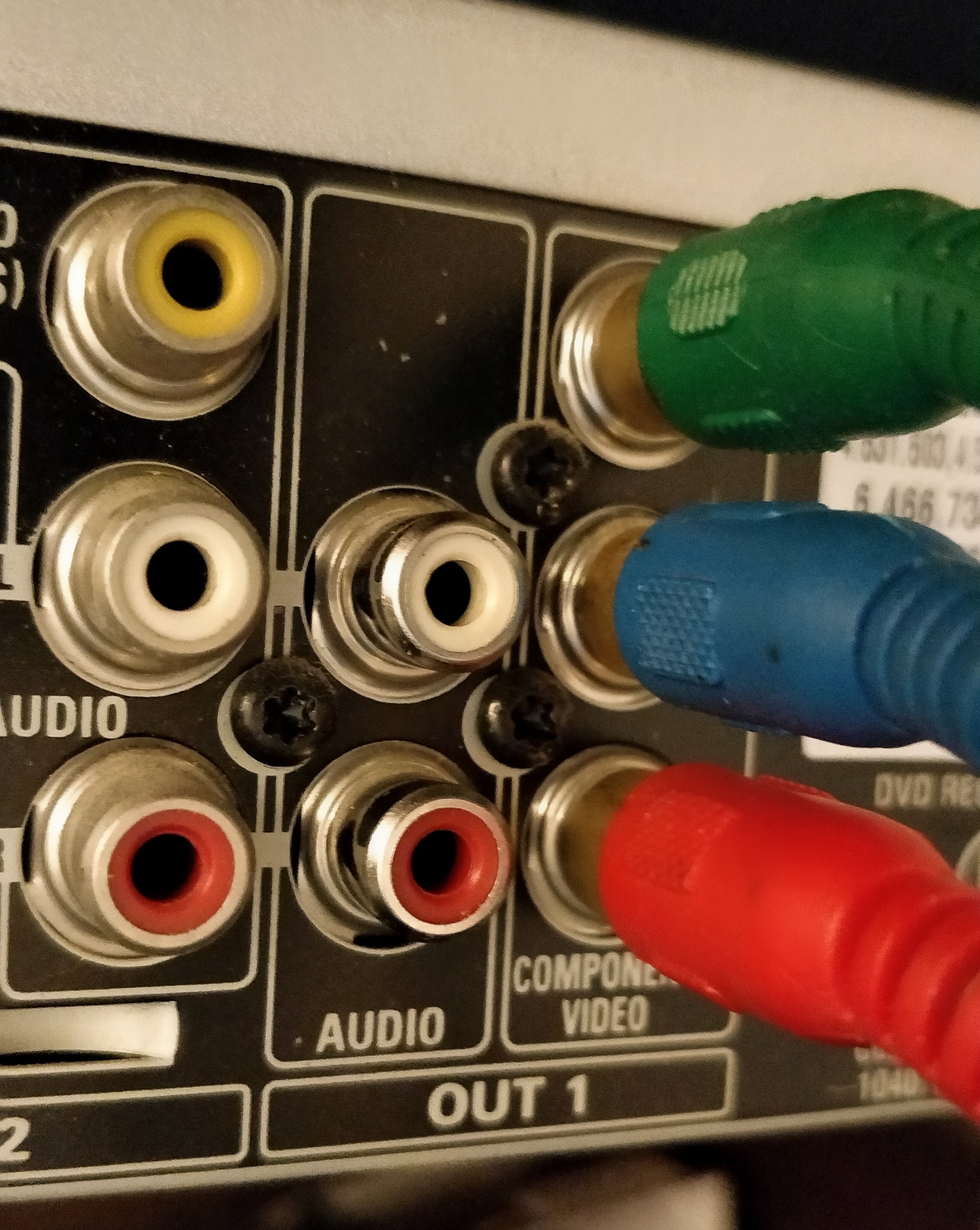 Me being a digbat #1: Tried connecting the component video & ignoring the RCA audio only cables that should have been plugged into output 1. 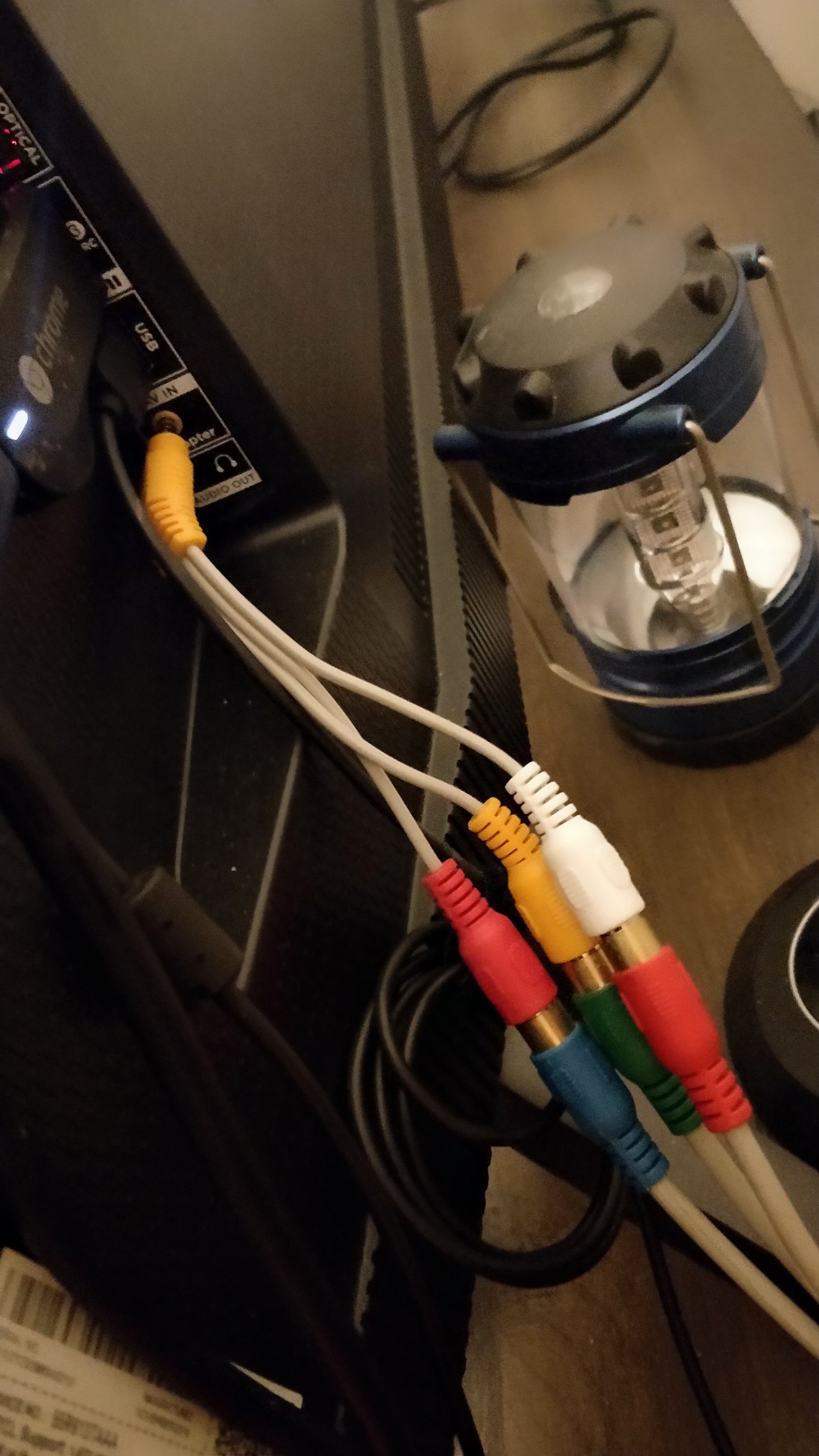 The yellow merger cable is the item that was already connected to the cable I'm using. That's where the AV input is. There's no other RCA port. Which is why I didn't think about the RCA audio cables I didn't connect to the DVD player.

Opened the AV input tile with this setup:
Tv kept on showing a black screen w 1 line that went up & down, noise and would flash out to box not found when on the AV input tile. Failed
Tv/Box: 1 Me: 0

Tested w the spare LCD TV:
Plugged the cables into a spare LCD TV we had that has HDMI, PC, RCA & Component inputs. Used the component input, was able to see the DVD player but no sound. I know the tv had sound cause I had quickly plugged my switch in & had my current game on. (Me being a digbat#2 I had forgotten to plug the RCA audio only cables in the DVD player & seen if the tv had inputs for them so I would get sound on the LCD TV)

After reaching out to some friends (who have retro gaming knowledge) that would have more knowledge of RCA/the older cable connections to TV's. We tried plugging in output 2.
(Note the reason the colors don't match on the merger is because I'm using the cables I have on hand) 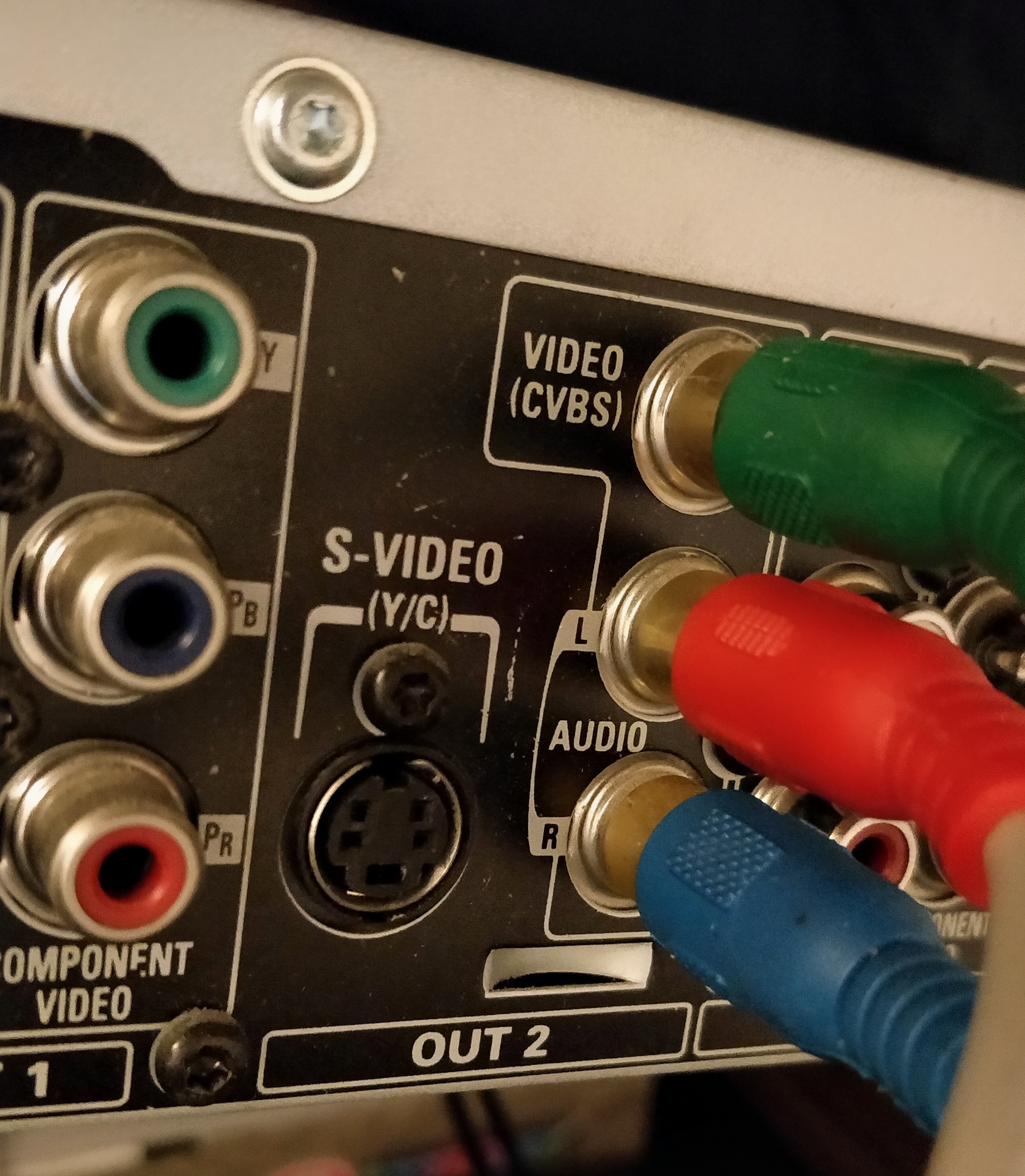 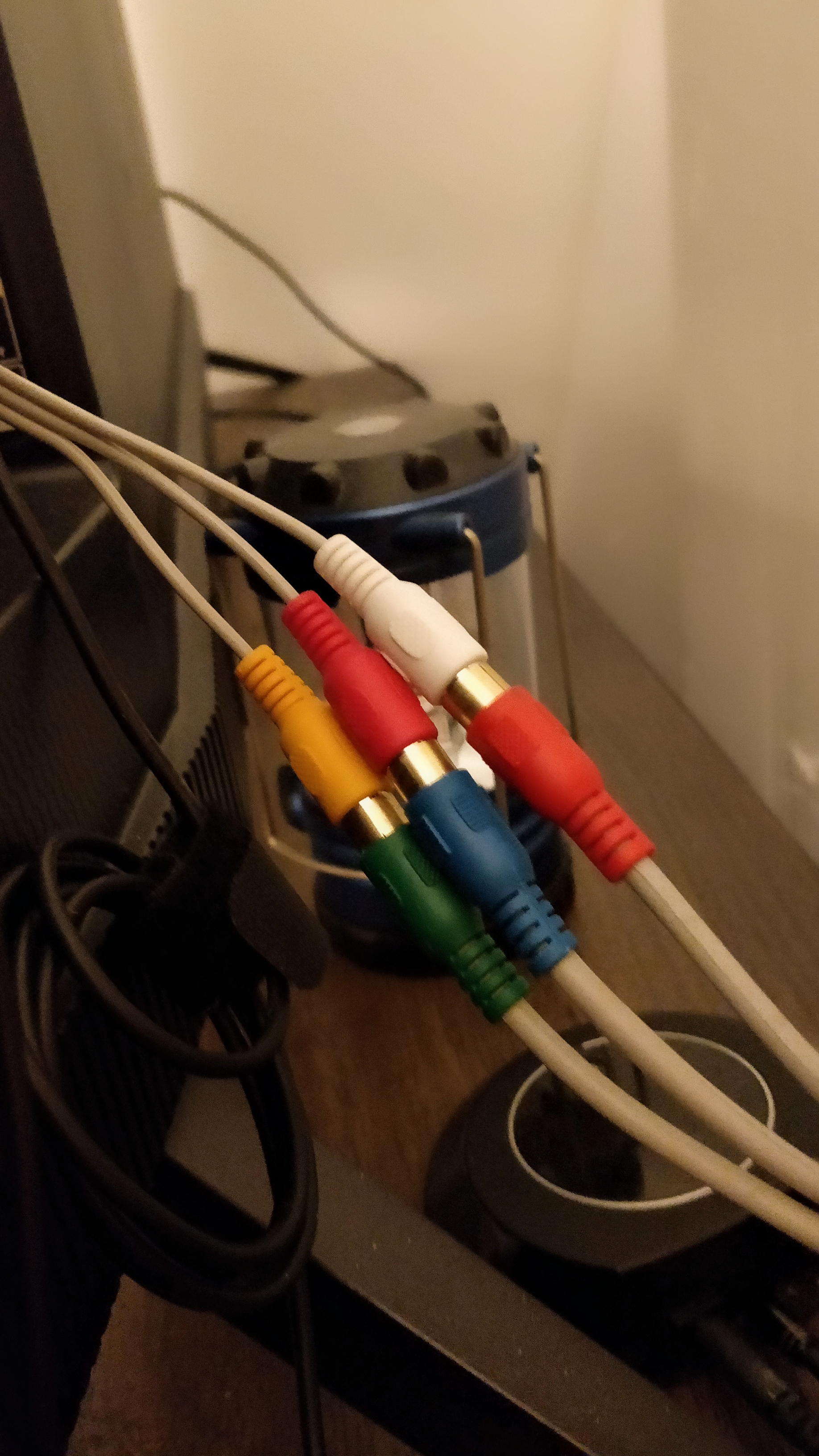 On the AV input tile on the smart TV using this setup:

Still no luck. My other option is to try again on the LCD TV & see if the tv had a audio only for the cables running from audio component option on the box or buy a actual RCA cable & a new merger cable.

So that's what I've done so far trying to get this working, please help. I may had the correct RCA cables at one point but if cords aren't connected to anything they're deamed garage & at risk of being tossed (have to talk sense to my mom into trying to keep them multiple times) or stored somewhere no one knows where they ended up/aren't talking about where they are.

If we go with a new DVD or Blu-ray player that uses HDMI would have to share a port w either my switch or the 1st gen chromecast via a HDMI switch or only connected when needed.
0
A

Sorry meant output 2.
Check the TV menu. You may have to select composite video as your AV input.
0
A

americanaudiophile said:
The AV input is for composite video (yellow) plus audio (red and white) not component video (red, blue, green).
Use output 1 on the DVD player. You can use the same cable but the colors on the cable won't match the colors on the DVD or adapter. Will work fine.
Click to expand...

You mean output 2 (yellow/red/white & s port)? Cause output 1 is component (red/green/blue & red/white audio no yellow) the ports are close to each other thus why I think you got them confused.